Next Article: Bitcoin (BTC) Price Watch: Down But Not Out!

Bitcoin cash price made a nice upside move above $700 against the US Dollar. BCH/USD could continue to move high as long as it is above $700.

During the past two sessions, there were decent moves in bitcoin cash price above $650 against the US Dollar. The BCH/USD pair traded above the $700 barrier to move into a positive zone. More importantly, there was a break above the $710 resistance to set the pace for more gains. The price traded as high as $731 before it started a downside correction. It seems to be heading towards the 23.6% Fib retracement level of the last wave from the $662 low to $731 high at $715.

Below the mentioned Fib level, there is a key bullish trend line formed with support near $712 on the hourly chart of the BCH/USD pair. The trend line support holds a lot of importance since it is above the $710 pivot and support area. The next major support is close to the $700 handle and the 100 hourly simple moving average. It coincides with the 50% Fib retracement level of the last wave from the $662 low to $731 high. 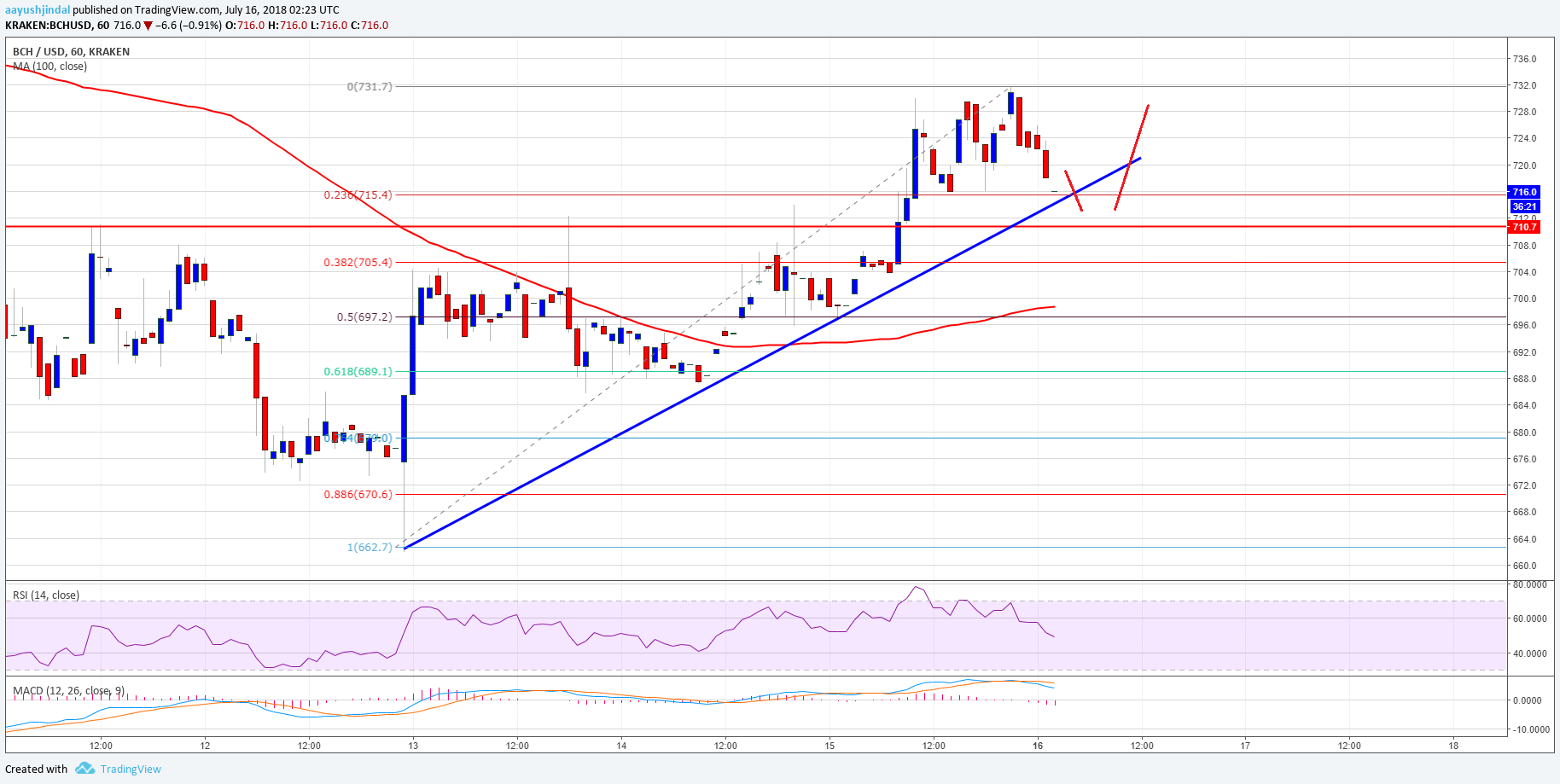 Looking at the chart, the price remains in a positive zone as long as it is above the $700 zone. On the upside, resistances are seen near $730 and $740.

Hourly MACD – The MACD for BCH/USD is slowly moving back in the bearish zone.

Hourly RSI (Relative Strength Index) – The RSI for BCH/USD is declining towards the 50 level.