Ethereum price is struggling to gain momentum against the US Dollar and bitcoin. ETH/USD must hold the $465 support to bounce back in the near term.

Yesterday, there was a nice upside move above the $470 resistance in ETH price against the US Dollar. The ETH/USD pair spiked above the $485 level and formed a high at $485.71. Later, the price started a downside correction and traded below $475. It broke the 23.6% Fib retracement level of the last wave from the $445 swing low to $485 high.

However, the decline was protected by a key support near $465 and the 100 hourly simple moving average. The 50% Fib retracement level of the last wave from the $445 swing low to $485 high also acted as a strong support. Moreover, there is a major bullish trend line in place with support at $470 on the hourly chart of ETH/USD. It seems like there is an important support formed near $465 and the 100 hourly SMA. As long as the price is above the $465-470 support zone, it could bounce back. If it fails to hold $465, there may perhaps be a push back towards the $455 level. 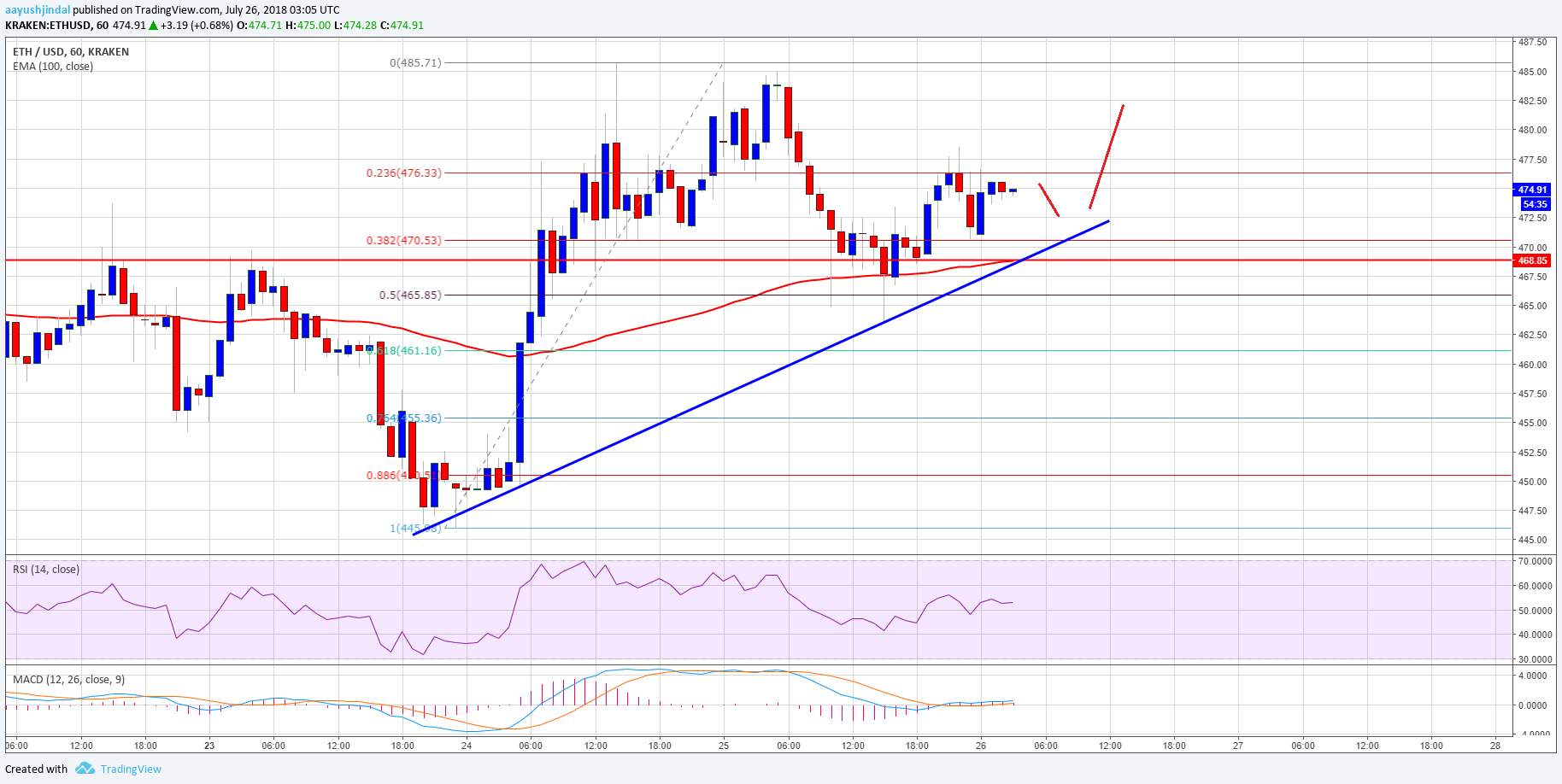 Looking at the chart, the price is holding the $465 support very well. More importantly, the trend line and the 100 hourly SMA near $468 can also be considered as a buy zone. On the upside, a break above the $485 high is likely to clear the path for more gains.

Hourly MACD – The MACD is currently neutral in the bearish zone.