Bitcoin cash price is under pressure below the $800 support against the US Dollar. BCH/USD is trading below $760 and it could revisit the $720 support.

There was a rejection noted around the $820 zone in bitcoin cash price against the US Dollar. The BCH/USD pair failed to break the 100 hourly simple moving average and $830. As a result, there was a sharp decline and the price tumbled below the $800 and $770 support levels. During the decline, it even settled below the last swing low at $780. Moreover, there was a break below the 1.236 Fib extension level of the last wave from the $779 low to $840 high.

It opened the doors for more losses and the price dipped below the $750 support area. At the outset, the price is now trading well below the $800 support and the 100 hourly SMA. On the downside, the $740 level may perhaps act as a support. It represents the 1.618 Fib extension level of the last wave from the $779 low to $840 high. Below this, the next support for buyers is around the $720 level. On the upside, an initial resistance sits at $765. There are also two bearish trend lines formed with resistance at $770 and $810 on the hourly chart of the BCH/USD pair. 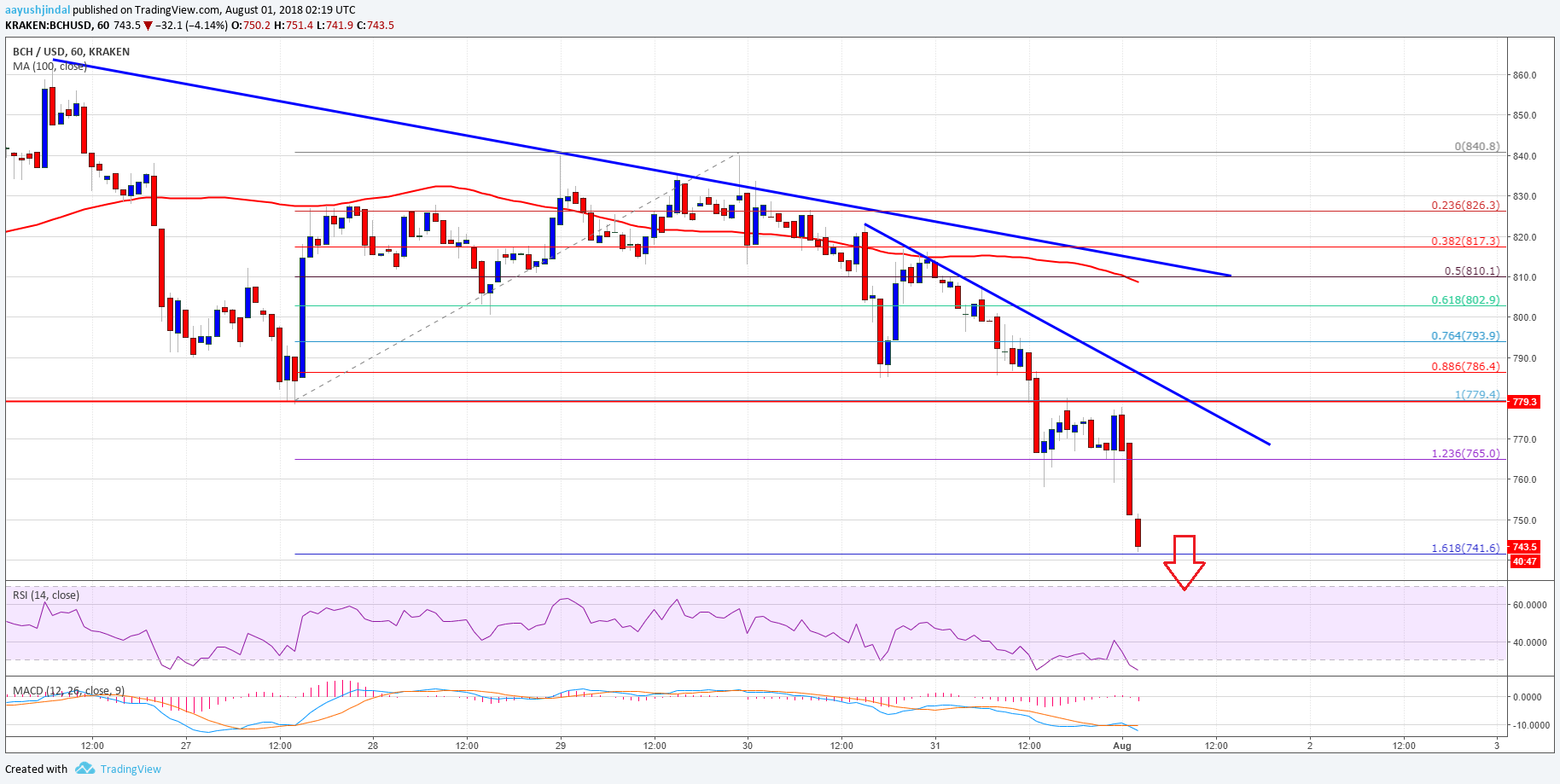 Looking at the chart, the price is clearly in a downtrend and it could accelerate declines towards the $720 and $700 level.

Hourly MACD – The MACD for BCH/USD is gaining in the bullish zone.

Hourly RSI (Relative Strength Index) – The RSI for BCH/USD is now in the oversold zone.