Bitcoin Cash price barely drew support during its first anniversary as it sets its sights on a lower support zone.

The 100 SMA is still above the longer-term 200 SMA for Bitcoin Cash to signal that the path of least resistance is to the upside. However, price has tumbled below both moving averages to reflect a pickup in selling pressure. The 50 SMA is also making a bearish crossover.

Price looks ready for further declines until the very bottom around $660 but RSI has made it to the oversold region to reflect exhaustion among sellers. Similarly stochastic is in oversold territory to signal that sellers are taking a break to let buyers take over.

If support holds, another move back to the range top around $880 to $900 may be in order. Resistance might also be located at the middle of the range around $760. However, sustained selling pressure could spur a break below the nearby floor and spur a steeper slide. 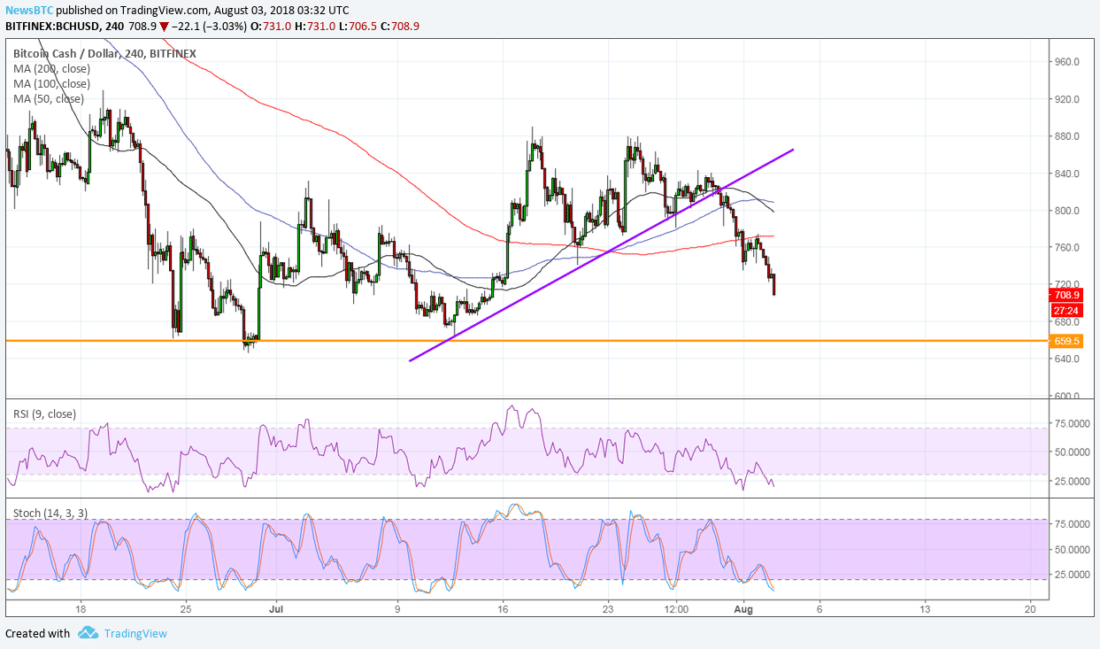 Cryptocurrencies have all had a rough ride in the past week on the HitBTC outage and negative commentary from Nobel Prize-winning economist Krugman. For some analysts, this merely marks a correction from the strong gains posted in the earlier weeks.

However, some say that the gains were too good to last and that Bitcoin Cash and its peers are doomed to fall back to June lows or even lower. Either way it would take a really strong positive catalyst or a set of good developments to revive gains for digital assets in the coming days.