Cardano price fell further against the US Dollar and Bitcoin. ADA/USD is likely to extend the current slide towards the $0.1200 level in the near term.

There were minor recoveries above $0.1400 in cardano price against the US Dollar. However, the ADA/USD pair failed to gain momentum above the $0.1400 level and declined sharply. The price broke the $0.1350 and $0.1300 support levels to move into a bearish zone. The decline was such that the price traded to a new bi-monthly low near the $0.1220 level. 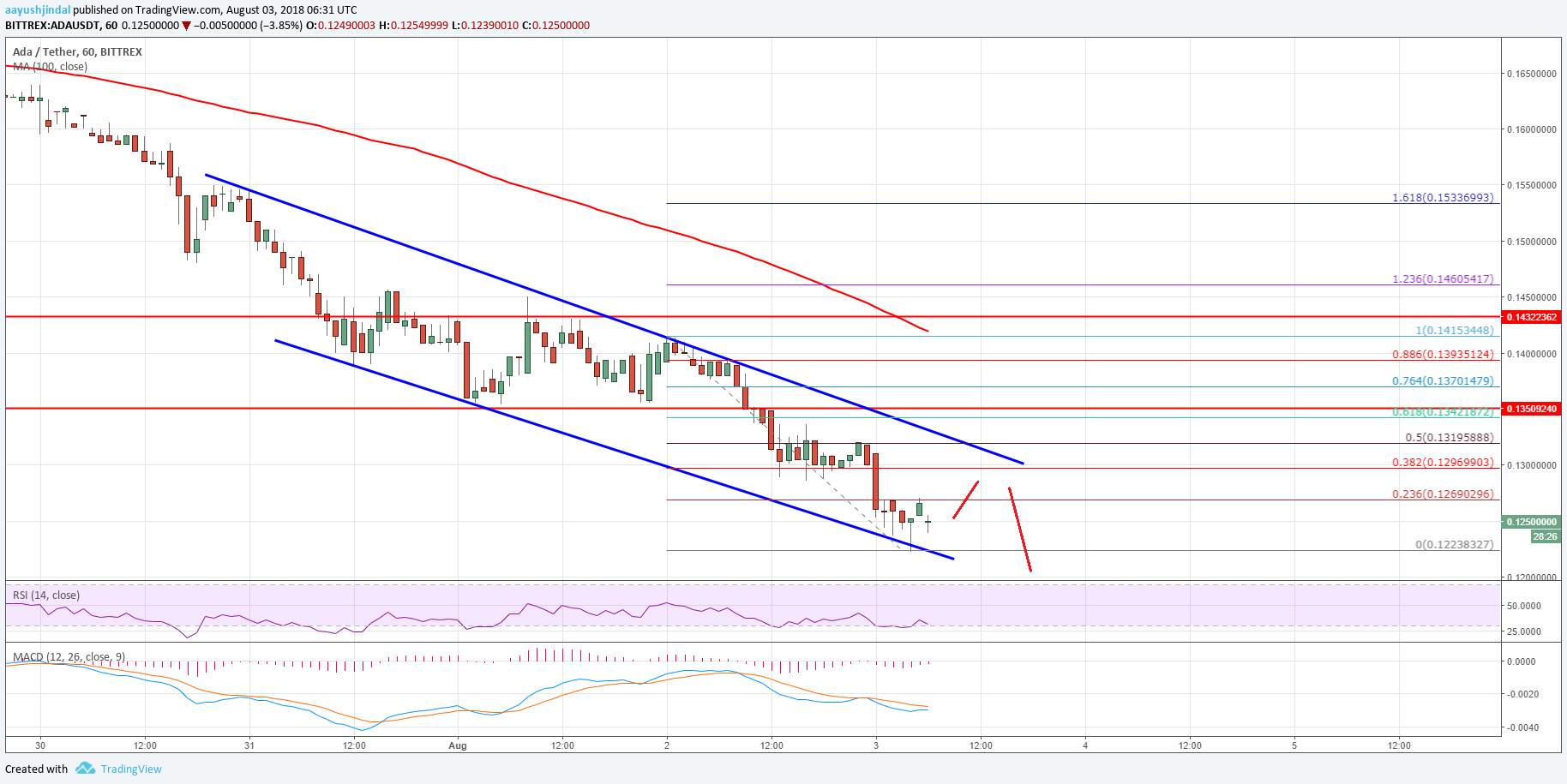 Hourly RSI – The RSI for ADA/USD is currently moving lower towards the 30 and 25 levels.