Just like most coins in the top 10, NEO is sliding with Bitcoin. So far, it is down 19 percent on a weekly basis and as the dump continues, bears are likely to break below $25, our main support line and the lower limit of the $20 trading range. Remember, this erosion is happening at the back drop of solid fundamentals that are technically supportive of price. 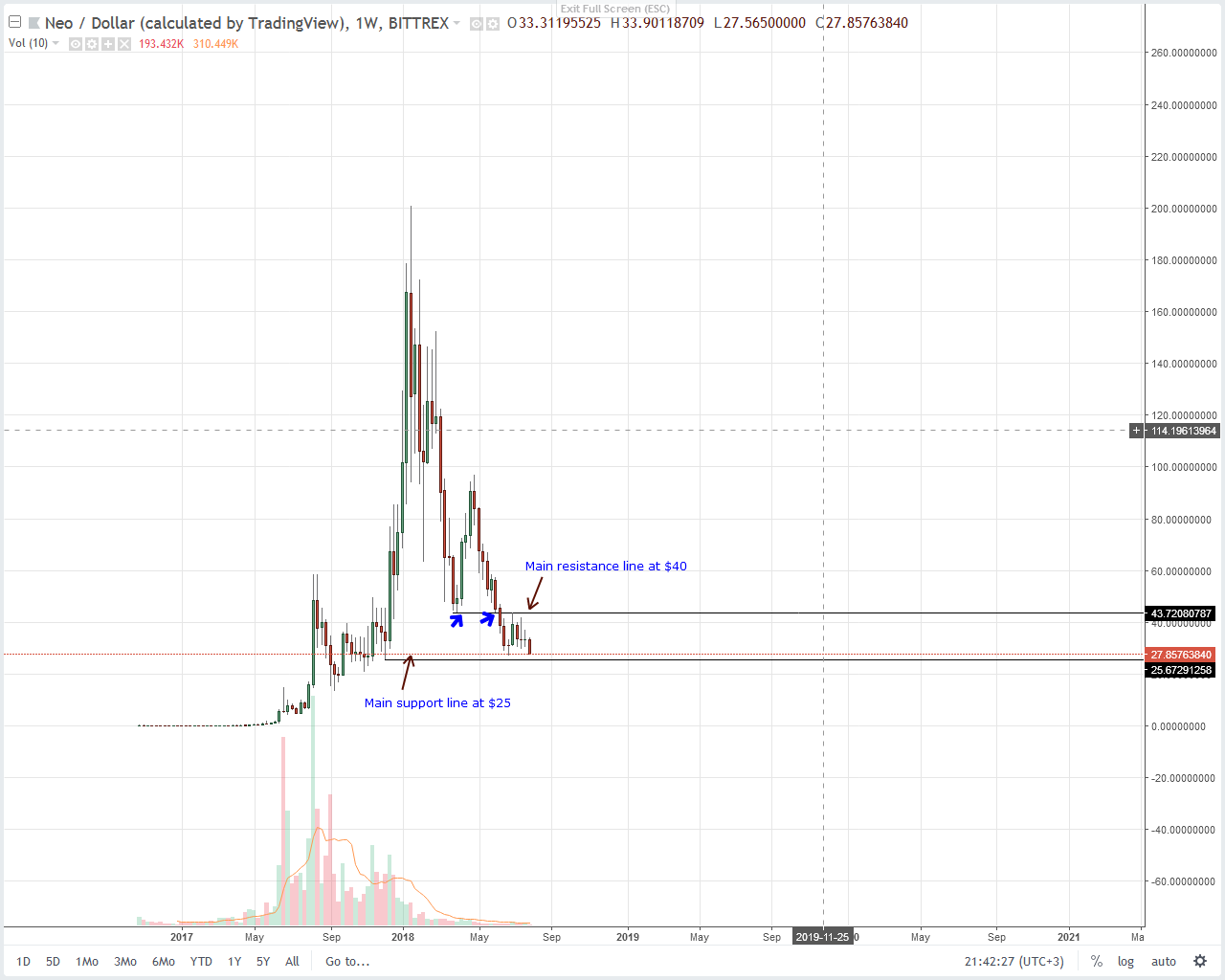 On a weekly basis, NEO is down 20 percent and the reflection of that capitulation is clear in the weekly chart. Note that after breaking below April lows on week ending June 10, NEO has been on a slump in literal sense.

Yes, there were attempts of higher highs in the first two weeks of July but afterwards, bears took over. At current prices and bear velocity, we might see NEO prices printing below $25 for the first time this year. 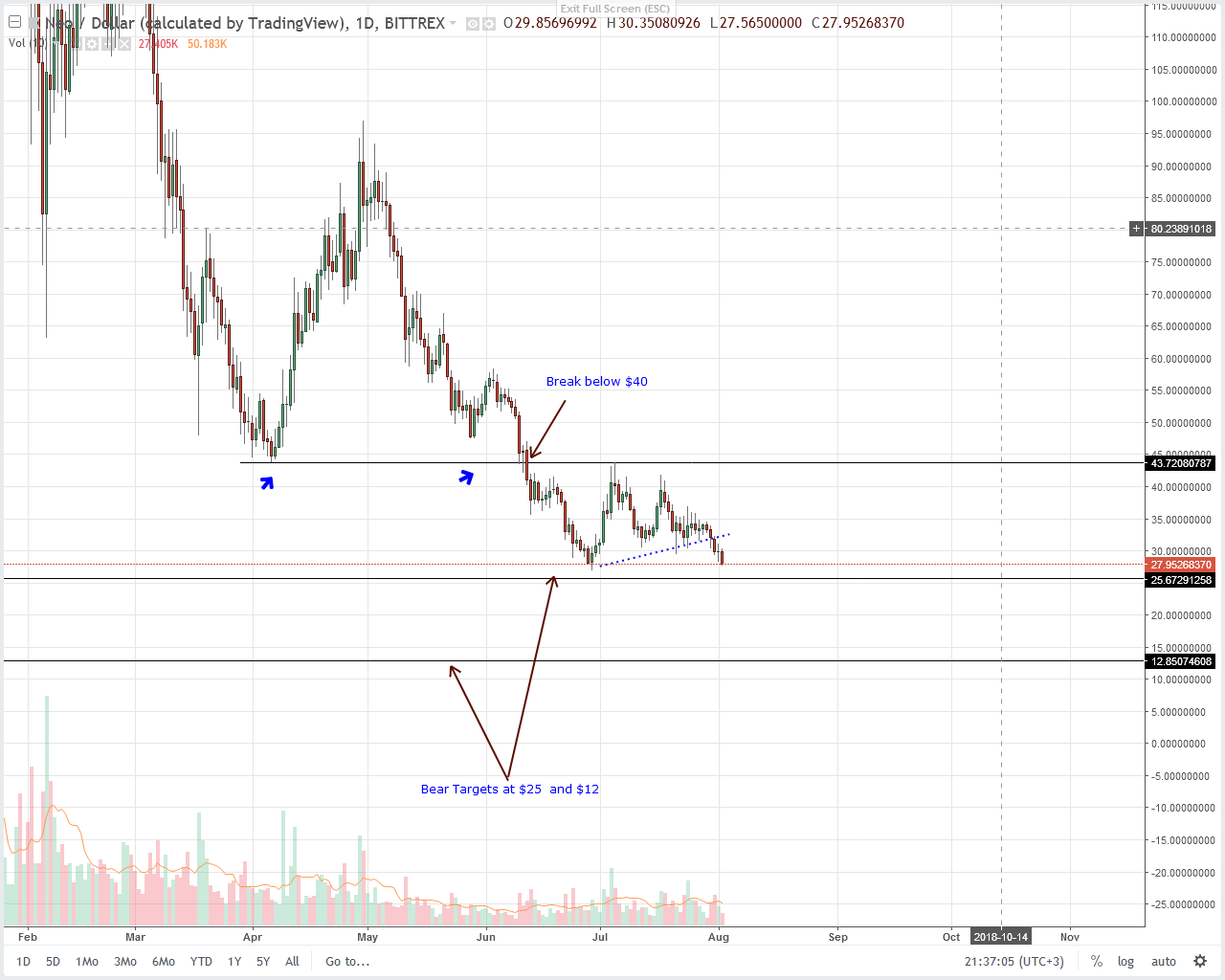 As highlighted in our previous technical analysis, NEO prices are technically bearish. Before this recent depreciation, we needed strong conclusive close above $40. That’s previous support now resistance and a bear break out level of June 10. It’s an important price level in my opinion.

Now, for buyers to be in charge, we must see moves above this $20 consolidation and trends above $40. However, that is steep for buyers. Instead odds are sellers might sync in with the main trend, close below $25 or July 2018 lows.

Notice that sellers are also past the one month support trend line of July 2018. This means there is a multi-level support break if we consider June 10 break below.

Once prices breach $25,we suggest taking shorts on every retracement testing $25 with first targets at $15.