Next Article: EOS Price Watch: Eyes on These Next Support Zones

Bitcoin cash price declined heavily after closing below $700 against the US Dollar. BCH/USD could continue to move down towards the $620 and $600 levels.

There was a decent recovery yesterday above the $700 level in bitcoin cash price against the US Dollar. However, the BCH/USD pair was completed rejected by the $708-710 resistance area. Many hurdles near the $710 level prevented an upside break, including the 100 hourly simple moving average. The 61.8% Fib retracement level of the last drop from the $720 high to $680 low also acted as a resistance.

More importantly, yesterday’s highlighted important bearish trend line prevented gains near $705 on the hourly chart of the BCH/USD pair. The pair started a sharp downside move and broke the $700 and $670 support levels. It opened the doors for more losses and the price even broke the $650 support. It seems like the price is likely to accelerate losses below $650 and it could trade towards the $620 support. Below this, the price might even test the $600 handle. An initial resistance on the upside is near the $650-660 zone. 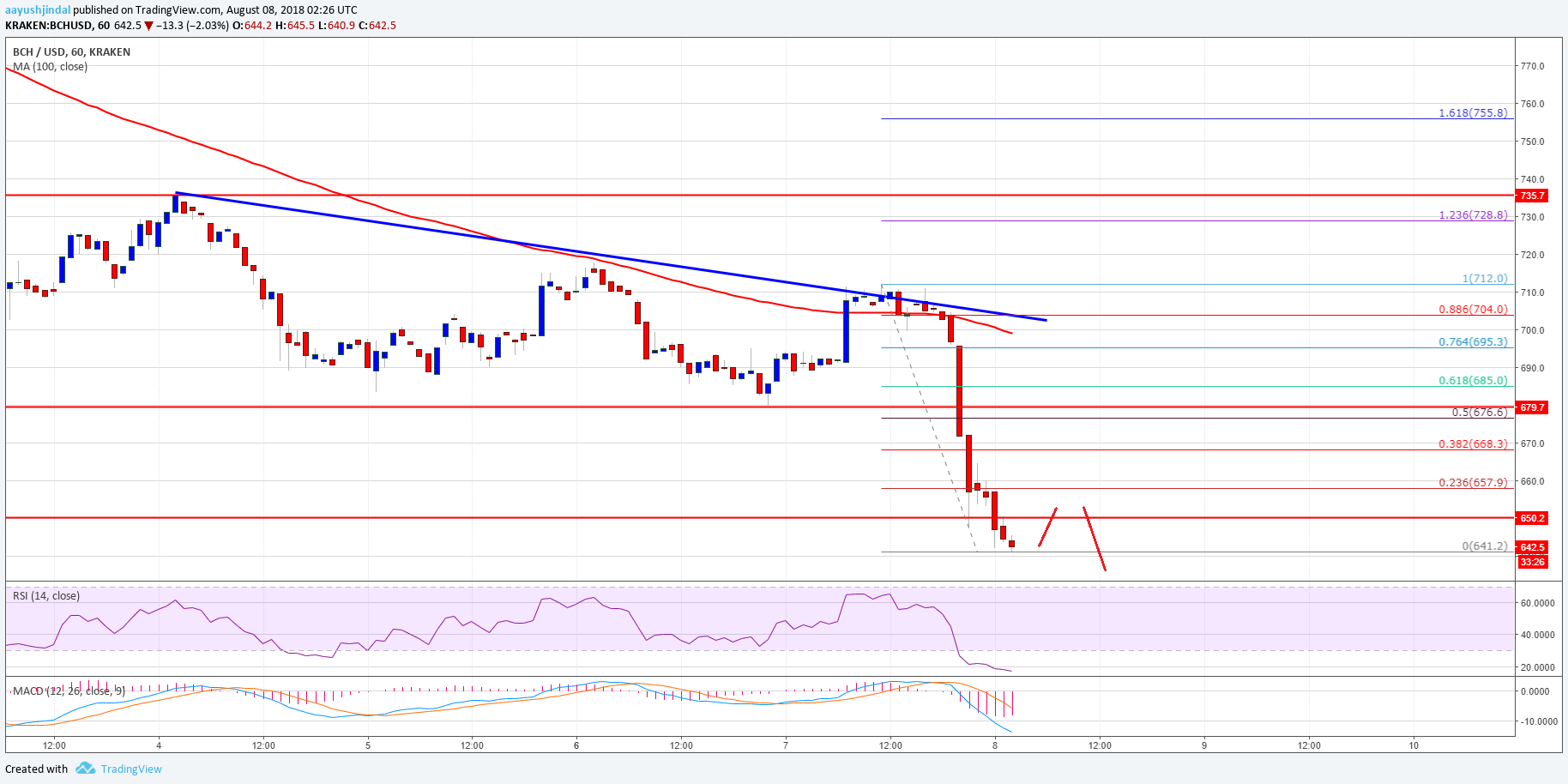 Looking at the chart, BCH price is clearly in the red zone below $670. If it corrects higher, the previous supports like $670, $680 and $700 are likely to act as a strong barrier for buyers. On the downside, $600 support may well play an important role in the near term.