Next Article: Ripple Price Analysis: XRP/USD Could Decline To $0.2600

Cardano price is facing an uphill task against the US Dollar and Bitcoin. ADA/USD remains at a risk of more losses below the $0.1100 level in the near term.

After a short-term correction, cardano price failed to move above the $0.1250 resistance against the US Dollar.  The ADA/USD pair topped near the $0.1270 level and started a fresh downside move. It declined sharply and broke the $0.1100 support. A new monthly low was formed at $0.1070 and later the price started trading in a range. It broke the 23.6% Fib retracement level of the last slide from the $0.1267 high to $0.1070 low.

However, it seems like the price struggled to break the $0.1150 level and the 100 hourly simple moving average. Moreover, the 38.2% Fib retracement level of the last slide from the $0.1267 high to $0.1070 low also acted as a resistance. The price is currently trading in a tight range above the $0.1100 level. On the upside, there is a crucial bearish trend line formed with resistance near $0.1170 on the hourly chart of the ADA/USD pair. The pair has to move past the trend line, the 100 hourly SMA, and the $0.1200 resistance to gain upside momentum. 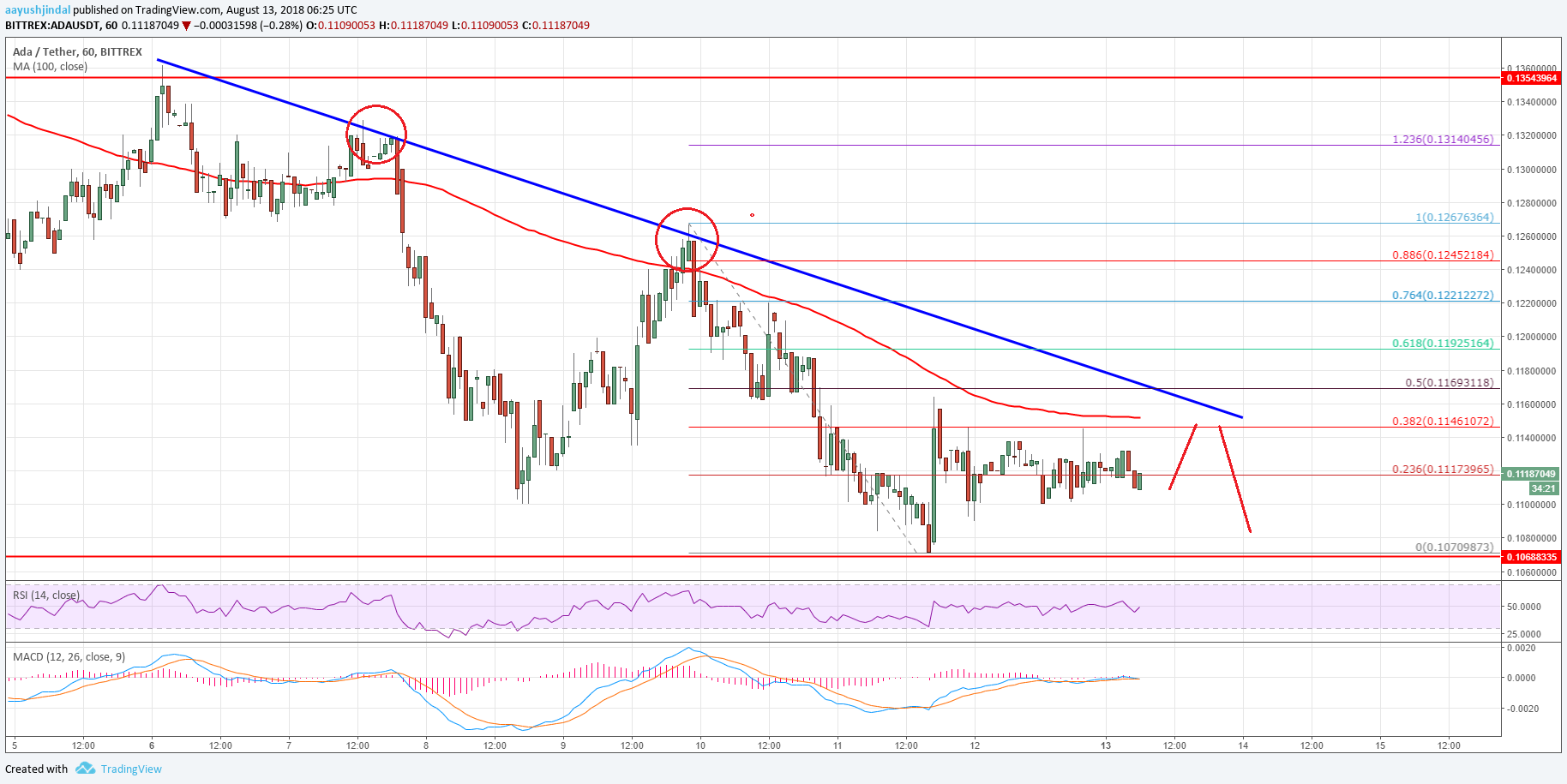 The chart indicates that ADA price may struggle to break $0.1200. If sellers gain traction, there is a chance of more declines below the $0.1070 low. In this case, the price could even test the $0.1000 level in the near term.

Hourly MACD – The MACD for ADA/USD is slightly moving in the bearish zone.

Hourly RSI – The RSI for ADA/USD is currently just below the 50 level.