Following a number of attempts at a digital currency, the most successful being B-money, the enigmatic Satoshi Nakamoto began working on his whitepaper in 2008. In October of the same year it was published, titled “Bitcoin: A Peer-to-Peer Electronic Cash System”.

The nine page paper outlined the design and justification for a digital currency with the intention of doing what no other attempt could do before: create an anonymous, trustless, decentralized currency.

“What is needed is an electronic payment system based on cryptographic proof instead of trust, allowing any two willing parties to transact directly with each other without the need for a trusted third party. Transactions that are computationally impractical to reverse would protect sellers from fraud, and routine escrow mechanisms could easily be implemented to protect buyers.”

The proof-of-work protocol was developed from Dai Wei’s B-money in order to enforce a ‘one CPU one vote’ policy as outlined by Nakamoto in his now famous paper. Unlike traditional money, Bitcoin was also designed to be a deflationary currency, meaning that there will only be a limited amount of them that will ever exist, specifically 21 million. The reward miners get for finding each new block decreases over time and is halved every 210,000 blocks, approximately every four years. It started off at 50 BTC and is currently 12.5 BTC.

Satoshi was not fond of the modern banking system, particularly fractional-reserve banking whereby a bank accepts deposits, makes loans or investments, but is required to hold reserves equal to only a fraction of its deposit liabilities. 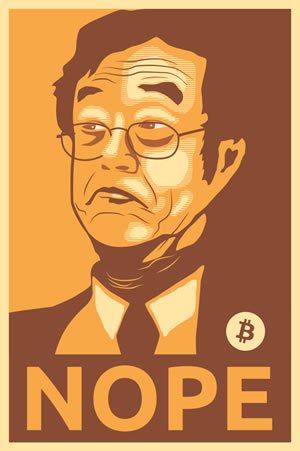 According to Wikipedia, Nakamoto claimed to be a man living in Japan, born on 5 April 1975. The true identity remains a mystery however there has been several claims to Bitcoin creation fame over the past decade and a lot of speculation. These included Australian academic Craig Wright who was proved to be a hoax, and more recently SpaceX founder Elon Musk who has denied the claim.

In the early days Bitcoins were originally sent to and from users out of interest and to test the software. The first real use of BTC to actually buy something was made in 2010 when Laszlo Hanyecz famously asked for pizza on the bitcointalk forum in exchange for 10,000 Bitcoins. He received a $25 order of pizza in exchange for the BTC marking the first ever transaction for a tangible asset. It went from magic worthless internet money to something with real value and this was Laszlo’s intention all along, to see Bitcoin flourish.

Since then it has been used across the globe to pay for services and products but still has a long way to go until mainstream adoption and worldwide legitimacy is achieved. 2017 was the year that Bitcoin came to the world’s attention when its price surged over 2100% from $900 in January to a high of $20,000 in December.

Tags: Bitcoin Pizzabitcoin whitepaperblock schooleducationLaszloSatoshi Nakamoto
TweetShare
BitStarz Player Lands $2,459,124 Record Win! Could you be next big winner? Win up to $1,000,000 in One Spin at CryptoSlots

Declaring Crypto Assets Could Save Investors Thousands in Taxes