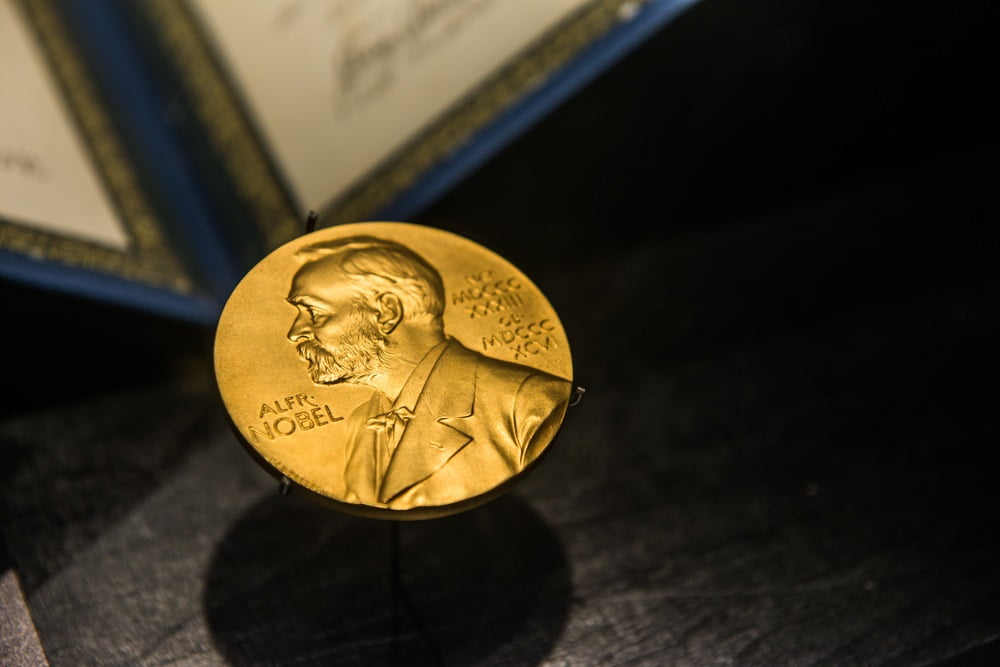 Just twelve months ago, all a firm would need to do to get massive attention was to announce that they were working with blockchain technology. However, much of that market exuberance has now subsided, leaving companies trying different marketing techniques.

The latest emerging trend in the blockchain startup space is to take advice from an expert in their field who is celebrated at the highest level.

Previously, startups have relied on the heavy use of buzzwords in their branding – see examples of Kodak and Long Blockchain Corp., or the use of celebrity shills to encourage participation in initial coin offering (ICO) sales.

Increasingly, startups are relying on the clout carried by Nobel Prize winners to draw the dwindling levels of attention from those still interested in the space after the nine month long crypto bear market. According to research cited by Bloomberg, amounts raised by ICO funding were at their lowest for a year and a quarter during last August.

Examples of firms calling on the expertise of prize winners include: The Covee Network (who are working with game-theory and market design Nobel prize winner Alvin Roth), Prysm Group (who are advised by 2016 economics co-laureate and Harvard University professor Oliver Hart), and Cryptic Labs LLC (partnered with Eric Maskin – 2007 winner – and Christopher Pissarides – 2010 co-laureate).

However, the decision to use such respected experts seems more about a genuine desire to work with some of the planet’s most talented minds in their fields than as a quick way to lure investment. Roth told Bloomberg about his involvement in Covee and the reasons that he eventually decided to join the team:

“When I was first approached about joining, I spent a good deal of time thinking about whether I would just be a decoration, or whether I would actually be able to contribute… They are embracing game theory as a way of incentivising participation.”

Marcel Dietsch, CEO of Covee, also told the publication about his company’s relationship with Roth:

“It was the seriousness of the team, and our existing relationships that distinguished us.”

Dietsch went on to comment that the interest Nobel Laureates have in the blockchain space shows a much more mature industry than that of last year. Back then, a budding ICO would need to get some high profile endorsement and they would be gifted potentially hundreds of millions of dollars for little more than an idea.

The premise of Covee is to create a marketplace for skills that should, if successful, disrupt the notion of the firm itself. The plan is to allow ad hoc teams of professionals to form around an idea and disband after its completion. Roth will help to create a game theory incentive structure using a system of value tokens to ensure that free-riders are discouraged whilst participation is encouraged.

The whitepaper of the project states:

“Why is most of the workforce stuck within the boundaries of centralised intermediaries such as the centuries-old corporation?… Both trust and traditional organisations are limited in terms of scale.”

Interestingly, those behind Covee are not even planning on holding their own ICO. They may have been informed by growing regulatory concerns about the legality of such a token sale. Such inclusion of high profile game theorists and a decision to forego the funding method that has seen companies have millions dumped into their laps certainly shows a blockchain space that is maturing rapidly.

Tags: blockchain growing upBlockchain Startupsnobel prize winner
TweetShare
BitStarz Player Lands $2,459,124 Record Win! Could you be next big winner? Win up to $1,000,000 in One Spin at CryptoSlots