Crypto Incentivizes the Capture Data for the Global Seafood Industry 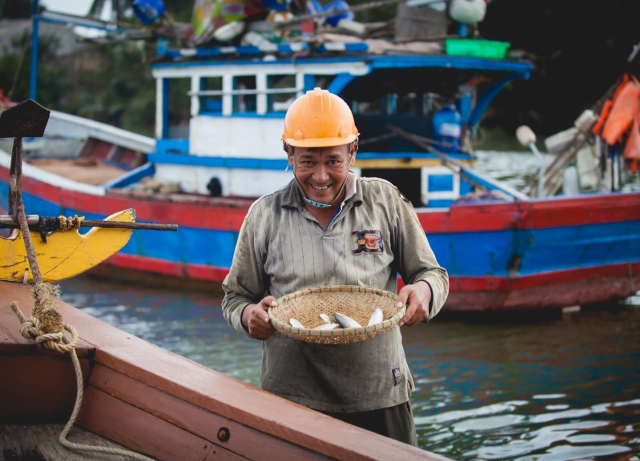 When your food has traveled from half a world away, how can full supply chain traceability from source to the table be provided?

The volume of imports and exports surrounding what is — in the 21st century — a thoroughly international seafood industry, is widely reported to be continually expanding at an exponential rate.

Fish out of water

When it comes to produce, the origin and journey of a fresh product bring great value to both the paying consumer and, as a result, the retailer as well. Conversely, mistakes can be scandalous and even dangerous to consumers.

Not every producer-retailer or consumer — has access to the same means or markets, and this is particularly true for landlocked countries.

That doesn’t mean that consumers and businesses in such regions don’t possess the same appreciation (if not more, on occasions) than those facing the sea.

Such regions are serviced, in large part, by the import and export industry, which has enjoyed unmitigated growth in many countries throughout the last decade.

In a world of oversaturation with regard to the ICO space, it can be difficult to identify the diamonds in the rough.

Fishcoin aims to prove itself to be one of these gems.

The team is interweaving a multitude of solutions, which fundamentally incorporates the benefits of blockchain technology, to the many problems and challenges facing the massive seafood industry today.

Fishcoin’s decentralized ecosystem approach will increase the volume and improve the veracity of seafood data by incentivizing data capture across the supply chain of the seafood industry.

The Fishcoin team are collaborating with the GSMA (representative body of most of the world’s mobile network operators), so that in most locations around the world an actor at any respective supply-chain stage, whether they have access to banking or not, can receive token-based incentives in return for correct and accurate documentation of important harvest key data elements. They can be converted to mobile airtime top-ups anytime.

Judging a crypto by its friends

Fishcoin’s portfolio of associates and partners is both vast and accomplished — along with the United Nations SDG2 Advocacy Hub, the GSMA, and Thai Union, one of the largest seafood companies in the world.

The United States Department of State has also been in direct communication with Fishcoin’s parent company Eachmile Technologies — with former U.S. Secretary of State John Kerry officially launching their mFish project at the Our Ocean Conference.

There is more information on this project, including the public white paper at the Fishcoin website, further illustrating its highly talented and multi-experienced executive team. Fishcoin has a great wealth of ability, partnerships, and momentum which help to support and illustrate the potential that such a great project presents.