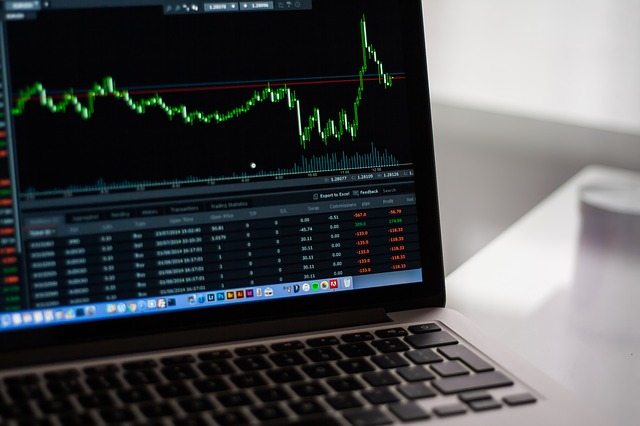 There’s been much debate lately about what effect of a stock sell-off might have on the crypto market. Well, today we’re a little bit smarter.

The stocks and bonds are right in the middle of a vicious sell-off and prices suggest that it has spilled over into the crypto market.

Here we can see the Nasdaq 100 in blue and bitcoin in orange. Stocks, especially in the tech sector have been having a very red October and yesterday afternoon cryptos followed suit.

As we’ve been saying, cryptoassets are classed as high risk. In the traditional markets, stocks are considered high-risk. So when a sell-off happens in the tech sector, even the biggest crypto enthusiasts take note.

This is why it pays to keep a diversified portfolio which is more than just cryptos and tech stocks. Gold, for example, did very well yesterday. As a safe haven asset, it tends to trade opposite the stocks and that’s exactly what happened here.

Please note that there will be no daily update tomorrow as I’ll be travelling. We’ll resume on Monday the October 15th.

Please note: All data, figures & graphs are valid as of October 11th. All trading carries risk. Only risk capital you can afford to lose.

Quite a dramatic headline landed in my inbox this morning from the Financial Times.

(Please note that the Financial Times is a paid subscription magazine. We do have free subscriptions for our high equity clients, feel free to discuss with your account manager.)

At this point, the S&P500 has lost almost all of the gains it has accumulated this year.

The question of course now becomes, where do we go from here?

Is it time to buy the dip or will the sell-off continue?

Well, the answer is less important than your portfolio makeup. If you’re heavily invested in the tech stocks, it might be a good chance anyway to limit exposure and diversify into other assets.

If you’re looking to gain more exposure to stocks, perhaps be selective in the stocks you choose and consider using a stop loss.

For the day traders out there who like a bit of risk and volatility, now is a great time to make a few trades.

Today we’ll get some critical data from the USA that could impact the markets a fair bit. The monthly CPI inflation data to be released an hour before the opening bell will be watched not only by traders and analysts but by the Federal Reserve.

Despite the fact that Donald Trump thinks the Fed has “gone crazy” by raising interest rates, if the inflation data starts showing signs of an increase, they may have no choice.

Over in Europe, we’ve got two things to watch out over the weekend…

This graph  (from the print edition of the Financial Times) shows just how much support Merkel’s allies, the CSU, have lost lately. 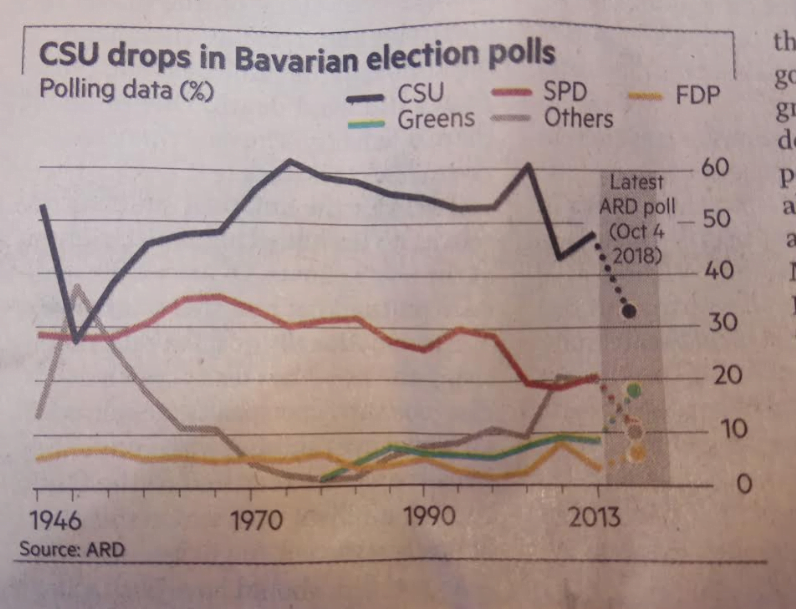 Certainly if these polls these polls are reflected in the final results, it will be bad news for the Prime Minister and will weaken her coalition. Given the broader market sell-off, the thing we really need to look out for is uncertainty.

A great debate is currently playing out on Twitter over the future of cryptoassets. The heavy hitters involved are none other than Dr. Doom, the man who is widely credited for predicting the 2008 financial crisis, Nouriel Roubini and the creator of the Ethereum network Vitalik Buterin.

Roubini has recently given a controversial testimony lashing out at the entire crypto industry. In one tweet he even called Bitcoin worse than North Korea.

Dr. Roubini has also been lashing out at Vitalik himself over the last few weeks calling him the “benevolent dictator for life.”

Well, Vitalik has recently begun to respond, as he does with a series of tweets. Yet, it seems that Roubini has been less than responsive. The one direct response that I did see contained facts that were quite obviously inaccurate. 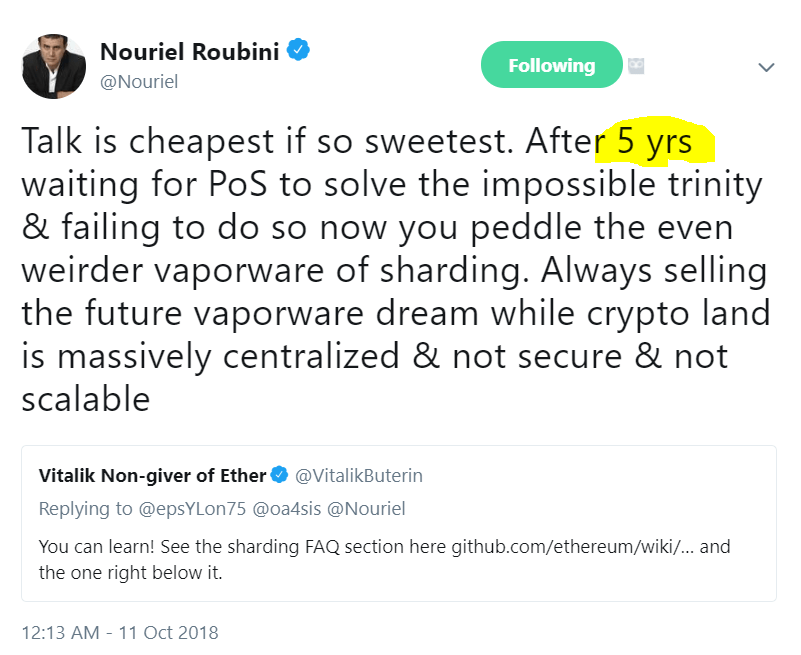 There’s no possible way that anybody was thinking about switching it to POS in 2013.

Jaime Dimon famously called bitcoin a fraud, but he did recant. The president of the Bank of International settlements called it a ponzi scheme, but he has recanted too. It seems that Roubini is increasingly standing alone in his anti-crypto campaigning efforts.