After losing four percent in the last week mostly compounded by strong losses of Oct 11, sellers are in control. This view is regardless of our expectations of higher highs in the aftermath of deflating dips of last week. Despite this, we recommend aggressive traders to short at spot prices. However, risk-averse traders can take a neutral stand until after there are losses below $6,000.

A new joint study between Princeton University and Florida International University is reaffirming the obvious. That the Chinese is dominating the Bitcoin mining scene. Although this has been in the news for sometimes now, it is cementing how this form of centralization could at the end of the day damage the viability, security and even stability of the world’s most valuable coin.

It’s easy to see why the Chinese monopolizing the Bitcoin mining space. Ironically, their government is against cryptocurrencies and any form of blockchain fund raising as ICOs after imposing a ban of such activities almost a year ago. Bitmain which has a hold on Bitcoin and Bitcoin Cash mining has strong bases in China with more than 200,000 mining units. If all of them are the S9 miners then they effectively control more than six percent of the network’s hash rate.

This concentration won’t change unless there are U-turn support in other jurisdictions. Note that aside from Bitmain influence, Chinese miners enjoy cheap electricity tariffs at around $0.08 KWH while ordinary miners in other geographical location do mine at $0.10 KWH.

From simple calculations at current spot rates print outs show that mining in China is 20 times more profitable than in other areas. These incentives alone mean that over 74 percent of the Bitcoin hash rates are controlled by Chinese mining pools. As a result, this gives the Chinese government hallways to attack the network should they find a reason to. 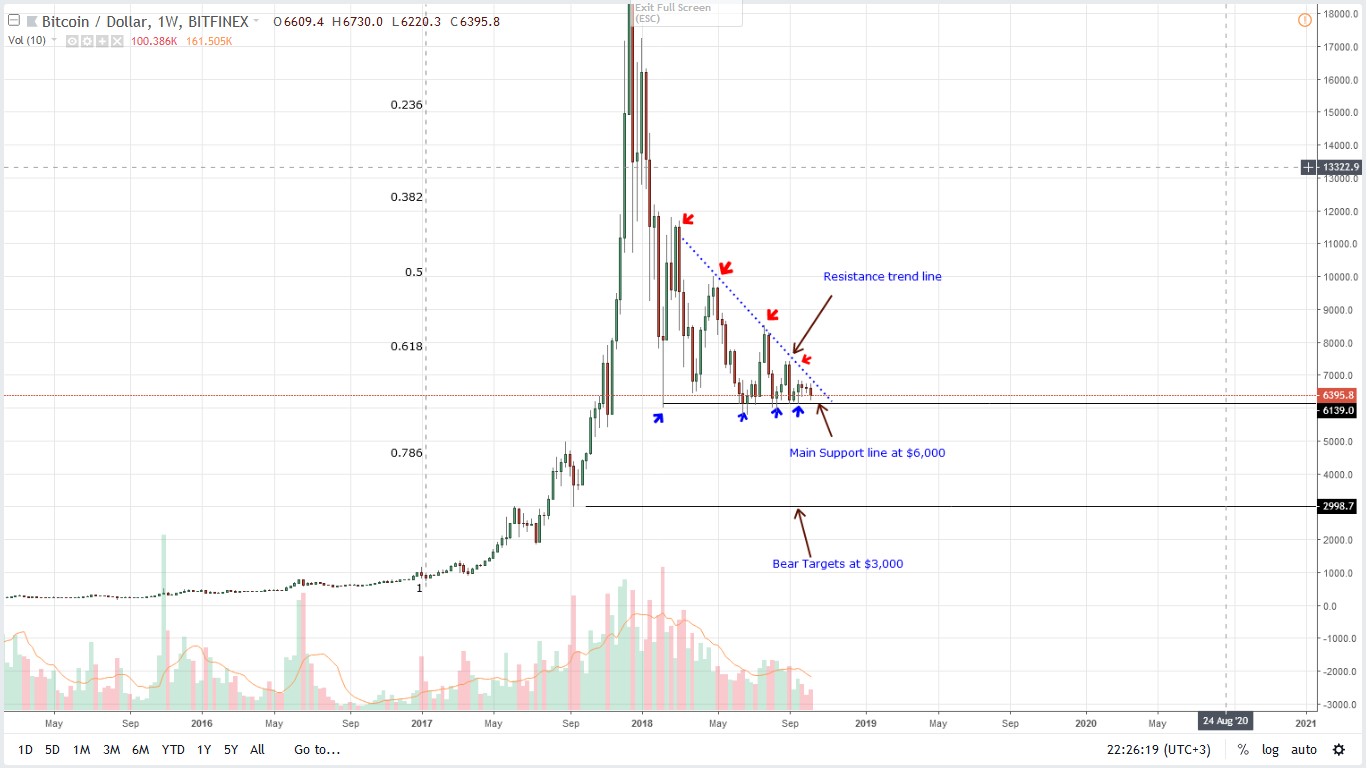 On a weekly basis, BTC is down four percent following last week’s rejection of higher highs above$7,200. Though BTC depreciation is clear we still hold on to our last Bitcoin trade plan as we retain a neutral stand.

Our trade plan depends on whether market participants will surge above $7,200 and resistance trend line or dip below the main support zone between $5,800 and $6,000 in line with last week’s losses.

Though neutral, bears stand a chance to resume last week’s trend because not only are sellers in charge after the nine months of persistent draw down but the volume and the veracity of bears rejecting prices above $7,000 and the main resistance trend line of the last eight months. 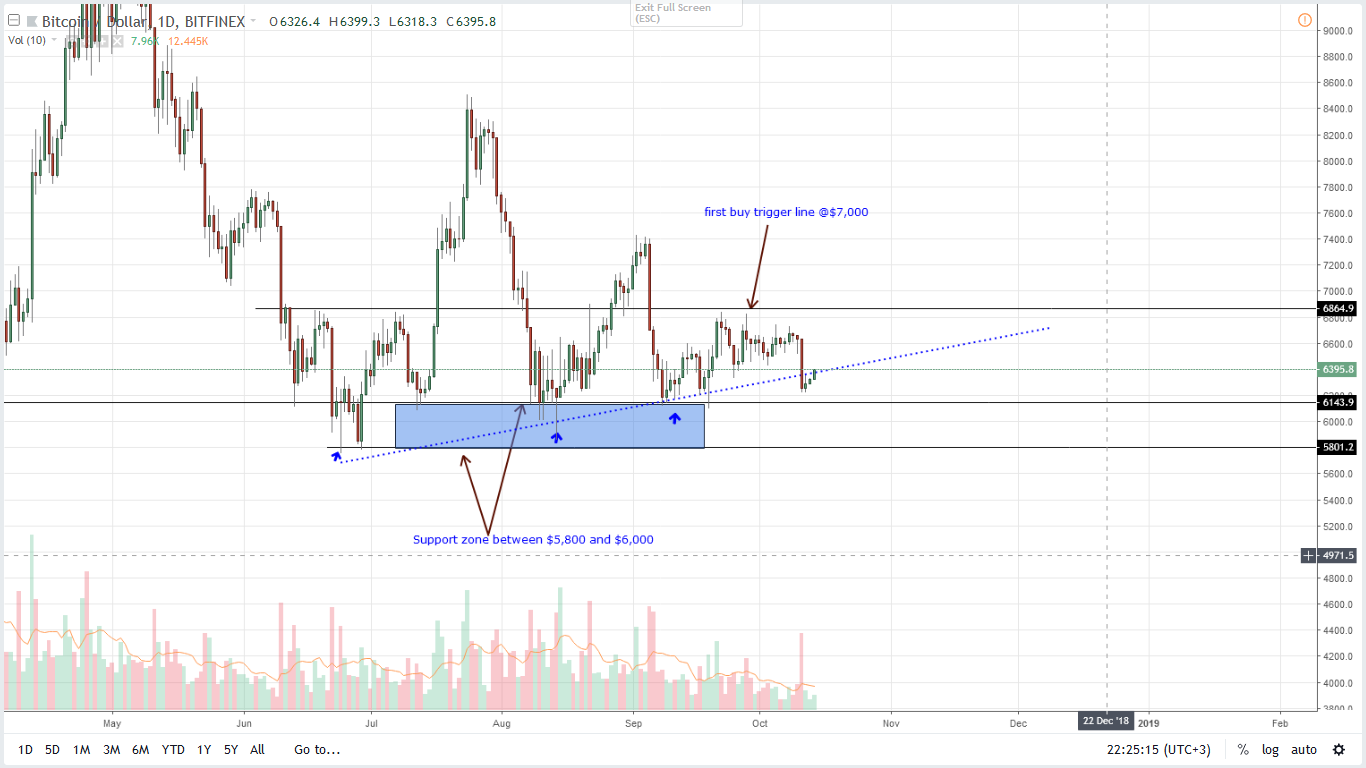 Back to the daily chart and BTC is recovering providing a nice opportunity for sellers to add to their shorts. Backing this inclination is the relationship between Oct 11 strong losses printing a bear engulfing pattern and the tight trade ranges of the last three bars.

Unless there are movements above Oct 11 highs, this validates an effort versus result scenario. Obviously, sellers are in prime position to drive prices below the main support trend line in the daily chart. But most importantly they can drive prices below $6,000—the upper limit of our support zone.

All things constant, and as aforementioned, bears are in control. But, we still retain a neutral stand. However, aggressive traders can as well short at spot with stops at around $6,500.