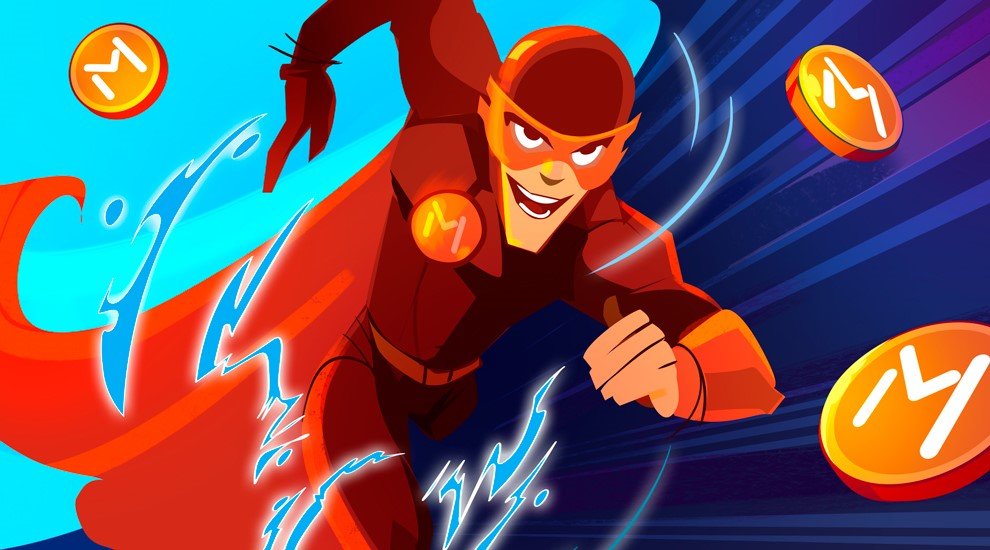 Bitcoin was invented a decade ago. Since its inception, Bitcoin’s underlining brand strength, the technology underpinning its success and its undying resilience has been key to the overall success of the whole market. Isn’t it time for the next step?

Cryptocurrencies and tokens alike are like any other market. Money flows in as people find the need to exchange their crypto assets for other crypto assets or fiat currencies. So, imagine a blockchain space that allows its users to create their own tokens at will and facilitate the transfer and exchange of these coins for other coins issued in the same network. Furthermore, users can also exchange their coins for Bitcoin, Ether, or even USD. The entire process is working limitlessly and instantly. Imagine the next-generation cryptocurrencies. Enter Minter.

The Minter Network will fulfill the real-world need for a fast, efficient, and dependable medium of exchange.

To achieve that goal, the Minter Network will create a new cryptocurrency, BIP. BIP, which stands for Blockchain Instant Payment, is a key building point to achieving Minter’s vision, alongside another key ingredient, coin minting. The next-generation cryptocurrencies will give a long tail of value providers, including local businesses, content creators, and community leaders, the ability to issue their own BIP-backed coins.

Fulfilling the Real-World Need for a Fast, Efficient, and Dependable Medium of Exchange

Every coin will have BIP value at any given time, and users will be able to exchange them for other coins issued in the Minter Network as well as major cryptocurrencies such as BTC and ETH. The project’s legal team is currently working on a framework that will allow for the exchange of BIP and other Minter-based coins for fiat currencies such as USD.

On the Minter Network, transactions will take 5 sec for completion, with fees lower than USD .01, as well as instant and absolute liquidity (any coin exchangeable for BTC and ETH and later GRAM and USD) for all of the coins issued in the network.

At the moment, the project already has a fully functional testnet, a Telegram bot wallet, an Android wallet, an iOS wallet, and the Console, enabling users to send and receive coins in the environments they are most used to.

The Minter Network uses Telegram Passport for their KYC, and Telegram marked it on their official website. Telegram Passport is aimed at user identity verification. Minter became the first blockchain project to fully incorporate the service for identifying its investors. Thanks to Telegram Passport, completion of the KYC procedure takes only a few minutes, and that’s just the beginning.

During the course of integration with TON, Minter will enable its users to transfer any coin issued in the network to the TON blockchain. Besides, the coin transfer feature will let Minter use smart contracts of the TON. The service called TON Payments will allow users to send and receive micropayments in Minter-based coins using the Lightning Network. It will be very useful for businesses that have to often transact in small amounts (for instance, an ad service charging for each view).

Currently, Minter is offering a 25-percent bonus to all the users who top up their balance until October 19th, 2018, 19:00 UTC. If you have already deposited the funds to your account or plan to do so until this Friday, then you’ll have a 25-percent bonus on all of your deposits. Regardless of whether you participate directly or through a pool, a 25-percent bonus will be applied for each of your transactions!

After the official launch, Minter plans to hold the largest airdrop in Telegram’s history—in total, users will receive almost 1,000 BTC worth of BIP and other Minter-issued coins. The opportunity to participate and get bonuses is available only to users who sign up before October 31st, 2018.