This Startup Could Help Meet Your Idols 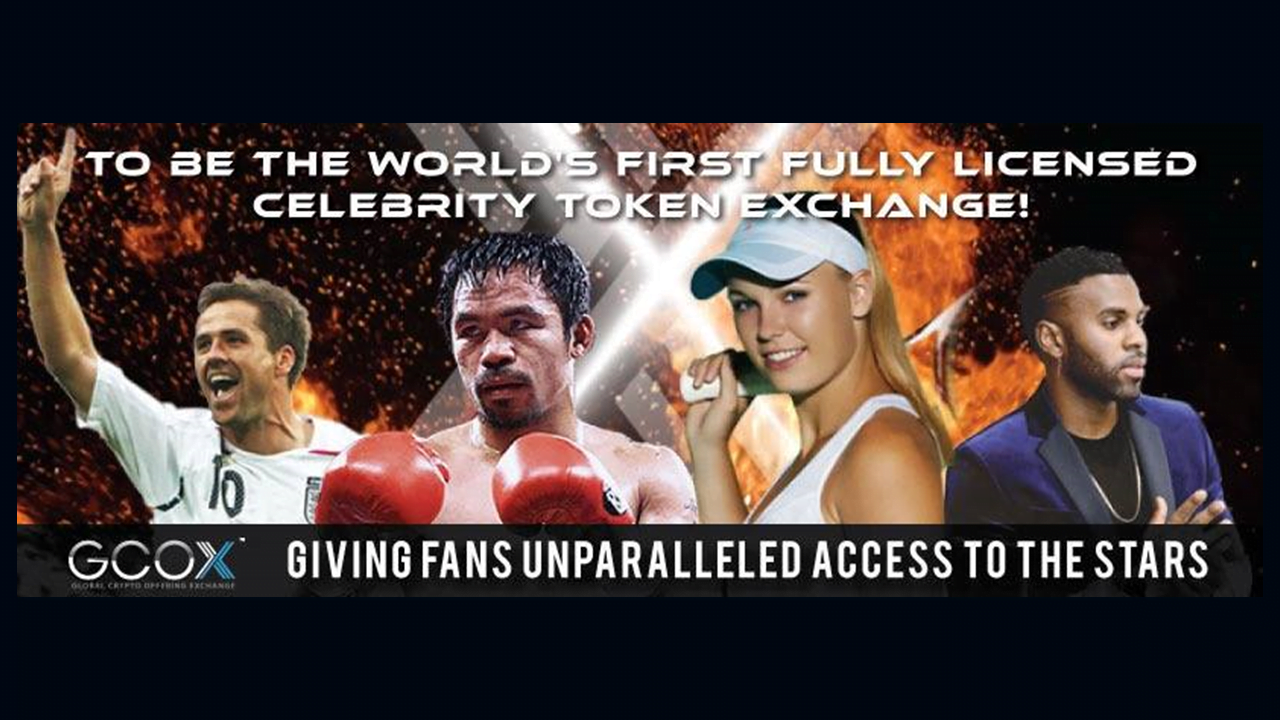 Some initial coin offerings (ICOs) lack appropriate funding or are launched by business amateurs, but this project isn’t the case. Steve Askew, GCOX’s Executive President, has extensive experience in the production and media spaces. The company’s website informs us that in the last 30 years, he has been, among other things, the president of Star Entertainment, an Executive Producer of “Who Wants to be a Millionaire” and the CEO of Star TV.

A further look at the GCOX’s team profiles also gives us some interesting insights into the experience of the company’s CEO Dr. Jeffrey Lin. Dr. Lin has been the recipient of a number of prestigious awards like the 2010 and 2011 Successful Entrepreneur Award, the Singapore Entrepreneurs’ Award in 2013 and the Top 100 Singapore Excellence Award in 2012 and 2013.

It is worth pointing out that the first tranche of the public sale of GCOX’s native token, the Acclaim Token (ACM), was 56 percent oversubscribed, so this project doesn’t have difficulties in accessing funding. Investors that didn’t make it got 1% of their subscription for free.

This level of popularity and a desire to build a more significant community drove the startup to extend the sale until August 18. The token’s price during the first tranche was $0.60 per token.

In his youth, Dr. Lin had always dreamt of shaking hands with Michael Jackson. This unattainable desire was the seed from which the idea and business model for GCOX sprouted. It was this desire that drove Dr. Lin to try and close the gap between the fans and celebrities.

The team at GCOX is developing not one, but three interconnected platforms that will enable celebrities to utilize their token offerings. The platforms are Celeb-charity, Celebreneur, and Celeb-connect.

This platform is designed to enable celebrities to bring attention to their chosen causes or inspire charitable actions. What’s more, it will also be possible for celebrities and their fans to contribute towards community projects using their respective celebrity’s tokens.

For the fans, Celeb-charity provides a way to meaningfully engage with their favorite celebrities while simultaneously enabling them to support the celebrities’ philanthropic and charitable causes.

There are three ways in which Celebreneur platform can be used: Celeb-auction, Fan-merchant, and Celeb-merchant. Celeb-auction allows celebrities to auction off their items to their fans, while Fan-merchant and Celeb-merchant enable fans and celebrities, respectively, to conduct transactions for goods and services on the platform using the respective celebrity’s tokens.

The white paper explains that Celebreneur “enhances the functionality of the Celebrity Token; celebrities can thus continue to expand their influence globally as accessibility for fans to purchase their goods and services will improve drastically. This in itself is a major business opportunity as there are currently many potential customers who are currently not able to access these goods and services.”

The purpose of this platform is to allow celebrities to reach out to their fans and engage with them in ways not previously possible. Such a connection is to be developed by addressing fan needs and requests, direct engagements, understanding their fans’ habits and optimizing fan engagements.

For example, one of four ways to spend celebrity tokens on Celeb-connect is to buy a birthday video greeting from the celebrity. Ownership of a celebrity’s tokens would also allow fans to be eligible to gain access to the celebrity’s annual meet and greet events.

Fans may also have the option of crafting a customized wishlist which, subject to the approval of GCOX and the celebrity, to put forth private requests for the celebrity to carry out.

Another way in which tokens can be spent on Celeb-connect is pay-per-view live streaming. This service enables celebrities to share their daily lives with fans, allowing their fans to get to know them better.