Crypto Volatility Woes Over? Bitcoin and Ethereum Stable for Over a Year

Word is, Bitcoin is the new stablecoin. Indeed it has, and behind this observation are solid metrics and research findings.

Recently, the Chicago Board Options Exchange (CBOE) released their findings demonstrating that Bitcoin volatility is lower than that of Amazon and a majority of FANG stocks. Bitcoin and similar digital assets are, or were, known to move by wide margins.

The CBOE clearly demonstrated that Bitcoin’s 20-day historical volatility had dropped to 31.5 percent and this was lower than that of Amazon (35 Percent), Netflix (52 percent), and a long list of other publicly traded stocks like Nvidia whose 20-day volatility stood at 40 percent. 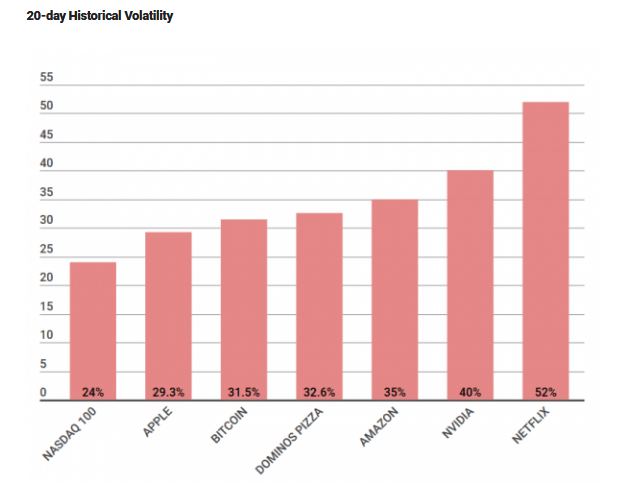 Standard deviation is a measure of dispersion of price from the mean, and the higher the dispersion, the greater the standard deviation. As such, this finding clearly demonstrated that there is a taper in volatility as standard depreciation decreased by a factor of 10. 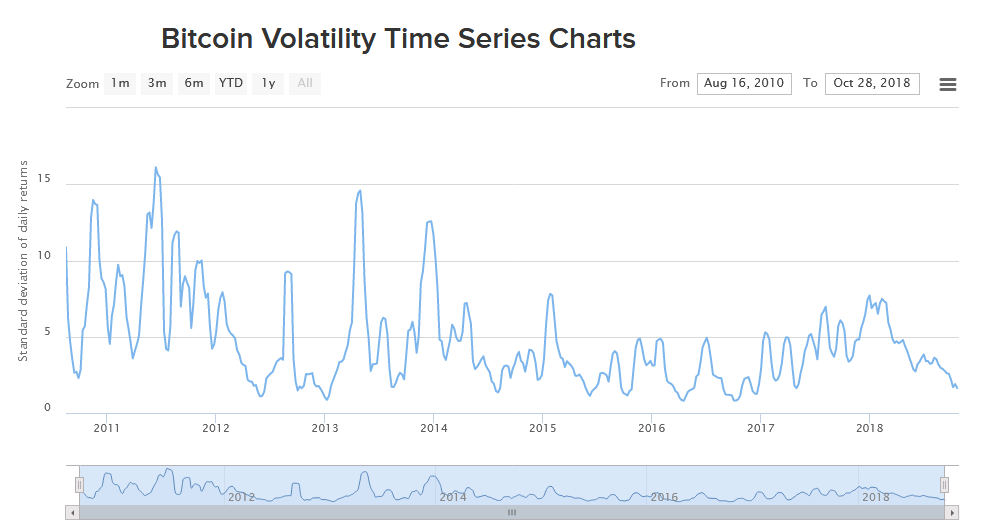 Bitcoin is not the same coin whose prices are stable. Ethereum’s weekly volatility stands at 2.69 percent according to data from BitMex.

Ethereum is the real stablecoin https://t.co/cfaO2mUoQj

Signs of a Bottoming Market?

Could this be an indication that Bitcoin is finally bottoming out. As we can see from the technical price charts, the BTC/USD pair has been moving within a larger $3,000 price range with clear support at $6,000. This level has been retested a record six times, but despite strong bear pressure, prices do recover and surge higher. 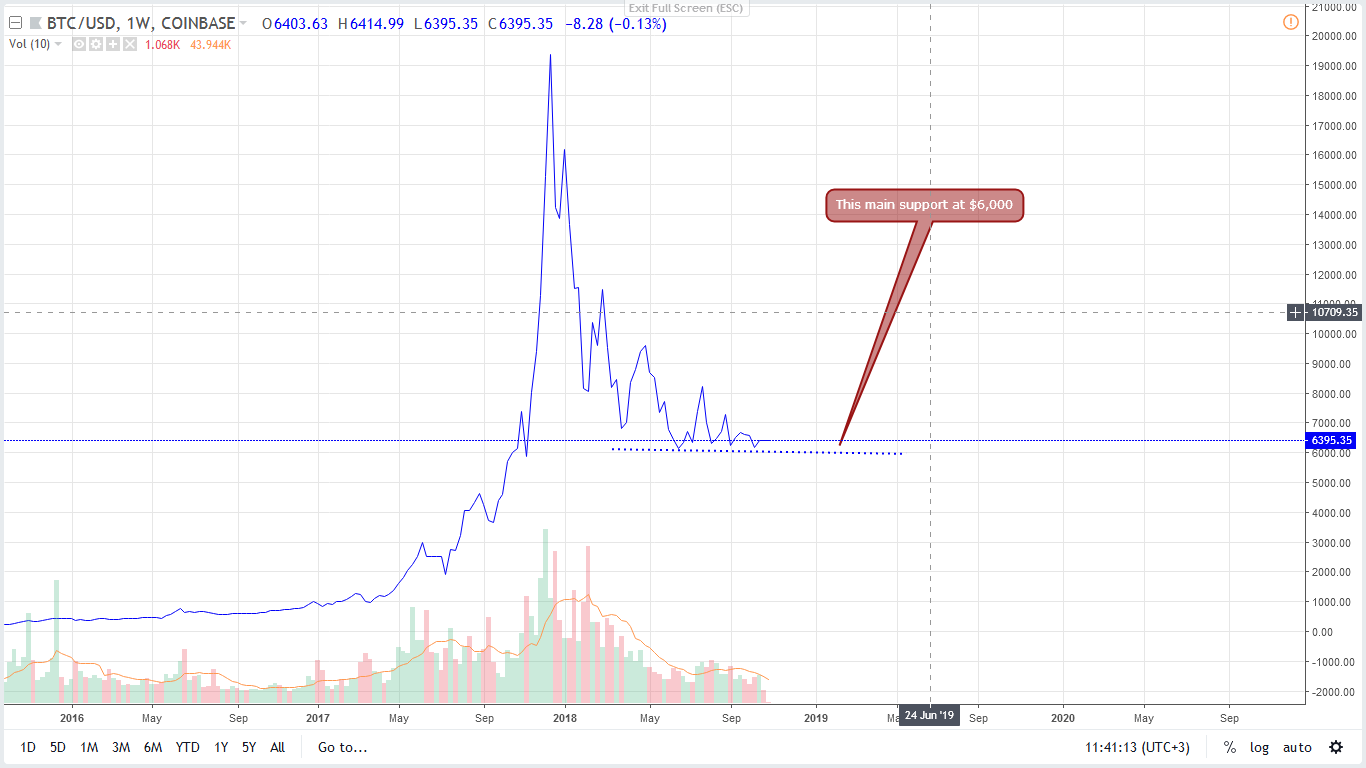 Besides the strong support at $6,000, it is visible that whenever prices print lower, the standard deviation decreases and the last 14 days has been characterized by a tight $350 trade range inside Oct 15 high lows. This raises more questions than answers: is this tapering volatility pointers to a maturing market or has the market finally shaken off speculators?

One thing that people are ignoring in this quiet market is the fact that, as of tomorrow, Bitcoin will have held $6,000 for over a year. That’s huge. It’s proving that bitcoin is functioning as a store of value.

“It simply means the market is calm and in balance. That implies that speculative interest is low. Given this bear market is now 10 months old and is getting tired, I’d be inclined to be bullish for the next major move.”

Around this time last year, in a FOMO moment, people were simply not willing to let go of a chance that could see then double or even triple their Bitcoin investment in matter of days or weeks. An opportunity which would have taken years in traditional investments.

This buying wave increased volatility, hampering adoption, and were the hallmarks of a bubble which was well-observed by Angela Walch, a law professor at St. Mary’s University in Texas. Angela is an expert studying financial and cryptocurrency stability and in an interview with Vice she said:

“Some of the hallmarks to me involve the FOMO idea—the fear of missing out and never being able to get in. People see other people making a lot of money and they just want in on it. The housing bubble is a good example of that. People thought another person would always want to buy their house from them at a higher price.”

Now that the bubble has been popped, many project that the market will recover and trend within reasonable volatility encouraging market wide adoption. In turn this will benefit coin holders who are here for the long haul.

Crypto Volatility Woes Over? Bitcoin and Ethereum Stable for Over a Year was last modified: October 29th, 2018 by Dalmas Ngetich