After Pulling Stunts on Warren Buffet and Jamie Dimon, Genesis Mining – the World’s Leading Cloud Mining Company, Does It Again!

Genesis Mining has made a name for itself in the crypto industry as one of the leading, and a reliable mining contracts provider. While the platform has got a strong following of crypto-miners, enthusiasts, and professionals, it is also known to take initiatives towards creating awareness about cryptocurrencies, their underlying blockchain technology, cryptocurrency mining and more. The educational and promotional campaigns run by Genesis Mining so far has been appreciated by the masses.

The first cryptocurrency, Bitcoin was introduced by Satoshi Nakamoto as a whitepaper in 2008. A decade after, the world now has a robust crypto-ecosystem comprised of hundreds, if not thousands of platforms with their unique tokens and blockchains.  Genesis Mining decided to showcase the success of the cryptocurrency technology and its ever-growing footprint in the global financial industry with a witty campaign drawn around the Halloween theme.

“Scaring the financial industry since Halloween 2008.”

In the past few years, the traditional financial institutions have classified cryptocurrencies as a threat to their business models, mainly due to the decentralized, global nature of Bitcoin and others. Some of the other factors that weighs against financial institutions include speed and costs associated with transactions made over blockchain. Through its campaign, Genesis Mining decided to remind the very sector of the 10-year-old nightmare, that started the day Bitcoin Whitepaper was published by Satoshi Nakamoto. The Genesis Mining Halloween message was displayed during the World Crypto Con in Las Vegas.

Like always, the campaigned caught a lot of eyeballs and praises. Displayed boldly on a truck, the message got over 900,000 impressions with some leading personalities like Steve McGary of HackCrypto tweeting it to their followers.

The @GenesisMining marketing campaign in Vegas today for @WorldCryptoCon is 🔥#halloween #bitcoin pic.twitter.com/nv8xvyObAj

The event itself was organized at the world-famous Aria Resort and Casino in Las Vegas. World Crypto Con attracted who’s who from the industry like Bitcoin Foundation member Charlie Shrem, LiteCoin Founder Charlie Lee, Stan Larimer etc., who were also among the speakers at the event.

This is not the first time Genesis Mining’s stunt was well-received. A couple of years back, the company launched its #ExploreBitcoin campaign to create mainstream awareness about Bitcoin. As a part of this campaign, Genesis Mining bought display on many billboards and taxicabs across the United States.

On the occasion of the Miami Bitcoin Conference, the company also went ahead to deploy a massive mobile billboard criticizing JPMorgan Chase’s Jamie Dimon for his comments about cryptocurrencies. The billboard, referring to the perceived threat of Bitcoin by the bankers read: 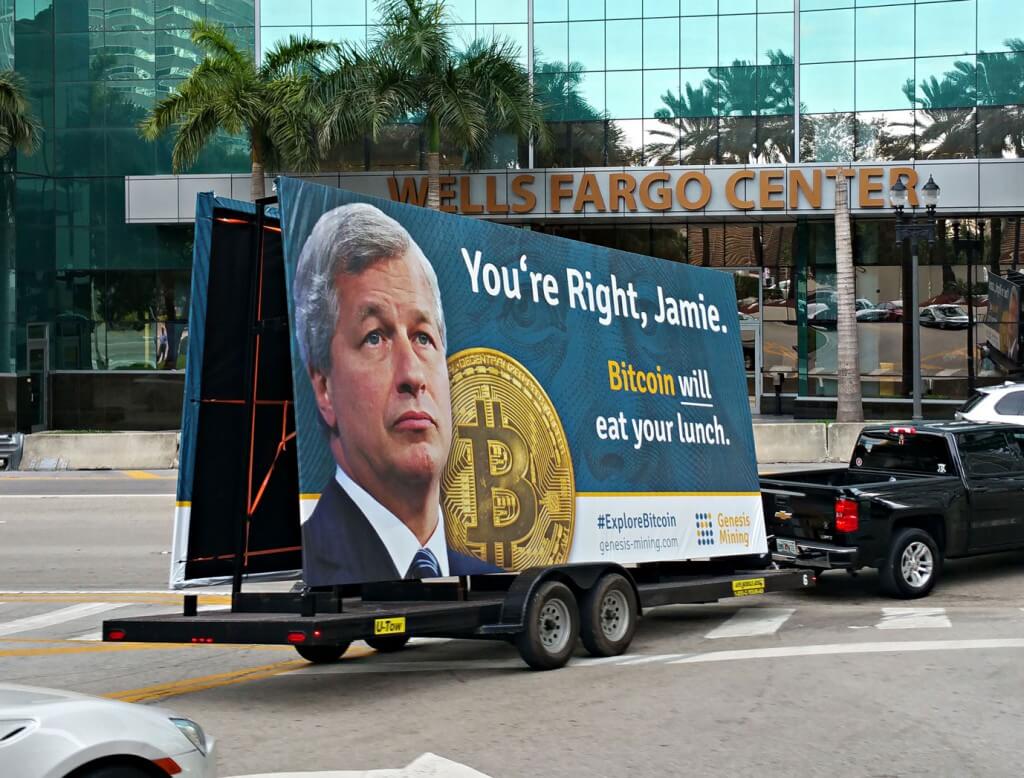 The Consensus Conference in New York City witnessed the #BankersAgainstBitcoin protest, with Genesis Mining hiring actors to present a future scenario where bankers might go on strike fearing loss of jobs due to increased adoption of cryptocurrencies among the masses as they attempt to overcome the costly centralized banking services. 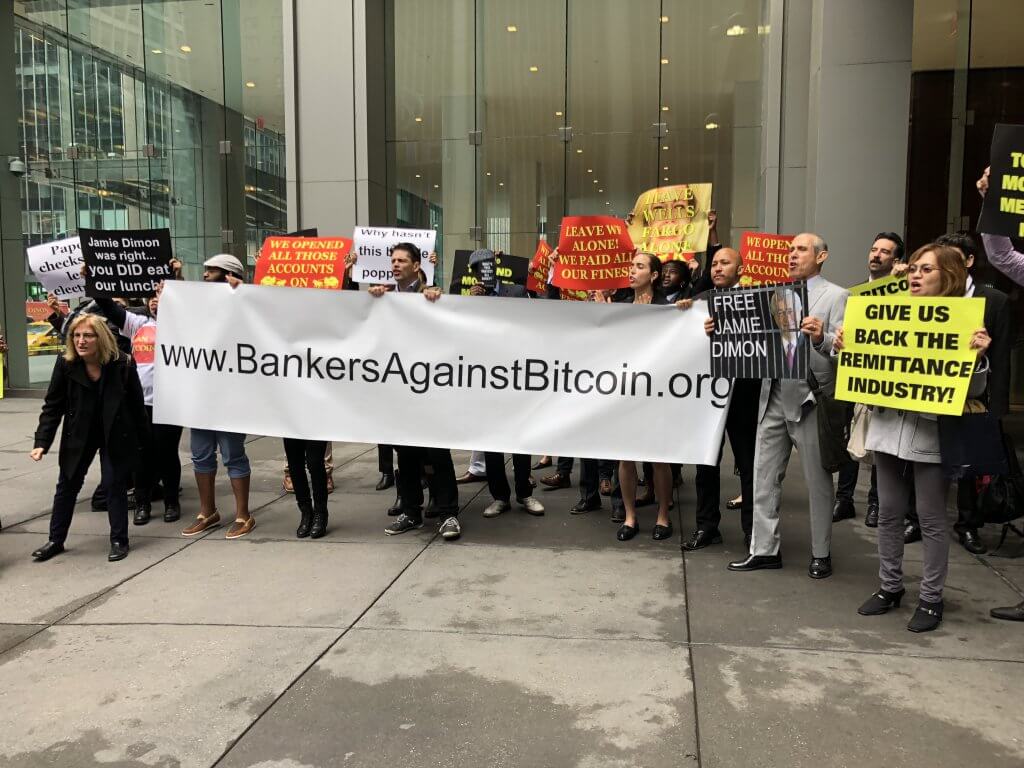 Genesis Mining also took on investment guru Warren Buffet, asking him not to belittle the cryptocurrency just because he doesn’t understand it. The billboard saying “Warren, you said you were wrong about Google and Amazon. Maybe you’re wrong about Bitcoin?” was put up in response to the statement “[Bitcoin] is probably rat poison squared” by Buffet. 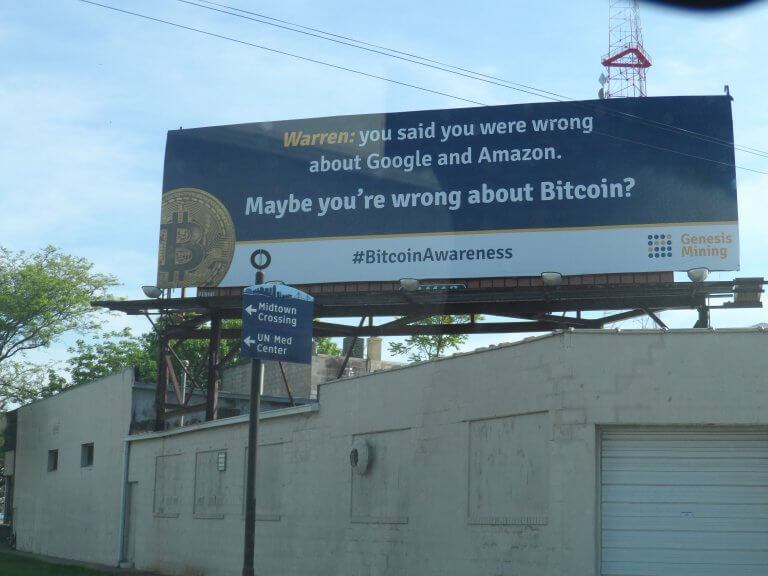 Genesis Mining has been a vocal advocate of the cryptocurrency ecosystem, and unlike other companies in the industry, it has pulled out all the stops to send a strong message across to those fueling negative sentiments towards the revolutionary technology and financial asset.

Economist: Bitcoin Remains a “Risk On” Asset After Reacting to Payroll Data