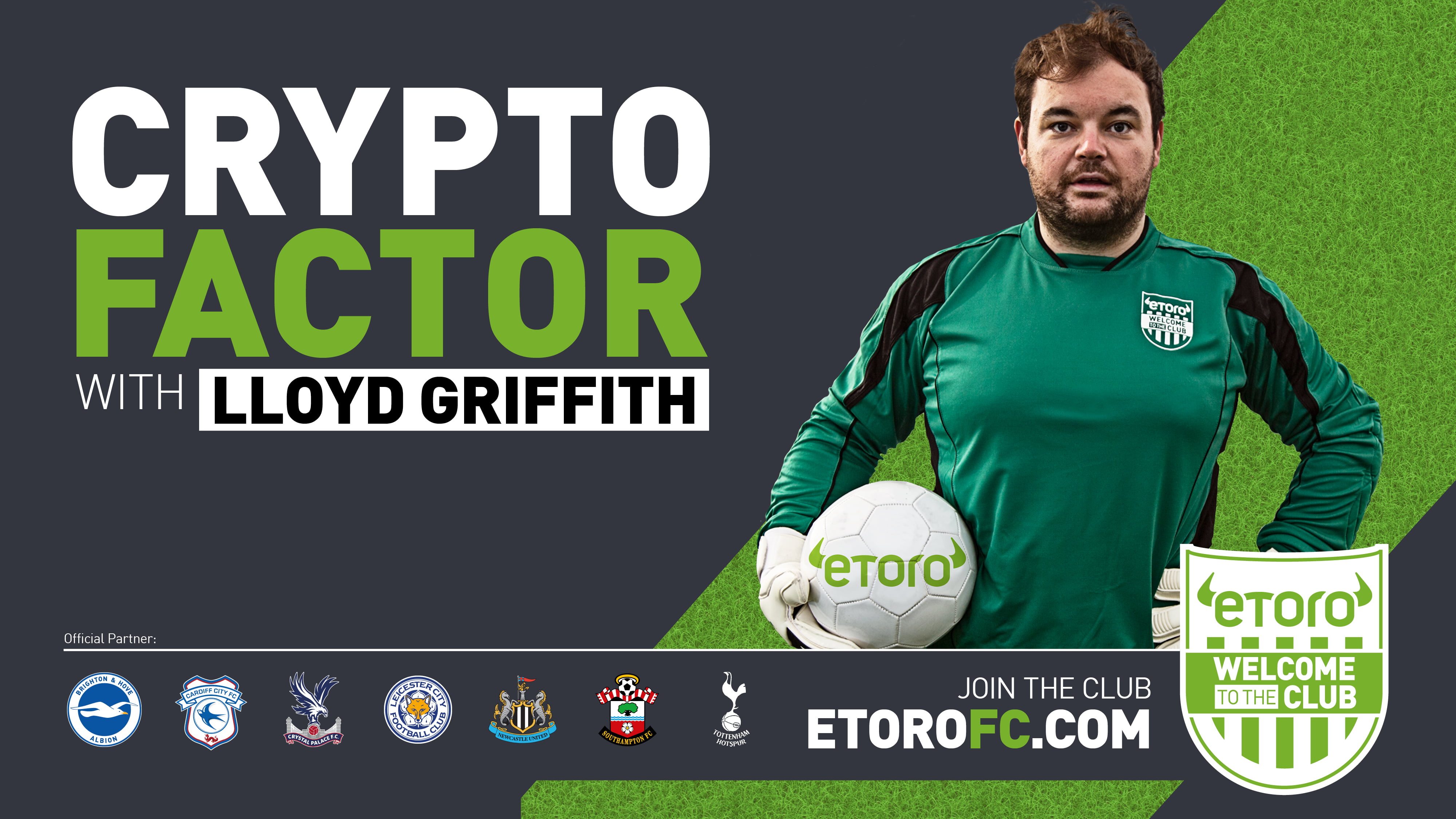 Iqbal V. Gandham, UK Managing Director at eToro, said: “#WelcomeToTheClub will help educate football fans who are new to investing. We carried out our Premier League sponsorship deals using bitcoin as a first step in showing the role cryptoassets could play in global sport. We hope to continue this with information which enhances fans knowledge on the potential of cryptoassets along with investment in more traditional asset classes.”

Kicking off the campaign, the brand has signed up comedian and TV presenter Lloyd Griffith to front the video series, eToro Crypto Factor. This will see leading players from each partnered Premier League club taking on three football challenges which have similar traits to the world of investing.

A teaser video can be viewed here:

Further club videos will be released throughout the season.

#WelcomeToTheClub branding will be seen throughout the Premier League with eToro incorporating the campaign across their club partnership rights including pitch LEDs, stadium advertising, social media and more.

Learn more about the investment community for the fans at www.eToroFC.com #WelcomeToTheClub

eToro empowers people to invest on their own terms. The platform enables people to invest in the assets they want, from stocks and commodities to crypto assets. eToro is a global community of more than ten million registered users who share their investment strategies; and anyone can follow the approaches of those who have been the most successful. Due to the simplicity of the platform users can easily buy, hold and sell assets, monitor their portfolio in real time, and transact whenever they want.

eToro is regulated in Europe by Cyprus Securities and Exchange Commission and regulated by the Financial Conduct Authority in the UK.

Cryptoassets are unregulated and can fluctuate widely in price and are, therefore, not appropriate for all investors. Trading crypto assets is not supervised by any EU regulatory framework. Your capital is at risk.