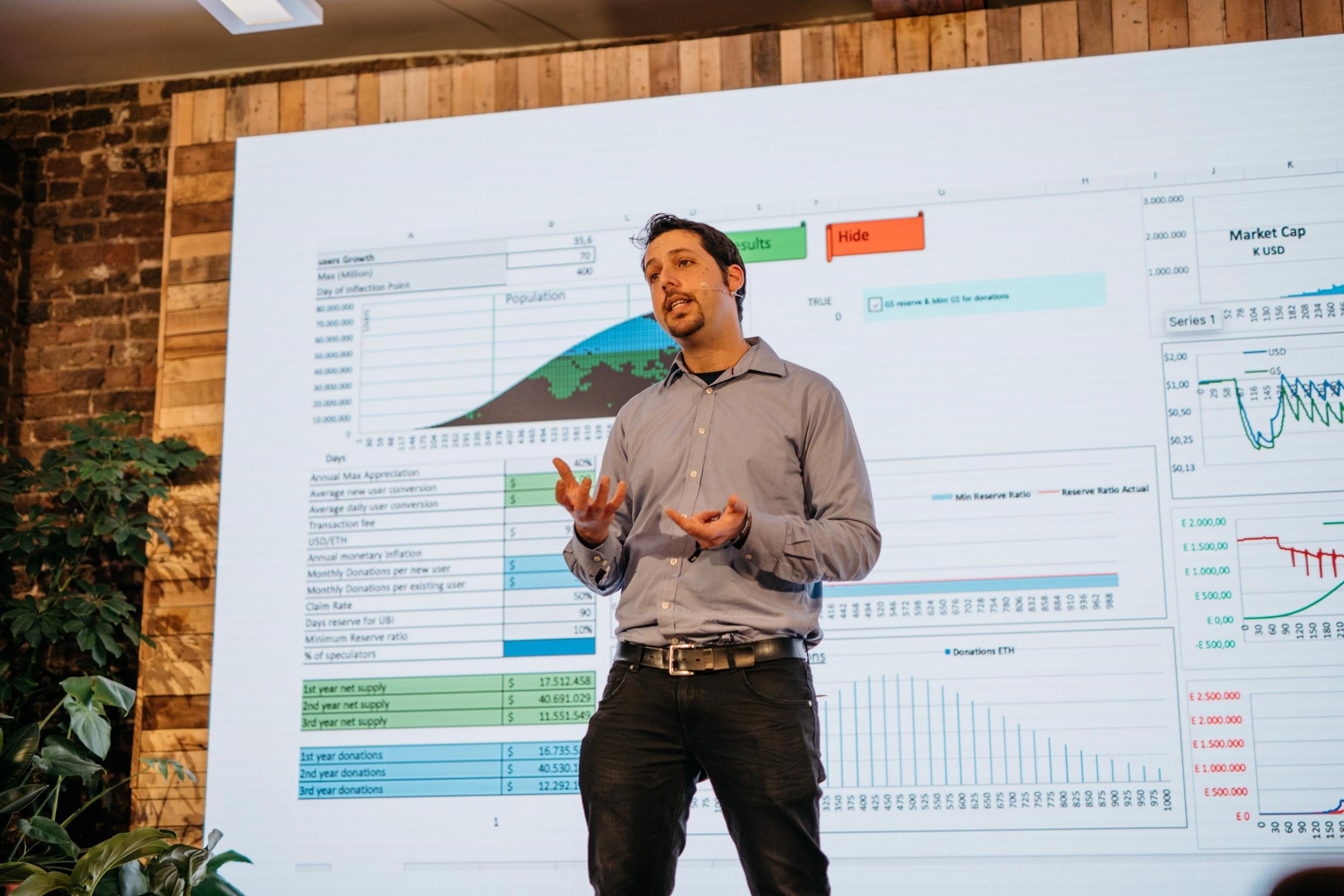 Less than a week after a new financial blueprint for Europe was proposed, by a 50-strong group led by Thomas Piketty, another pioneering economic system that aims to reduce inequality has been gaining momentum in London.

On Thursday, December 13, the GoodDollar experiment – an ecosystem that explores how decentralised cryptocurrency and blockchain technology may enable models based on universal basic income (UBI) – received widespread praise at The Next Web’s Hard Fork Decentralized conference.

Following GoodDollar’s official launch, by eToro CEO Yoni Assia at November’s Web Summit 2018 in Lisbon, the project has quickly gathered impetus, attracting support from all over the globe.

At a time when many leading economists fear a global financial crisis is looming, both Picketty’s bold blueprint for a fairer Europe – which includes significant levies on multinationals, millionaires and carbon emissions to amass funds to improve poverty, climate change and other challenges – and GoodDollar are innovative alternatives to traditional financial systems.

GoodDollar’s worldwide interest has accelerated since its introduction, at an event in Berlin in mid-November, of an OpenUBI community, formed to encourage collaboration and discussion around UBI and its technological implementation.

At the Hard Fork Decentralized summit, held at Mindspace, in trendy Shoreditch, in the northeast of the capital, and sponsored by eToro – the social trading platform that has invested $1 million in GoodDollar – the project gained more plaudits.

Ira Ryk-Lakhman, a lawyer with Tadmor – Levy & Co. who is completing a PhD at University College London, has joined GoodDollar because she believes “it is the future” – especially for the humanitarian causes that are close to her heart.

She spoke with passion to around 100 attendees at Mindspace. “According to UN data, upwards of 30 percent of funds allocated to humanitarian aid is lost because of corruption,” Ryk-Lakhman said. “This is mind-blowing. Further, over 80 percent of the funds that are allocated for charities do not make it to the final beneficiaries.” 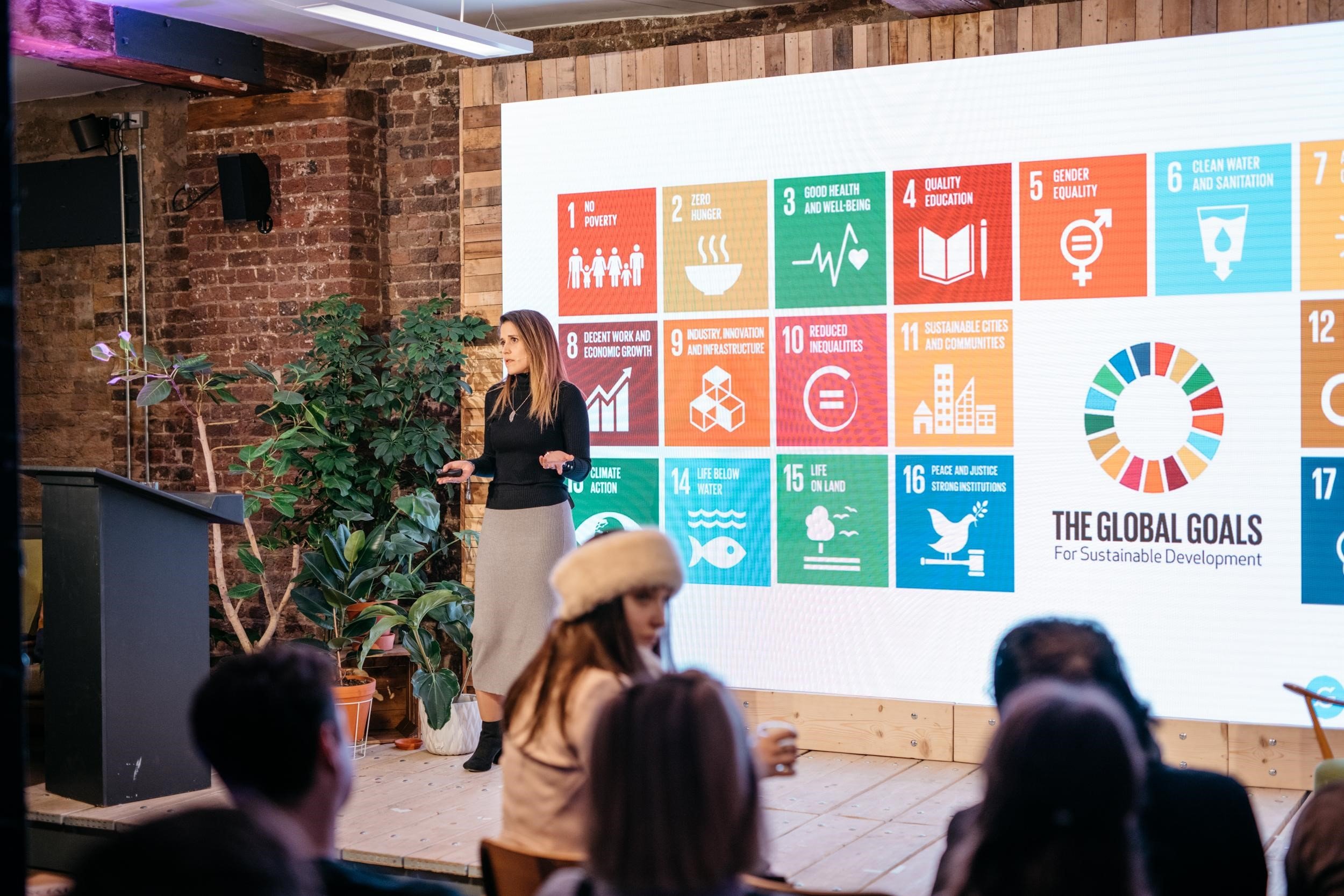 “The solution is staring us in the face. We need to find something that is not susceptible to corruption or bureaucracy. Technology that does not go through the state but reaches the citizens directly. We already know what the future is: blockchain-based solutions, like GoodDollar, are the way forward. This is because blockchain technology is a public record, it is transparent, and it is immutable. As such, it is not susceptible to corruption and bureaucracy.”

Ryk-Lakhman said that as GoodDollar, a not-for-profit organisation, is focused on improving wealth inequality it is likely to generate great levels of interest and adoption, crucially.

“Hype alone does not suffice to sustain cryptocurrency or blockchain,” she continued. “You have got to have an application: a practical way that we can utilise this technology in real life. What other way is better to get your coin recognised by the wider public than if you show the positive sides of blockchain, and highlight that it is not necessarily affiliated with speculation but rather with innovation, sustainability and charity?

Later, Yoni Assia – who has been thinking and writing about UBI for over a decade – took part in a panel discussion alongside Ryk-Lakhman, and Dr. Omri Ross, an assistant professor in the Computer Science at the University of Copenhagen. The latter co-wrote the GoodDollar position paper, published in conjunction with the Web Summit launch, with Assia, and is positive about its chances of success.

“I’ve been an academic of blockchain for several years, and when Yoni explained GoodDollar to me I could see it was a good idea,” Ross told the audience at Mindspace. “I have been around a few UBI projects and this one is quite advanced [in terms of technical research]. This is a call to the community to help.”

Assia revealed that already “around 30 different partners” have joined the OpenUBI community. “We were super-excited to see that we are not the only ones thinking about this,” he said. “There are super-intelligent people around the world that are looking at the same problems and trying to find various solutions.

“We have opened a group [http://t.me/OpenUBI] and, because GoodDollar is a not-for-profit organisation and there is no competition, we are trying to collaborate. We are now collaborating with around OpenUBI with about 30 different partners.”

Finally, Assia stressed the importance of GoodDollar not being centrally controlled. “We want to build something that will change the world and be as decentralised as bitcoin,” he said. “If it is decentralised then it is potentially unstoppable.

Giving people free money is very powerful. If this works, and we are able to create a system that actually transforms network effect into value, I believe all the rest will fall into place. I think it is a case of if you build the main thing, then everything around it will be built, eventually.”

He added: “We are inviting people to participate – whether it is early adopters, academics, builders, and those who want to help us establish GoodDollar through philanthropy.”

Join GoodDollar. The project needs builders, scientists, and experts in identity, privacy, and financial governance, as well as philanthropists and ambassadors. Email GoodDollar at hello@gooddollar.org, contact us via our social media channels (Twitter and Telegram) or join the OpenUBI movement.