EOS Jumps to Fourth with 30% Surge as Crypto Markets Bounce

Finally EOS has come out on top today. Following several weeks of getting pounded, cryptocurrency markets have at last shown a bit of life with a solid rebound on the day which added over $10 billion back into digital currencies.

The jockeying for position between the top ten largest cryptos by market capitalization has been lively to say the least. With massive hemorrhaging of market cap for all of them aside from stablecoins has enabled some of the bigger boys to get knocked down a peg or two.

The two that have lost the most are Ethereum and Bitcoin Cash, previously second and fourth respectively. While Ethereum has only lost one spot to XRP it is still down over 90% on the year and its market cap has shed over $120 billion since January. Bitcoin Cash has been destroyed and is the worst performing coin on the chart dropping from fourth to eighth and almost out of the top ten altogether. 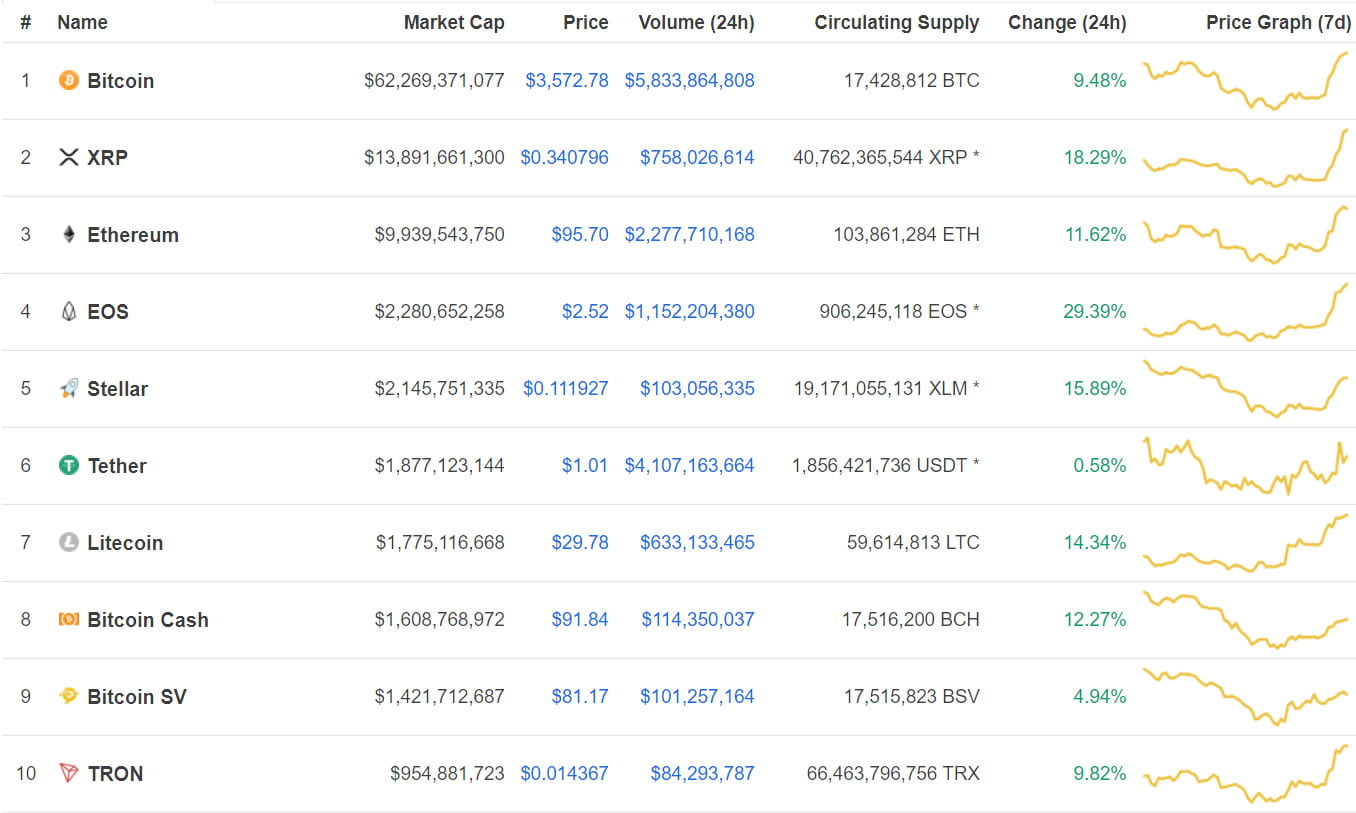 Today’s winner in the coin cap race is EOS which has surged over 29% at the time of writing and jumped three spots past Litecoin, Tether and Stellar into fourth. The big pump has pushed EOS market cap up to $2.3 billion which is only marginally ahead of XLM with $2.1 billion at the time of writing.

Just two weeks ago EOS was floundering down in eighth spot below BCH and BSV with a 2018 low of $1.58. Since that day EOS has recovered 55% to its current level, boosted by today’s big pump. EOS proponents are already rejoicing on their Reddit channel:

“We took an ugly path. But EOS now has the 4th highest marketcap. Next up: ETH.”

However when market caps for all altcoins have been battered, these positions do not really account for much since they are forever shifting. By the time you are reading this they will have probably changed again!

A look back two years, or even one, at the top ten will paint a totally different picture. Many of today’s top altcoins did not even exist then and many may not a year from now. Either way, EOS is getting some fomo today and enjoying the ride. Other cryptocurrencies also performing well during this bounce are XRP, Stellar, Cardano and Iota – all up over 15% at the time of writing.