Without a doubt, Tron is one of the largest blockchain based platform in the space with one mission: Decentralize the web. So far, they have been making good progress, and aside from acquiring BitTorrent and announcing Project Atlas, Tron has been making inroads in other sectors as well. Through Project Atlas, seeders (content providers) get rewards in TRX as a way of encouraging file sharing.

In a Press Release, Justin Said:

“Project Atlas is the foundation for a new way of content distribution. The product features faster downloads, more seeds, no mining, and backward compatibility adapted to the world we live in today: mobile, connected, and transparent. We aim to eventually empower all content creators and their communities by eliminating the middleman and enabling content creators to distribute directly to users.”

Weeks later, Tron let the whole world know about their creating a fund from “developers from Ethereum and EOS” in preparation for the inevitable collapse of their respective platforms after an extended bear market saw asset prices dip to new lows. To further complement their objective they launched a $1 million Tron Accelerator Program. The sole initiative objective is to empower coders and encourage them to build dApps on the Tron Protocol.

Justin Sun #TRX announced a new fund for #ETH and #EOS devs to migrate #dApps to the #Tron protocol. Memo to Justin: ETH and EOS both have larger and more prolific developer communities than Tron, we see little to no reason for them to migrate.

With support as this, it is a no-brainer to decipher and see why projects as BitGuild are decamping from Ethereum and EOS. Their intention of offering support through grants as well as loans has been unwavering since TVM launch. 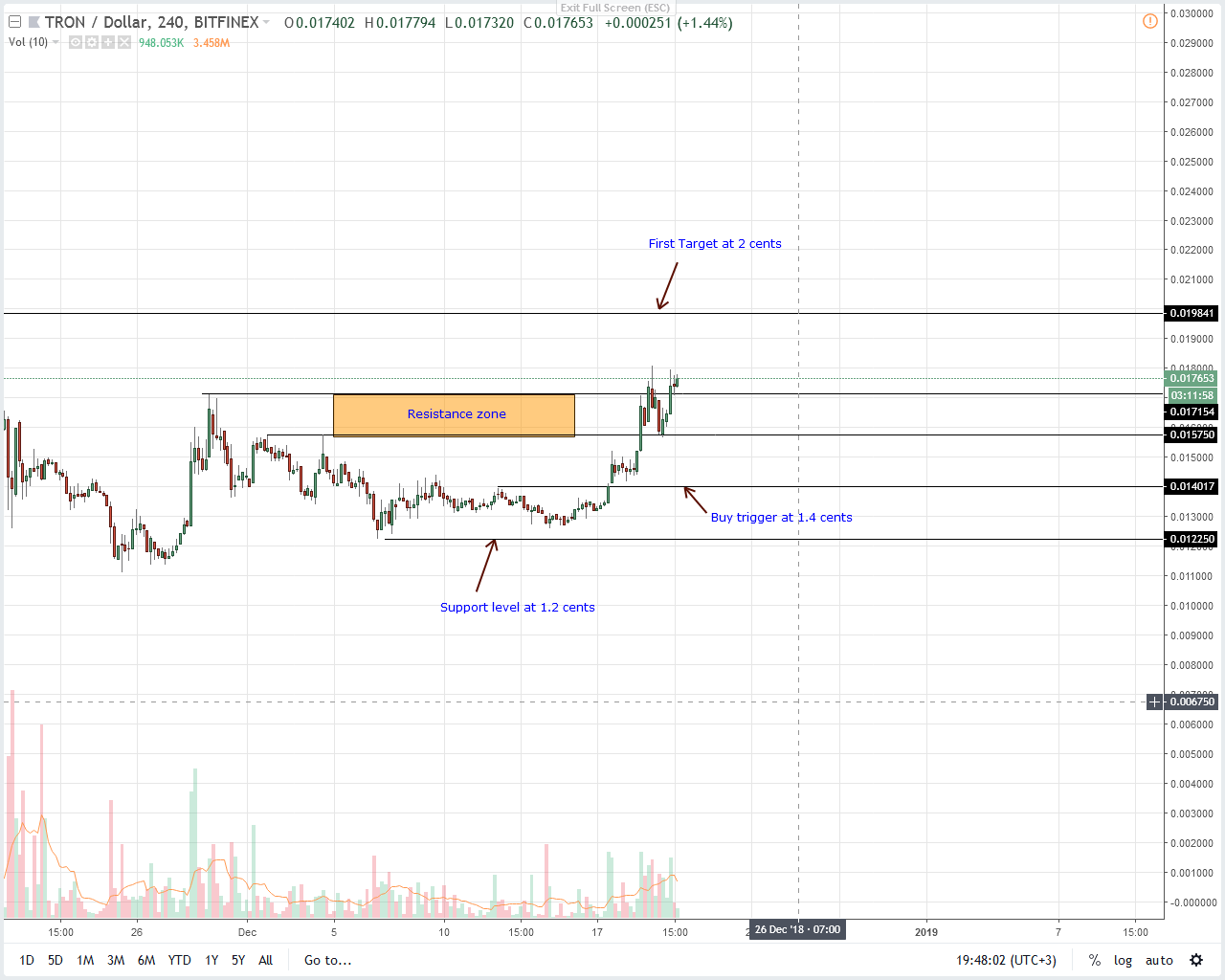 As it is, the 17 cents mark and the lower limit of our resistance zone are significant levels in our analysis. We expect TRX prices to expand above 1.8 cents and if it does, then traders can load up with the first target at 2 cents and later 4 cents. If not and there is a retracement towards 1.6 cents, then there is another opportunity to load up with stop level at 1.4 cents with same bull targets.

Our TRX/USD trade plan is as follows: