Analyst: 25% Recovery In Bitcoin Price Was A “Zombie Rally” 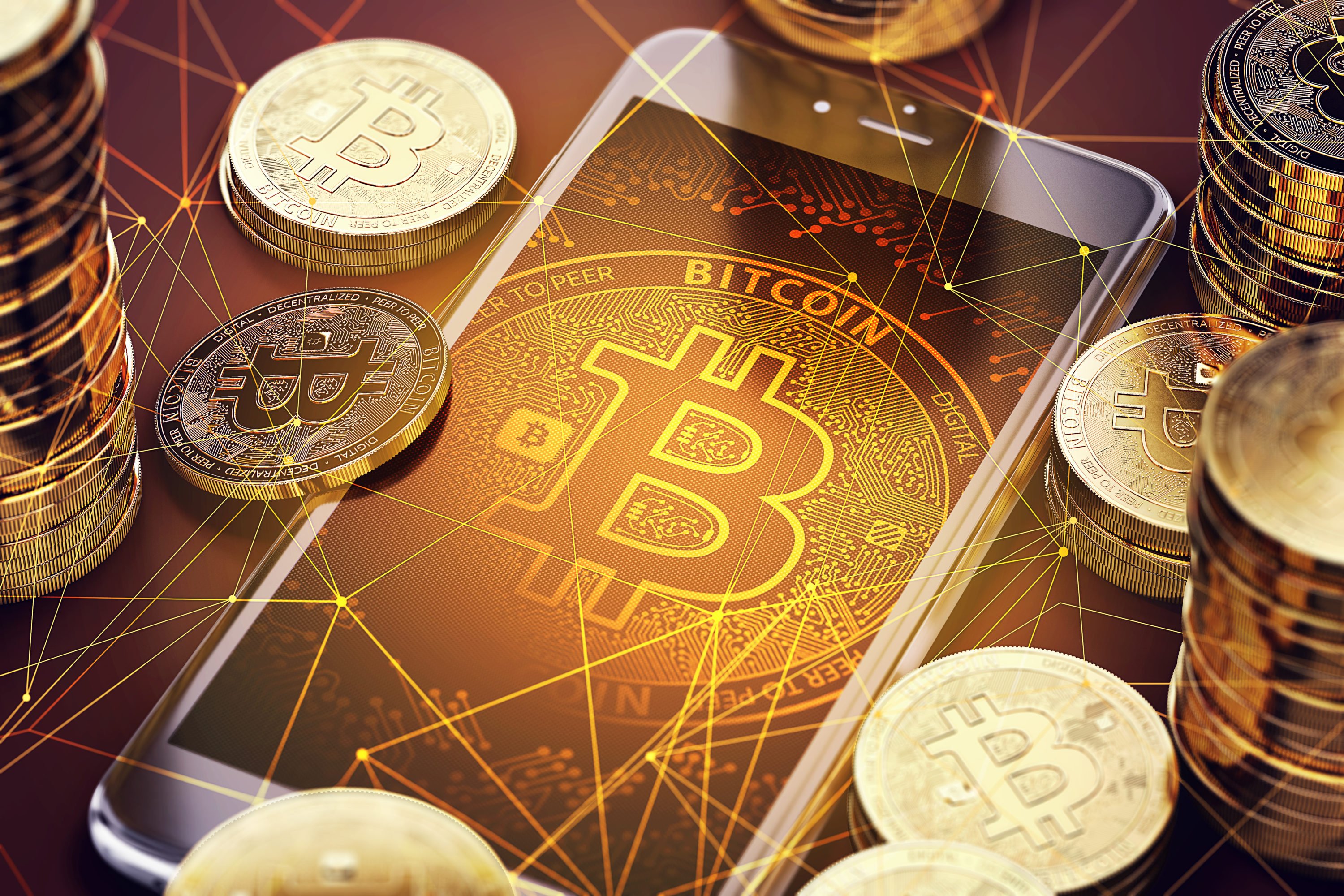 Over the past week, as the holiday season has drawn ever nearer, Bitcoin (BTC) and its crypto asset brethren have started to see a drastic uptick in buying pressure. Within a week’s time, BTC, which found a year-to-date low at ~$3150 last week, has recovered to the $4,000-$4,100 range. Many commentators and market analysts have stated that this double-digit surge, backed by multi-month volume highs, could trigger a bull run. Yet, one analyst says that crypto isn’t ready.

Alex Kruger, a leading crypto-friendly markets researcher and analyst, recently laid out the current state of the cryptocurrency market on Twitter. Through a 14-part thread, The economist, who hasn’t been afraid to comment on Bitcoin in the past, laid out what is making the current crypto market tick, so to speak. Kruger first laid out a number of bullish catalysts, expressing the importance of the advent of institutional participants in Bakkt and Fidelity, before noting that year-end manipulation to “improve metrics” could push cryptocurrency values higher.

On the other hand, Kruger noted that are a number of negative stimulants that could further depress this market. These include, but are not limited to, the capitulation of crypto funds, the U.S. Securities and Exchange Commission’s (SEC) latest spell of token sale skepticism, year-end liquidations to “offset [tax] gains,” sell-side pressure from “natural” sellers, and the advent of zombie SAFTs (Simple Agreement for Future Tokens) finally coming to fruition after 2017’s deals.

IMO the single most important factor is #3: Technicals. That is, this is a simple bounce from most oversold levels in history. Nothing for investors to FOMO.

Calling this the Zombie Rally, as most of those participating in it are actually dead.

Kruger, specifically remarking on crypto’s most recent bear market bounce, noted that technicals (technical analysis) remain the strongest impetus behind price action in this nascent market. In his eyes, the past week has seen a majority of cryptocurrencies, notably EOS and Bitcoin Cash (BCH), post double-digit gains due to a single indicator, this being the Relative Strength Index (RSI). According to Tradingview, which cited data from Bitfinex, Bitcoin’s one-day RSI reached its lowest level since Q3 of 2016 around two weeks back.

In other words, Kruger believes that the recent recovery is only a correction off oversold levels, rather than a fundamental shift in the fabric of this industry, like what Coinbase’s president hinted at during a recent CNBC “Fast Money” guest appearance. Contradicting sentiment touted by optimists, the New York-based analyst noted that there isn’t anything to “FOMO” about.  So, referring back to his thread’s titlecard, Kruger dubbed the past week’s price action, the “Zombie Rally,” jabbing at the fact that many participating in this leg upwards “are actually dead.”

He’s either touching on the mindless “FOMO” attitude that has ostensibly driven this rally, or the fact that bots, which are simply responding to technical statistics, are pushing up the Bitcoin price.

Although Kruger was evidently making use of creative license to convey his point, data gathered by Crypto Quantamental indicates that this seeming “relief rally” could be far from “dead.” Crypto Quantamental, a U.S.-based, pro-Bitcoin investor, recently stated that BTC is showing “the classic signs of a ‘V’ bottom.” He/she noted that the surge in BTC could be more than a “dead cat bounce,” as Kruger saw it. In fact, Quantamental noted that the “record-breaking” volumes (in BTC count, not $) indicate that a long-term bottom may have formed. 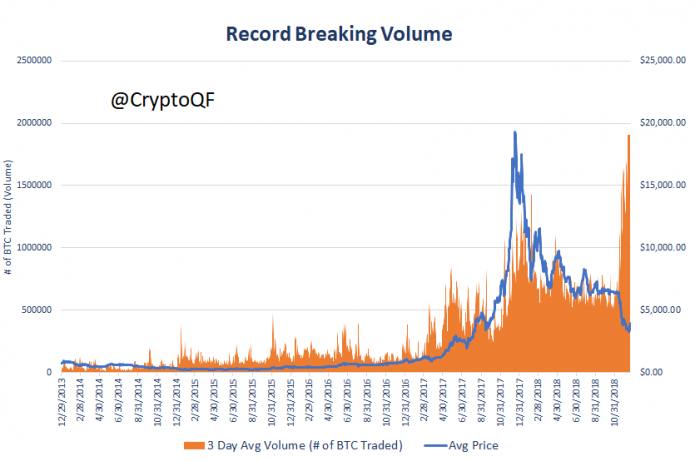 The investor explained that volumes have surpassed that seen in late-December 2017, when Bitcoin peaked at $20,000 in an unexpected turn of events. Volumes are even higher today than the bouts of selling pressure that BTC experienced on its trip lower. Per Quantamental, yesterday (Dec. 20) was Bitcoin’s highest volume day in its ten-year history, with exchanges en bloc reportedly trading 2,226,735 BTC at an average price of $3,938. This sum, for some much-needed perspective, is a tad more than 10% of all Bitcoin that will ever go into circulation.

Commenting on this move, Quantamental wrote:

All this, of course, could be a sign that cryptocurrencies won’t be revisiting its yearly lows again. However, Quantamental, just like his/her fellow analysts noted that it may be premature to call a bottom, as markets, especially crypto, can be unpredictable at times.