Analysis: Here’s Why JP Morgan Is Launching Its Own Centralized Crypto Asset

Next Article: Will Bitcoin Block Size Reduction Argument Cause Another Crypto Conflict?

Jamie Dimon, the chief executive of JP Morgan Chase, has long been a skeptic of cryptocurrencies, especially Bitcoin. After calling the flagship crypto asset a “fraud,” remarking that it’s much worse than the tulip bulb bubble of yesteryear, Dimon remarked that he doesn’t give a single sh*t about the project.

But, in a jaw-dropping turn of events, Dimon’s firm revealed that it would be diving head first into the blockchain space on Thursday. While some yelled hypocrite, as Dimon’s comments remain fresh in crypto enthusiasts’ minds, there may be a logical reason for the firm’s seemingly sudden 180°.

(Private) Blockchain Tech Is A Money Saver For Banks

For those who missed the memo, on Thursday morning, JP Morgan revealed to CNBC that it would be launching the so-called “JPM Coin.” This digital asset, which will initially run on top of Quorum, the bank’s private Ethereum-based ecosystem, is slated to become a stablecoin that will solely be transacted with the corporation’s walls.

In a comment to CNBC, Umar Farooq, the head of JP Morgan’s blockchain division, explained that a “tiny fraction” of the institution’s $6 trillion in corporate transactions would be made through JPM Coin. Farooq didn’t explain what the fraction would equate to, but as it stands, it is unlikely that the bank is poised to transact billions on their nascent centralized blockchain. 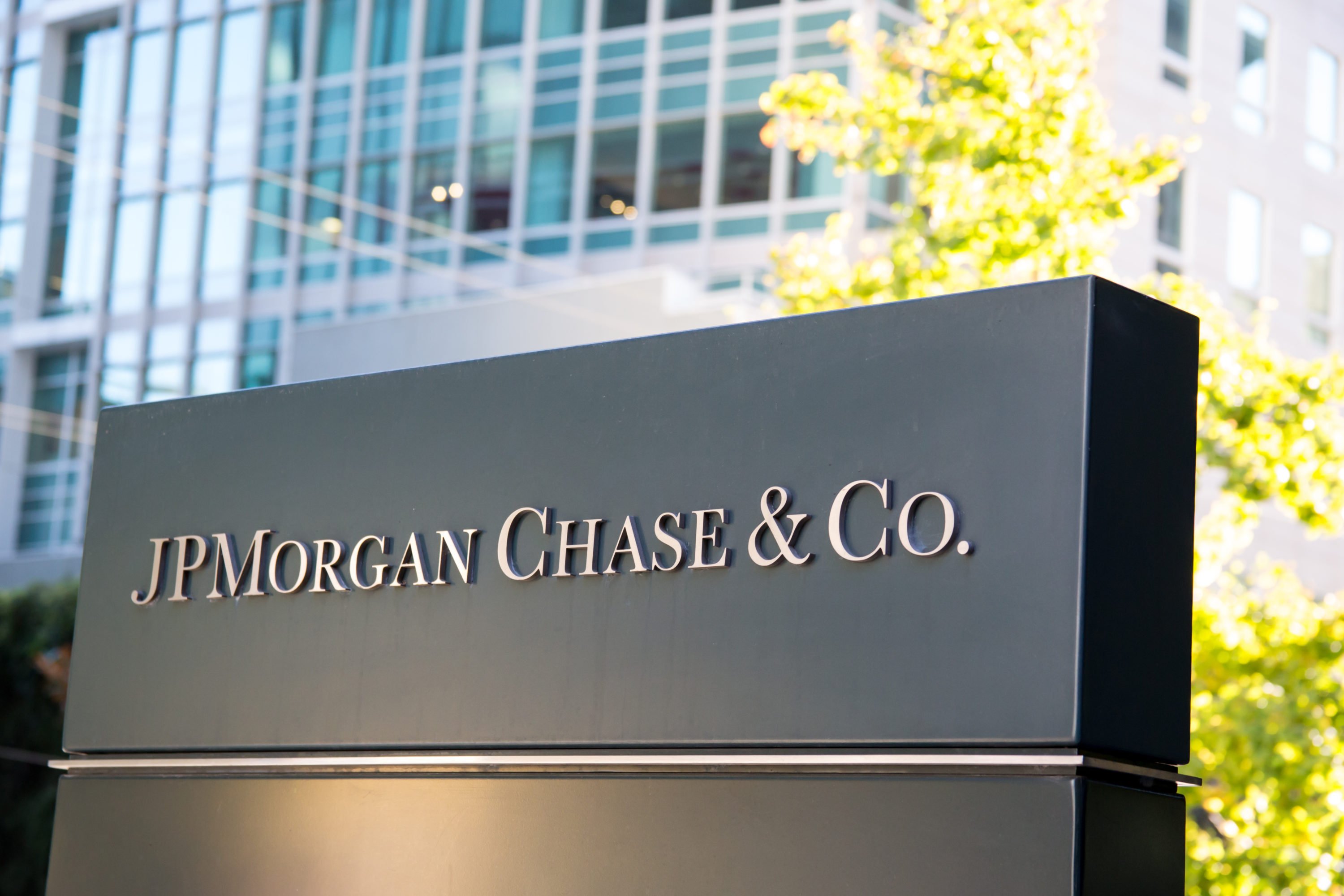 While many pundits have argued that the use of a centralized blockchain is inefficient, especially considering that tokens based upon such an ecosystem are 100% subject to the whims of fallible entities, the company may have a good reason for not heeding by Dimon’s word.

Long story short, the company, just like a good majority of other Wall Street bigwigs, wants to minimize costs through any means. While JPM Coin hasn’t been proven in the field, projects of similar caliber employed by other banks have seen some success.

HSBC’s Mark Williamson recently told Reuters that it has been saving a copious amount of trading costs due to its up-and-coming company blockchain. The chief operating officer of HSBC’s forex trading arm purportedly explained that blockchain-enabled transactions made on HSBC’s so-called “FX Everywhere” system were 25% than traditional methods. While HSBC’s offering doesn’t involve an in-house crypto asset, the premise is somewhat similar, meaning that extrapolating cost savings isn’t entirely illogical.

Thus, while Dimon still seems to be convinced that Bitcoin and other crypto assets aren’t fine and dandy, JP Morgan’s blockchain division are likely looking at green boxes in their books, rather than the morals of JPM Coin.

Funny enough, this newfangled digital asset comes after the Wall Street institution released a foreboding report regarding the long-term prospects of cryptocurrencies. Though, the firm’s research division was bullish on blockchain technology and similar innovations. Per previous reports from this outlet, JP Morgan’s researchers wrote that Bitcoin is only best used in a dystopian world, one where fiat currencies and traditional banks are all but dust.

Although JP Morgan’s attempt to bolster its bottom line is commendable from an economic perspective, much of the crypto community lambasted the organization for its cryptocurrency project.

As reported by NewsBTC just hours after the jaw-dropping news broke, industry diehards came out in force to lambast JPM Coin. Alec Ziupsnys, better known as Rhythm Trader, noted that the company’s venture isn’t much of a “cryptocurrency.” WhalePanda echoed this sentiment, quipping that the new product is a “useless sh*tcoin.”

But these quips were just the tip of the iceberg, as a mass of crypto commentators took to their Twitter feeds en-masse to bash the institutions’ audacity to introduce the umpteenth stablecoin, one that is entirely centralized no less.

Anthony Pompliano, an anti-establishment figure that heads Morgan Creek Digital, joked that the “most popular token for money laundering this year” will be JP Morgan’s very own asset, likely referencing the fact that Bitcoin is barely used for “cleaning cash,” if at all.

Brad Garlinghouse, the chief executive of Ripple Labs, also had something to say about the offering. In a Twitter comment that garnered some semblance of support of both the XRP and Bitcoin community, the fintech guru explained that JP Morgan’s sudden launch of a digital asset is like launching “AOL after Netscape’s IPO.” This is, of course, in reference to the earliest Internet browsers at the commencement of the first notable Dotcom boom and bust cycle.

Even Bitcoin Nouriel “Dr. Doom” Roubini, a professor at Stern School at New York University, had some laudable choice words for JP Morgan’s newest venture. Roubini, who has claimed that Bitcoin will go to $0 on multiple occasions, explained that JPM Coin is far from the public, permissionless, and decentralized nature that cryptocurrencies are best known for.

In which way has the new alleged JPMorgan crypto coin anything to do with blockchain/crypto? It is private not public, permissioned not permissionless, based on trusted authorities verifying transaction not trustless, centralized not decentralized. Calling it crypto is a joke

Analysis: Here’s Why JP Morgan Is Launching Its Own Centralized Crypto Asset was last modified: February 15th, 2019 by Nick Chong