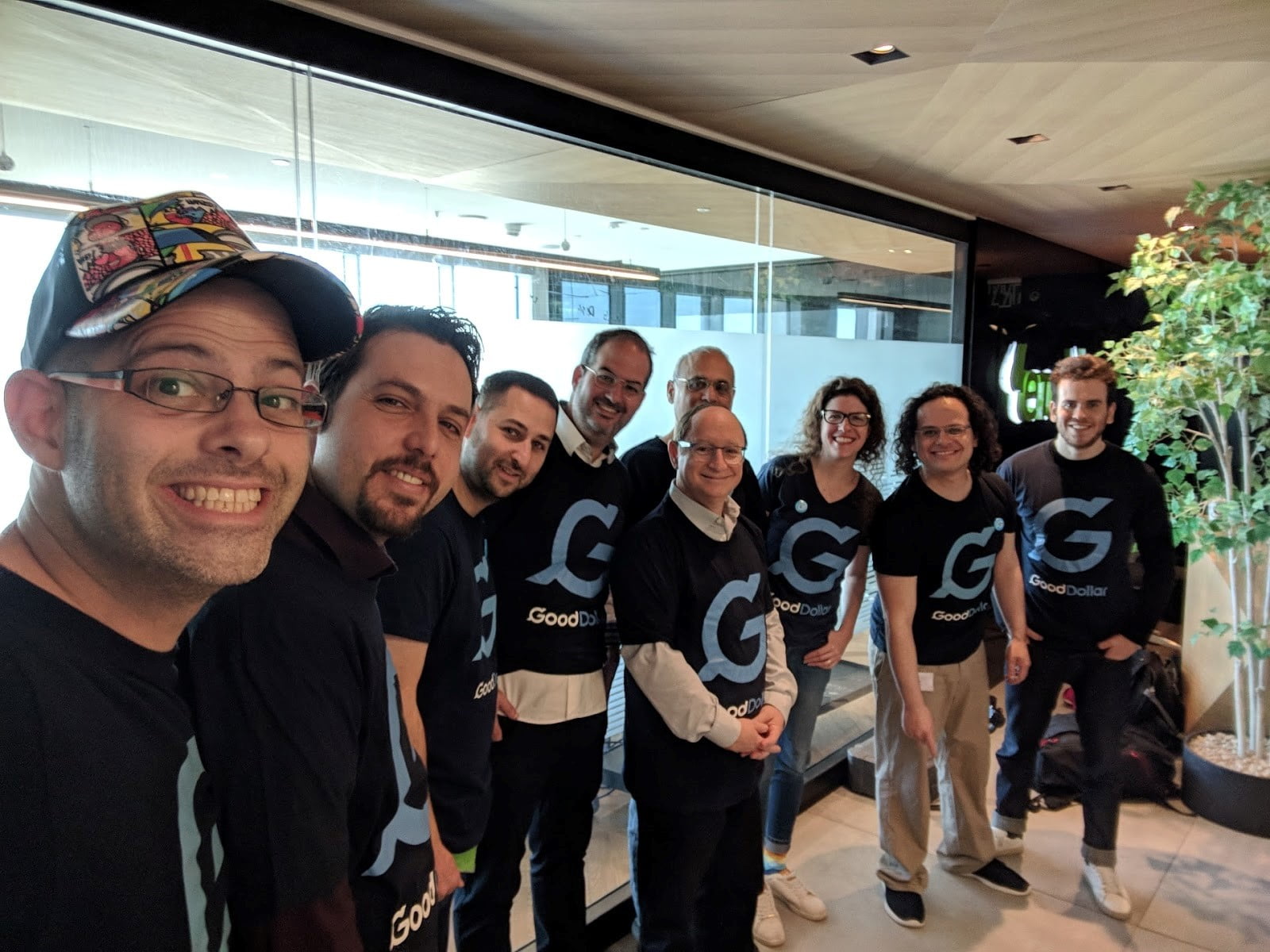 The hackathon for reducing global wealth inequality using decentralised technology was won by a prototype for a system that encourages citizens to be checked for diabetes in return for GoodDollar tokens.

GoodDollar, a not-for-profit research hub that explores how decentralised cryptocurrencies and blockchain technology may enable models based on universal basic income (UBI) with the central aim of reducing global wealth inequality, held the inaugural Hackinequality event in Tel Aviv on March 14 and 15.

The judging panel, after much debate, agreed that the three-person t2d team – made up of Jesse Medina, Lior Yaffe, and Yaron Shmaria – had done enough to see off competition from the other eight social impact projects.

The team won the US$2,500 first prize, though the money was of secondary importance, with their contribution for social impact by far the more valuable. 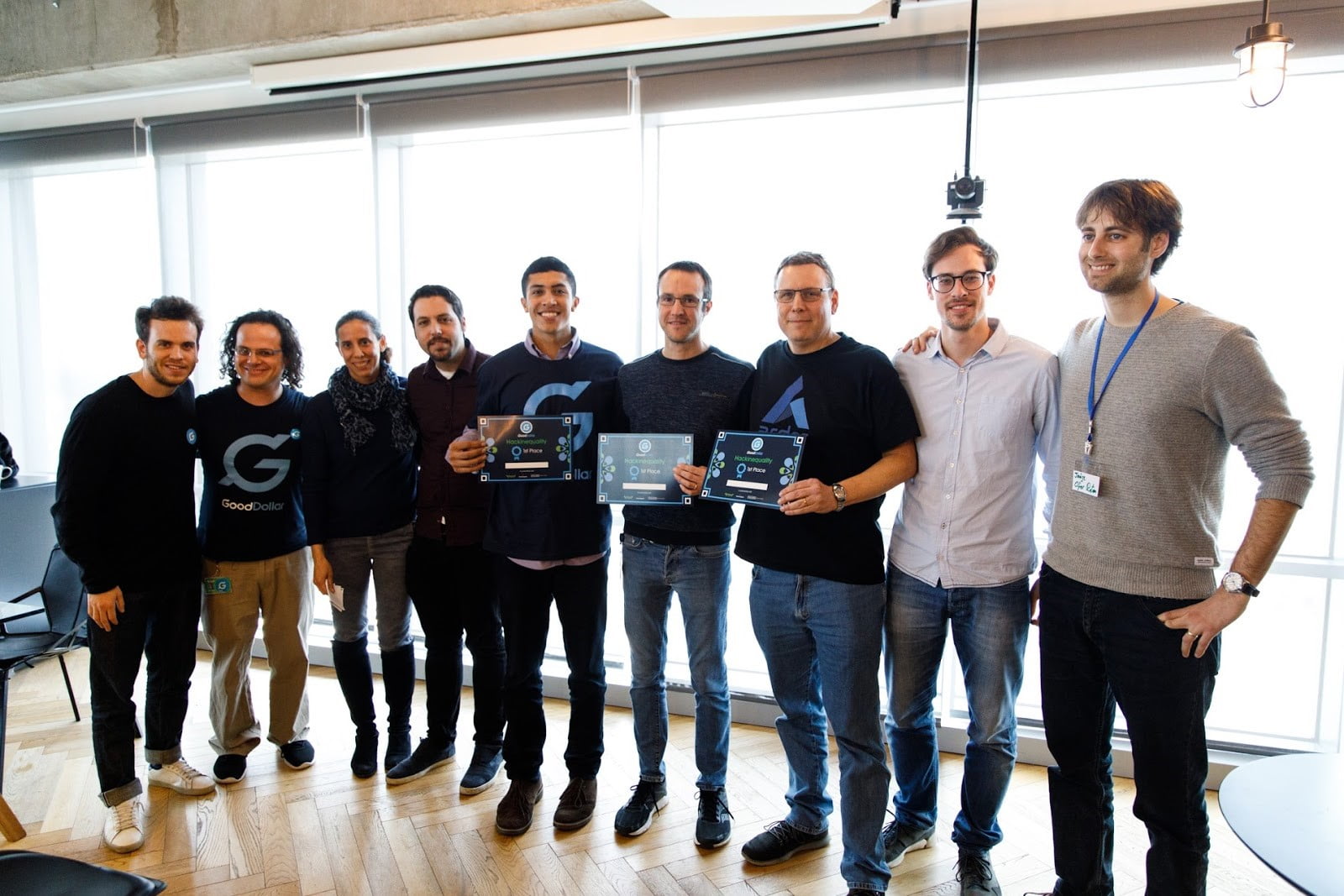 Nine teams had 16 hours to work on their projects at the eToro offices in Bnei Brak, and their dedication was commendable. Most of the talented 35 participants – including programmers, analysts, designers, user experience experts, blockchain enthusiasts – burnt the midnight oil. In all around 50 people attended Hackinequality – an impressive turnout for the first event of this kind.

Those in attendance included Ron Adam, the Israeli ambassador in Rwanda and former deputy representative of Israel in the United Nations, who stayed for almost three hours and was extremely encouraged by what he witnessed.

He wrote on Twitter: “Excited to be present at the first @TheGoodDollar hackathon in TLV where young Israelis compete on the most #Innovative solution to narrow the gap between poor and rich of the world using #blockchain and creating #Socialimpact to achieve the #SDGs. Ready for #Rwanda!”

Teams tested the case for UBI and explored how wealth might be evenly spread, how a taxation system can be re-engineered to suit blockchain and power UBI, and how by shopping in normal e-commerce sites people could contribute to the formation of the GoodDollar economic framework.

It was inspiring to see the keenness of participants to work so hard, especially at the end of the working week. Team leader for Spreading Fair Income, Rami Hersonski, typified the can-do attitude, as he took part while jet-lagged, having arrived straight after a transatlantic flight. It highlighted that people are willing to lose sleep over Gooddollar’s core purpose – to reduce global wealth inequality – for the sake of the mission.

Talking about sleep (or lack thereof), the second-placed team won $1,500 for presenting a device that would spur people from their slumbers. Every time the Lightning Alarm Clock is snoozed, GoodDollars are donated to good causes. The phrase “you snooze, you lose” needs updating for this idea, because everyone wins if you do fancy an extra five minutes in bed. Third place – and $750 – went to GoodTrust, while Lynx, focused on voluntary land tax, won a special award for being the “most disruptive”. 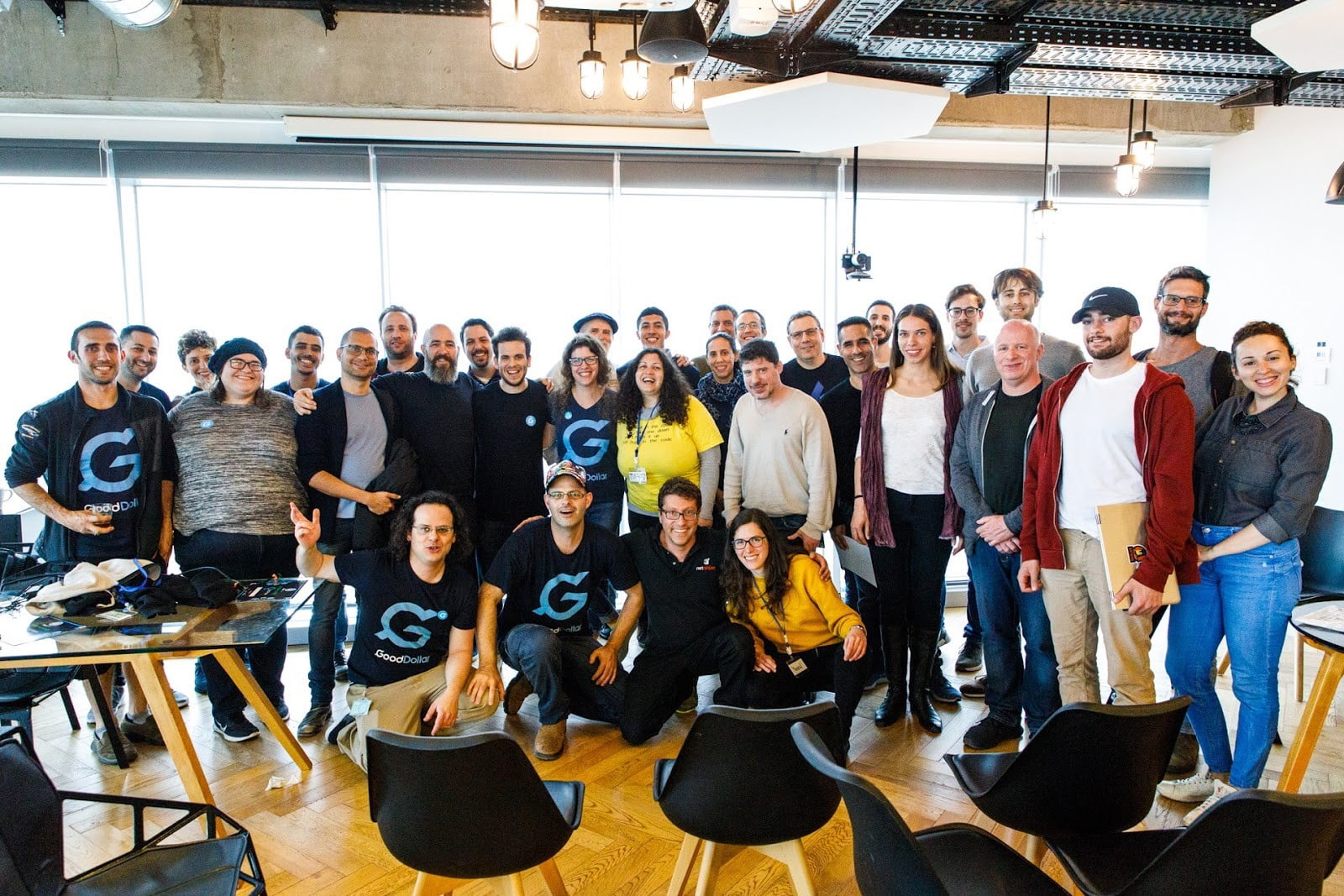 Evidently, interest in social impact projects in general and reducing global wealth inequality through blockchain-backed UBI specifically is at an encouraging level, and growing – in Israel and around the world.

Those seeking to learn more about what might be possible in this space are encouraged to read the keynote slides presented by Dr. Nir Yaacobi, GoodDollar’s Economic Lead (here), and Hadar Rottenberg, our Tech Lead (here), at the Hackinequality preparation event.

Code and decks for the teams: http://bit.ly/2FfG34f