Next Article: Weiss Rates Ripple and EOS; Best Time to Invest Could be Very Near

Following news that CoinFLEX raised millions from Digital Currency Group and other crypto-centric investors, NewsBTC got the chance to sit down with the startup’s chief executive, Bitcoin veteran Mark Lamb. If you want to hear what he has to say about Bitcoin, Anthony Pompliano’s popular catchphrase, what he sees is tantalizing about crypto, and what CoinFLEX really is doing for this space, look no further.

We covered a number of topics, but a common theme was clear: believe it or not, Bitcoin will return… eventually.

What Does Mark Lamb Think Of Bitcoin?

NewsBTC: How do you think that this “crypto winter” has been compared to ones seen previously?

Mark: When you have more money and traders in the space, markets can correct faster. It seems like this one was faster on the downside, and might be faster on the rebounding move. It’s too early to say whether we’ve hit the ultimate low, or if we are ready for a rebound. But the nice thing about any crypto winter — I saw this during the previous winters (2011-2012 and 2015-2016) — is that it washes out a lot of the scammers, the people that were in it to turn a quick buck, and those that are actually in crypto to see it succeed. That’s the nice thing about the space right now.

There are now a lot of long-term adopters, builders, and HODLers, so we can actually focus on building stuff. But yeah, I think that people, in general, need to have a long-term time horizon, as the winter period could last another 18 months and prices could fall by another 50%. I tell people who want to buy Bitcoin that they should always be not afraid of it going down by 50%, as that’s always something that could happen. But, long-term, it is basically the most amazing form of money that the world has ever seen. So I’m psyched about the long-term.

NewsBTC: Do you agree with Pomp’s “Long Bitcoin, short the bankers” catchphrase?

Mark: I work with bankers, traders, and a lot of people from the financial industry, so I think you shouldn’t hate on them too much. But, they are mostly part of the system that is outdated. But definitely long Bitcoin, short the fiat currencies — that’s what I would say.

NewsBTC: What got you into crypto?

Mark: I was looking at the nature of money, and I was trying to understand what is really going on with dollars, pounds, euros. I was trying to understand what it means. First, it was a bit of a rabbit hole, as I delved into payment and money flows. Then, you understand the philosophy and political implications of money. I saw and found Bitcoin as I was looking at alternative currencies, and I determined that this was the most amazing thing I have seen in my life. I then started to meet people who were using Bitcoin in real-world transactions, people using it to move money around and all sorts of things.

I also met a few people who ran exchanges, and I could clearly see that there was a huge business opportunity here. I went all in on Bitcoin. I bought Bitcoin with all the money in my bank, I borrowed money to buy as much Bitcoin as I could. Basically, as the people that I knew had exchanges collapsed, I just realized that we need a proper exchange in the U.K. Now I’m doing the same thing for crypto derivatives — building a proper exchange that people can rely on.

NewsBTC: You seem to be really in love with Bitcoin. But are there any other projects on your radar?

Mark: I’m in love with three main coins: Bitcoin, Ethereum, and Bitcoin Cash. And those are the first coins that our exchange is going to launch futures on. We’re a neutral marketplace, meaning we are going to launch futures and spot for a list of cryptos. But I think that each of those three has a very, very special place and a unique advantage. Bitcoin Cash is basically Bitcoin with on-chain scaling. Bitcoin is Bitcoin with the attempt of scaling through the Lightning Network. And the nice thing about owning both is just seeing which strategy works. Ethereum is just this amazing smart contracting platform.

You know there’s a whole different approach to building out a blockchain there, whether it is a state mechanism (changes) or genesis blocks and UTXOs. One of these is going to work, and they’re both working today.It is just a question of which one scales better and works better over time. But I think the nice thing about crypto is that there is experimentation. I think that there are many maximalists, one of them used to be me. I’m not one anymore. But I do think that there will be one or two crypto assets that will be the main money currencies in 20 years. And I think that there will be a bunch of others for exchanges, companies, networks. But the vast majority of the crypto’s market capitalization will be in one or maybe two of the money currencies that can serve as global money for the world.

NewsBTC: What is one thing holding back crypto adoption right now? And what’s your final vision for this, let’s call it, revolution?

Mark: The one thing holding back this space right now is it’s pretty hard to get, spend, or sell crypto. These are pretty mundane things. This isn’t some fancy smart contracting thing. I think that use cases need to increase too though. But, the base level of obtaining crypto is still quite difficult. The base level of spending is that there aren’t enough places to spend it. And the base level of selling it could also be improved as well. A fourth thought here is earning crypto. We need to make it easier to allow people to get paid in cryptocurrencies — that may be a killer use case. As a pro-crypto employer, you don’t need to deal with international wires, payment processing through third parties. With crypto, it’s just entering an address and sending payment.

My final vision for crypto is that it is a new money system that becomes a meaningful part of all money that exists in the world. And it should power a large percentage, if not all transactions in the world. And basically, it should be how people store their wealth. If they’re looking to store their wealth in a money-like thing, they should use crypto.

What The Heck Is CoinFLEX? And What Is It Doing For Crypto?

NewsBTC: For those who don’t know CoinFLEX, can you give NewsBTC a brief summary of what you guys do?

Mark: CoinFLEX is the first physically-delivered crypto futures exchange in the world. For people who aren’t familiar with futures, it’s basically a way to speculate, hedge, or buy or sell an underlying asset. And for most of the traditional futures industry, the way that a vast majority — maybe 95% to 98% of all futures — are settled are through physical delivery. This is an alternative to cash settlement, which uses reference prices in spot markets. The reason why physical delivery is so important is to prevent market manipulation of the more illiquid spot market. So we are really excited to bring this to the crypto market, and give people futures they can trust more than the futures exchanges that are out today. 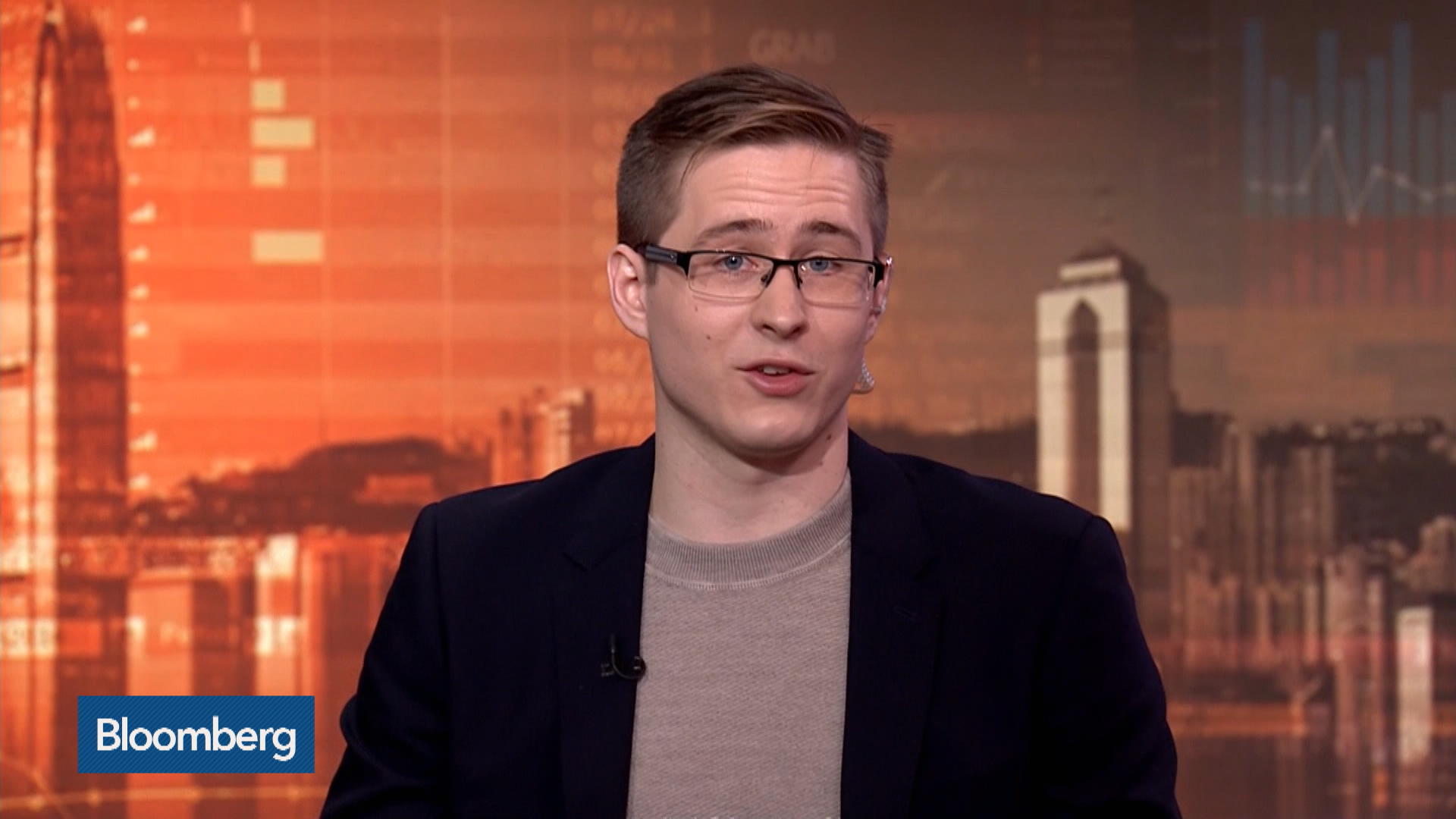 NewsBTC: How has demand been for your product so far? Has there been any institutional interest?

Mark: So, we’re really focused on retail customers because that is what drives the crypto market and adoption. But, physical delivery is the ideal mechanism for institutions, so they are going to be using our platform as well. Several of the institutions that are market makers are actually involved in the CoinFLEX space as customers or shareholders. So, the thing that really helps institutions is because it is Physical Delivery, they can hold much larger positions than they can in cash-settled futures. So with cash-settled futures, they have to worry about manipulation, basis risk, and all these different types of things that can happen at expiry. But with our futures, nothing should happen, as at expiry, they either get delivered the bitcoin or deliver the bitcoin.

NewsBTC: So do you guys think of yourselves as a competitor to BitMEX, ErisX, Etc.?

Mark: Absolutely. We are trying to compete with BitMEX, ErisX, OKeX, CME, and Bakkt, and all the other players that are trying to compete in the crypto derivatives space. I think that the problem with the exchanges right now is that they’re cash-settled, and regionally focused. For example, many of these exchanges are focused in the U.S., which is about 4% of the population, and a small percentage of the crypto market. We are trying to be a more global exchange targeting the crypto derivatives space, and we aren’t dealing with U.S. customers.

NewsBTC: Building off that, do you think that the CME and CBOE futures pushed the price of Bitcoin down last year?

Mark: No. Those two exchanges were about 1% to 2% of the futures market. Most of the market was BitMEX and OkEX, so it is very unlikely that those two exchanges were responsible for the Bitcoin crash. They didn’t really have a lot of volume or open interest. I think that Bitcoin was just overpriced at the time, as there was a wild amount of speculation that got ahead of where the adoption was. What we are seeing is a correction of that. But, the pendulum often swings too far in either direction. We will see some exciting things over the next 12 months though.

NewsBTC: CoinFLEX has a bunch of its services based on stablecoins. What are your thoughts on this part of the market right now?

Mark: We are really excited about stablecoins right now. We believe that Tether has done an amazing job at creating something that is an alternative to an exchange using a bank. You know, for all the spot exchanges that are focused on global customers rather than a local market, they don’t need a bank, they can just use Tether. We picked stablecoins and tried to figure out to price out futures in, as we didn’t want to go through the process of getting a bank account.

When I was at Coinfloor, banks often closed our accounts, and it was very difficult to convince a bank to work with a crypto exchange, which is often seen as a higher risk. When we reached out to retail customers and institutional customers, the overwhelming feedback was to use Tether as our stablecoin.

NewsBTC: Do you have any worries about Tether’s reserves?

Mark: No, I’m not worried about the fears regarding the legitimacy of Tether’s reserves. I’ve talked to Bloomberg, and they have verified the actual reserves. There’s Deltec Bank […], whose CEO has confirmed that Tether has the reserves it says it has. And we regularly speak with people at the Tether team itself.

Read More
Tags:bitcoinCoinFLEXcrypto BitStarz Player Lands $2,459,124 Record Win! Could you be next big winner?
Next Post