As much as crypto stakeholders bash Tron (TRX) for its questionable practices, marketing-centric policies, and its propensity to spark communal discourse, there is no doubt the blockchain project has done its utmost to stay afloat in this Bitcoin bear market.

Whether it be releasing a Tron-based version of Tether’s USDT, running a controversial yet lavish $20 million and Tesla giveaway, buying out BitTorrent to implement blockchain, or an act of a similar sort and caliber, the project has kept its nose to the proverbial grindstone. And this perpetual grind might not be stopping anytime soon.

Related Reading: Exclusive: Why The Hell Is Tron CEO Sun Giving Away $20 Million?

Tron’s Justin Sun is looking to continue this thread of wins with a technological advancement called the Sun Network, named after, well, the cryptocurrency entrepreneur himself.

Justin Sun recently took to Twitter to cheerily announce the establishment of the Sun Network venture, a second layer solution for the smart contract-centric Tron blockchain. According to the Ripple alumnus, who attended Jack Ma’s Hupan University, the Sun Network solution could allow Tron’s transactional throughput to increase by 100 times.

#TRON will release the detail of #Sun Network soon! #SUNNetwork is our layer 2 solution to achieve 100X scalability. #TRON’s dapp usage is poised to scale from the current millions to hundreds of millions after launch. GO #TRX and #BTT! #BitTorrent #BTT #TRX

Per the Foundation’s document, the Sun Network isn’t exactly a simple, single-faceted layer two advancement. Instead, this “network” will consist of “DApp sidechains,” cross-chain infrastructures to promote interoperability, and “some other expansion projects.”

The cumulative effect of these innovations will, as per the Tron Foundation, increase the “overall TPS and smart contract efficiency of Tron.” The DApp sidechains themselves will purportedly allow Tron to run smart contracts with “extremely low energy consumption, high security, and efficiency.” Funnily enough, the potential improvements weren’t explicitly quantified, leaving it anyone’s guess as to how the Sun Network will benefit Tron over the long haul.

But, we will soon see how the Sun Network plays out, as Tron intends to launch a test-stage DAppchain by May 30th, a fully-fledged DAppchain by August 10th, and an upgraded version just 40 days later.

As explained earlier, it is currently anyone’s guess as to how Sun’s latest passion project will aid Tron. Sun himself, though, is absolutely convinced that the Sun Network will have a decidedly positive effect on his brainchild.

In a recent interview with NewsBTC at Hong Kong’s Token2049, Sun remarked that he expects for the Sun Network, the launch of a Tron-based USDT, the growth of DApp use on the platform (Sun predicts 2,000 active application by year’s end), the launch of ZK-snarks, among other advancements to propel TRX to new heights. In fact, Sun overtly claimed that if all pans out, TRX could easily be the fourth most valuable cryptocurrency by the end of 2019, placing it below Bitcoin, Ethereum, and XRP.

For some perspective, the market capitalization of Tron would need to rally by 170% at current levels, barring that its competitors remain flat, to reach that fourth seat. 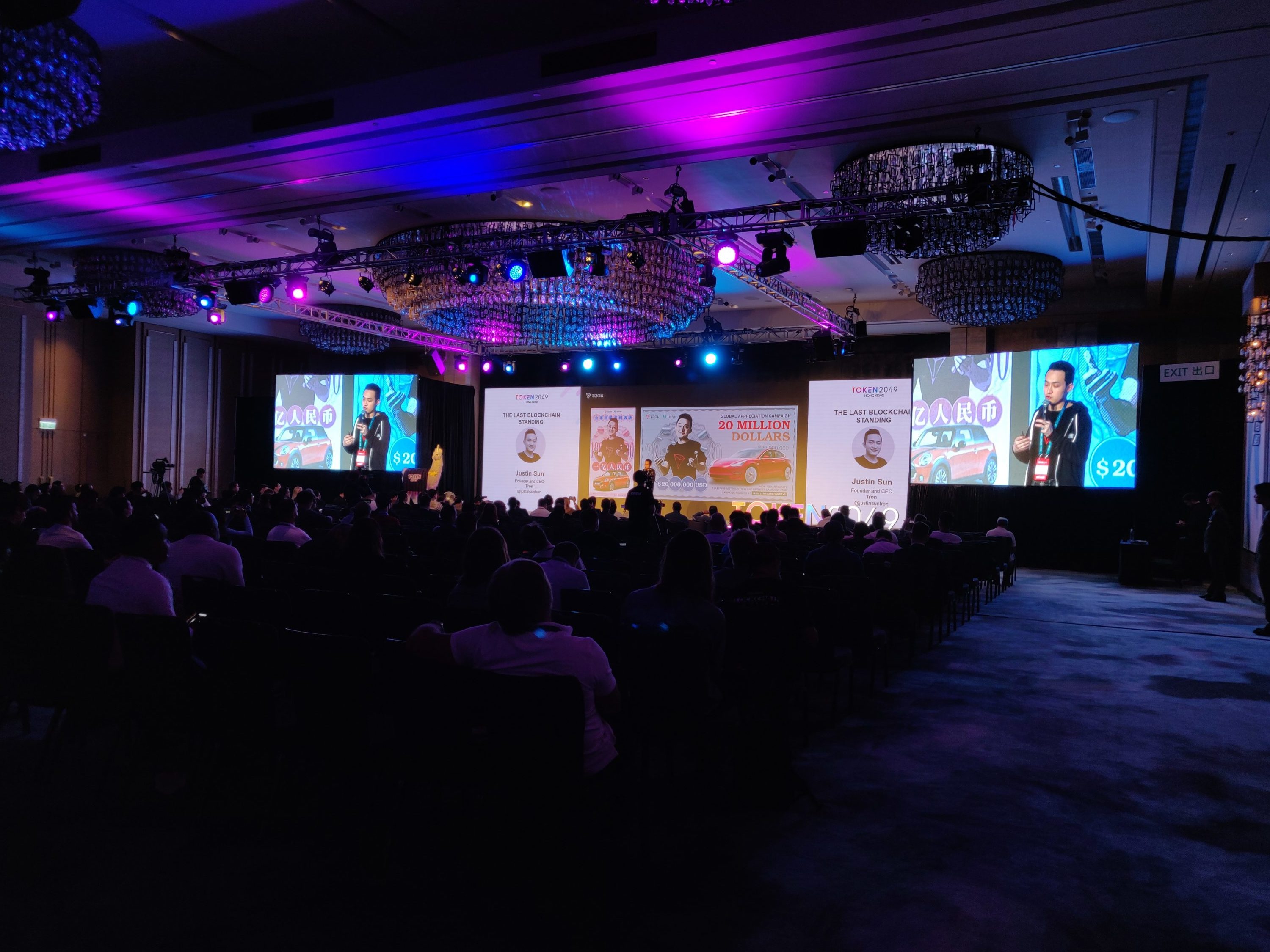 A Shameless Copy Of Ethereum 2.0?

Considering the timing and speed of this move, some are wondering about Sun’s true intentions. Is Tron trying to get a leg up over Ethereum? Is the Sun Network a ploy to steal attention from the similar Ethereum Serenity or the speed-centric Lightning Network? you may be asking.

If you look at Sun’s recent Twitter quips at Ethereum creator Vitalik Buterin, especially about avocados and Twitter followers, you might think this is the case. But, considering a number of the Tron chief executive’s recent interviews, he may be looking to help join hands with the competing project.

As reported by NewsBTC previously, during a recent episode of TheCryptoChick’s podcast, Sun remarked that he expects for this year to see Tron “officially collaborate” with Ethereum. This, interestingly, enough comes after Sun claimed that he would “immortalize”  Buterin and Ethereum’s crowd after Tron succeeds, and after Buterin joked that he would lose faith in humanity if Tron wins the blockchain game.

Regardless, the Sun Network likely isn’t a copy of Ethereum’s Serenity roadmap or the Bitcoin Lightning Network for that matter. However, with this move, the minds behind Tron are likely trying to take some thunder away from the crypto market’s biggest names, as the project looks to usurp cryptocurrencies like EOS, Stellar Lumens, Cardano, and even Binance Coin, from where they sit now.

But will Justin Sun & Co. succeed? That’s the question that will have to be answered with real products, not just marketing and hype.

LMAO Justin really named the Tron network after himself? https://t.co/oJMRtbn4HE

What Justin Sun Thinks Will Boost Tron (TRX) Near The Top Of Crypto was last modified: April 9th, 2019 by Nick Chong