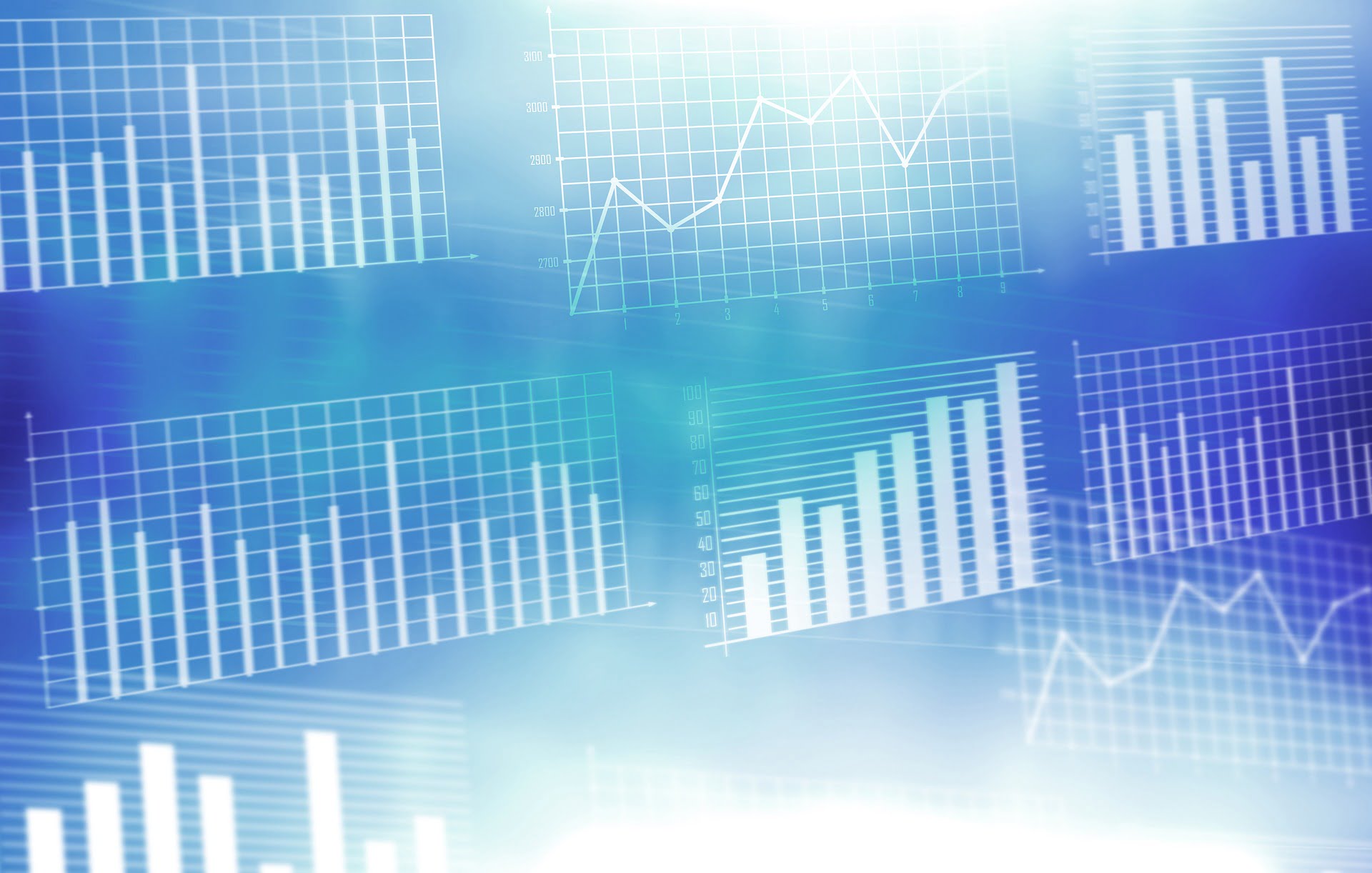 In just two short tweets, the market calm has been shattered. As far as the ability to move markets on a whim, Donald J Trump has just shown everyone that he’s still got it.

The markets were looking forward to a speedy resolution of trade talks between the US and China. Last night the US President threw a bucket of ice water on that notion by announcing that the current tariffs are largely responsible for the exceptional economic data the US has been enjoying lately and that he’ll be raising tariffs even further this Friday.

With national bank holidays in the UK and Japan, today was supposed to be a quiet day for the markets. So much for that. 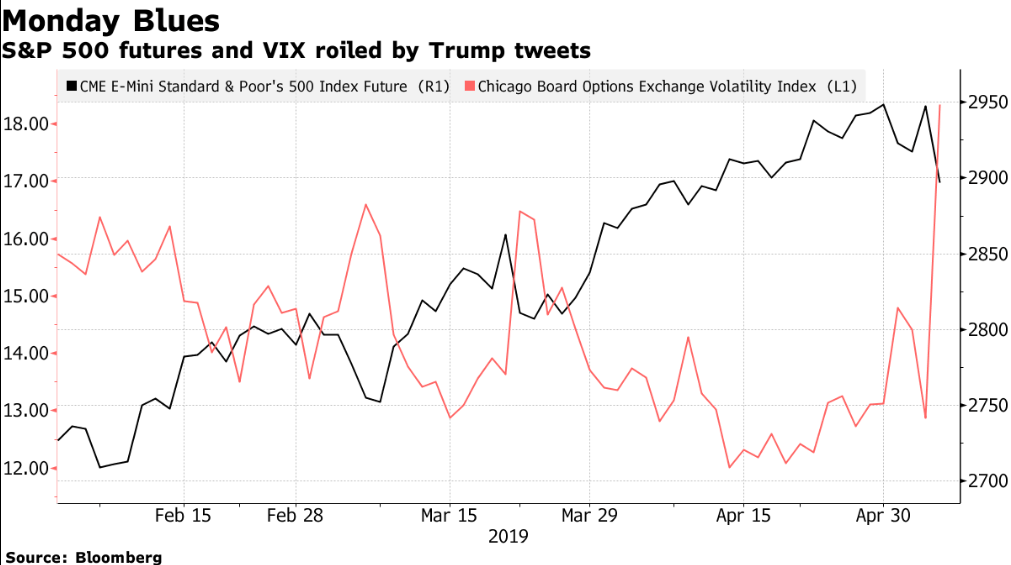 Stocks are the lowest they’ve been since the start of the month, but more telling is that volatility is as high as it’s been since the beginning of the year.

Still, the US economy is incredibly strong, as evidenced by the superb jobs data out last Friday and corporate earnings, which is what usually drives stocks, is off the charts. So it will be interesting to see where this goes.

Please note: All data, figures & graphs are valid as of May 6th. All trading carries risk. Only risk capital you can afford to lose.

As we mentioned above, the markets are on high alert today after Trump decided to raise tariffs on China again.

With all the positive earnings and supportive central banks, the markets had grown somewhat complacent when it comes to geopolitics. It seems a good time to remember that there are other risks on the table that don’t seem to have to do much with the economy, like this one in the UK that the markets seem to have swept under the rug. What was it called again?

Also worth mentioning today is that the Reserve Bank of Australia is expected to raise their interest rates tomorrow morning from 1.25% to 1.5%. Watch the AUDUSD.

The Bitfinex premium we’ve been tracking has persisted through the weekend and at the time of writing is holding steady at around $350.

Exactly how this premium is being maintained at such a steady level is truly puzzling. Almost as puzzling as trying to understand how the USDT remains pegged at exactly $1.00 despite reports that customers are fleeing Bitfinex and Tether.

This article in the Wall Street Journal, featuring comments from yours truly even goes as far as to say that the exodus from Tether could be what’s caused the crypto rally on Friday.

We can only assume that the premium can’t get too big because traders will just arb it out, but why the exact approximate figure of $330 to $370? It’s a question that I’ve been pondering through the weekend and still coming up short.

The premium is reminiscent of what happened at Mt. Gox before it collapsed where bitcoin was trading higher on the troubled exchange for quite some time before they went down. The difference here is that Mt. Gox made up an estimated 60% to 80% of all bitcoin transactions at that time. Today the market is far more decentralized so no matter what happens to Tether, Bitcoin will be just fine, probably even better off when this is over.

Those of you who’ve been following have noticed that the number one fear from bitcoin’s charts came in the way of a loveable yellow television rebel.

The famous bitcoin Bart Simpson pattern has played out countless times in the last few years where we see a surge up, a spiky-haired consolidation, then a sudden plunge back to where we started.

So after the April 2nd surge and subsequent consolidation, the fear was that we would see another plunge and complete the famous pattern. However, thanks to Friday’s surge, this option is now squarely off the table.

Looking at the short-term graph, it looks like we’re now entering a loose upward channel more than anything else.

Of course, past performance is never an indication of future results, but it’s worth noting that this type of pattern is usually translated as a bullish signal.