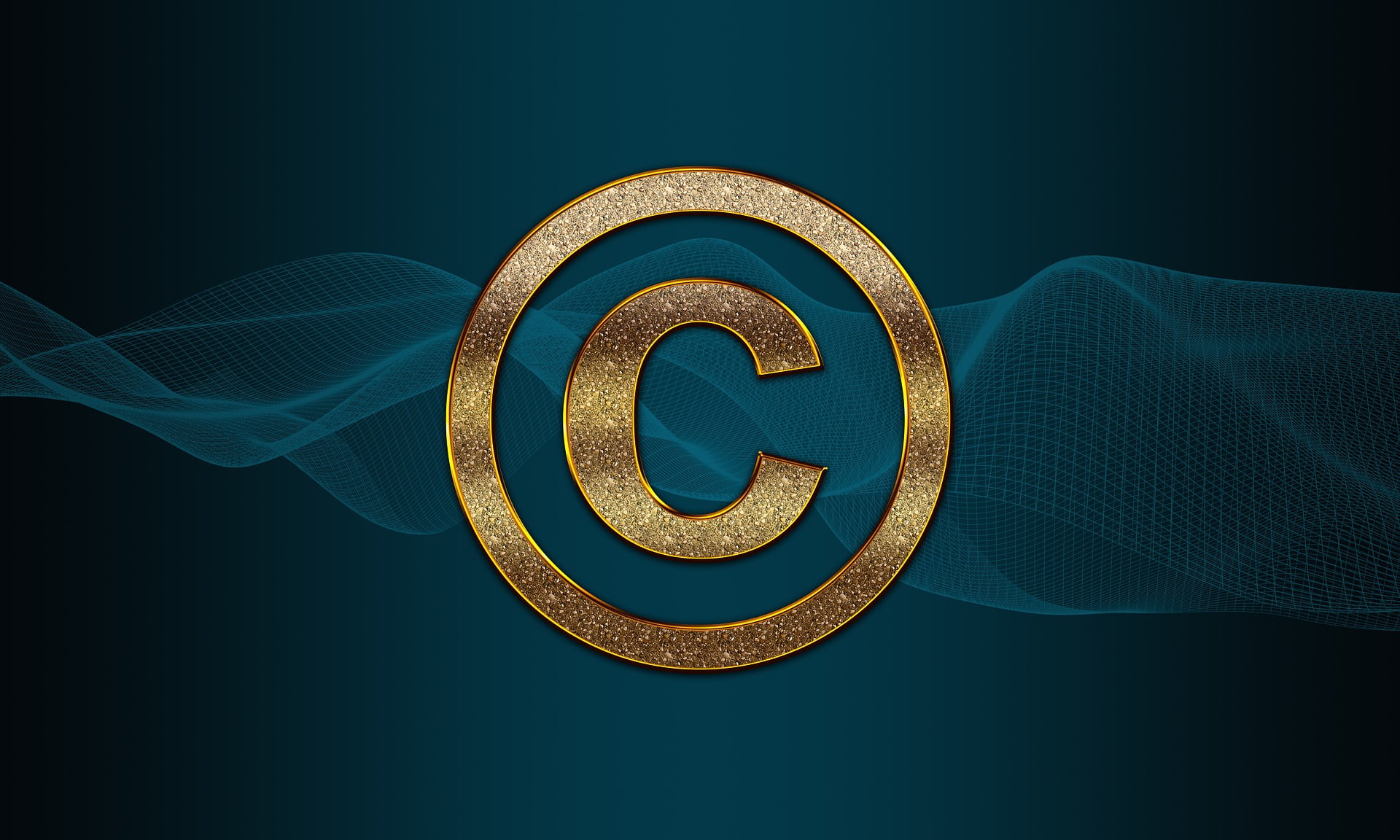 As fake news goes, this one takes the cake. It’s not without great hesitation that I share this link, which is obviously riddled with false and misleading information…

It seems that according to the procedures, anybody can file for a US copyright on any piece of writing or code and it is not legally binding in any way. Still, the price of Bitcoin SV shot up by about 100% following the announcement.

The recent campaign to delist BSV from the major exchanges may have had some unintended consequences. Now that there is drastically reduced liquidity, the coin is acting like a penny stock, where even a small amount of volume can push the price drastically in either direction.

Previously we’ve shared a link to some overwhelming evidence that Craig S Wright has on many occasions provided fake and forged evidence of his claim to be Satoshi Nakamoto. Several have pointed out that lawsuits and patents are very un-Satoshi-like. What gets me though is that the real Satoshi was very clear about how network splits should be resolved.

Given that it’s highly unlikely that very many people actually bought BSV based on the above “news”, it leaves me wondering who may have had the motivation to move the price like this?

Please note: All data, figures & graphs are valid as of May 22nd. All trading carries risk. Only risk cap

It seems that Prime Minister Theresa May is getting ready to put her Brexit plan before a Parliamentary vote once again, but this time with a twist. The “new” plan includes the option of a second Brexit referendum.

With all the calls for May to resign, pundits have currently skipped ahead and begun speculating on who will be her successor. Many of them that I’ve heard so far are pointing to someone whose name rhymes with Morris Swanson.

The Pound Sterling has been in a steep decline since the beginning of May.

BNB To the Moon

Though bitcoin and most of the cryptos seem to be meeting heavy resistance at the moment, Binance Coin is once again showing its ability to shirk the rest of the market and is now trading at it’s all time highest levels.

What’s most fascinating is the incredible bullishness from investors despite the recent hack of 7000 BTC on the Binance exchange.

As BNB is often traded as a reflection of how Binance is doing as an exchange, it’s interesting to see this sort of resilience in the face of such a large scale hack. Perhaps this is a reflection of the way that CEO CZ and his team dealt with the hack and responded in real time with full transparency and not only fixed the issues but also strengthened the entire ecosystem in the process.

Here’s an excellent article summarizing CZ’s responses to the hack and how it played out in real time.

This morning I decided to play a game called name the pattern. After posting the following image, the answers started flooding in but they weren’t at all what I was expecting. 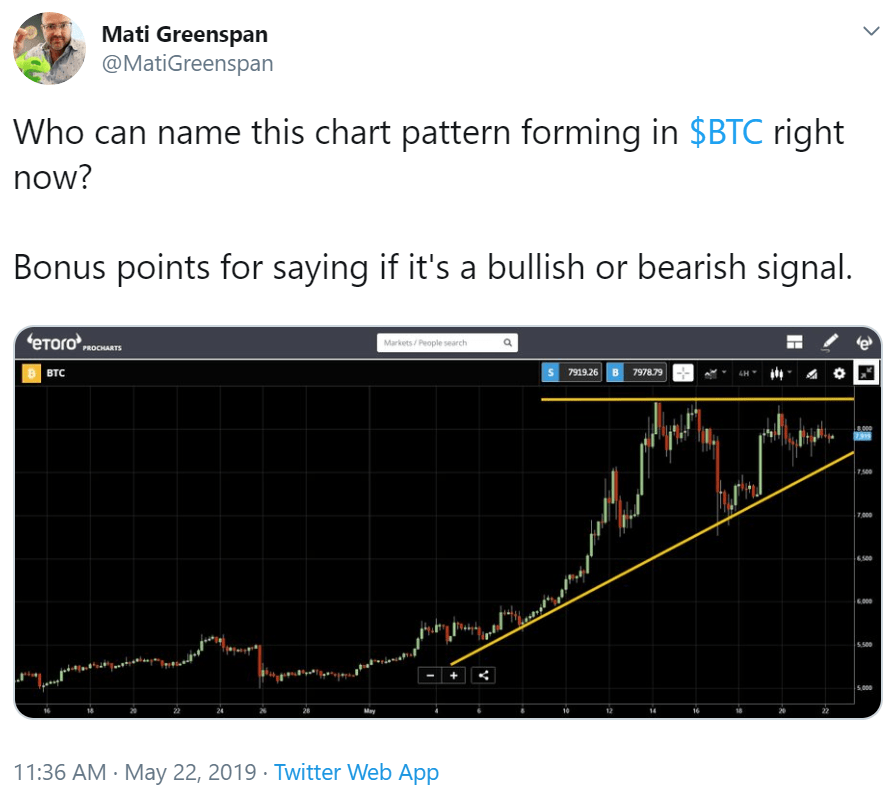 In my mind, this is a classic ascending triangle, which, even though past performance is not an indication of future results, is often seen as a bullish signal. Yes, several people answered this right off the bat, but three were a few other responses that were no less correct than mine.

Double top. Yes, if we fail to make a new high and continue into a bear market, that’s exactly what this will be.

Reverse head and shoulders. Yeah, kind of. Right in the middle of the yellow lines. In this case though, the shoulders are a bit flat. So in true bitcoin form, it’s more like an “inverted Bart.”

What truly blew my mind though was when someone told me to zoom out. So I did, and this is the result.

As stated before, a strong breakout to the upside would be insanely bullish. But even within our rising triangle, there’s clearly room for an extended pullback to test the historically significant level of $6,400. Let’s see how it plays out.

As always, please continue sending me your well thought out questions, top-notch feedbacks, and superb insight. Let’s have a splendid day ahead.