Bitcoin has rebounded from yet another dip, which crypto traders bought up in anticipation of a break of $10,000. As Bitcoin price continues to flirt with low-to-mid $9000s, an attempt at $10,000 shouldn’t be far along.

If $10,000 is broken, co-founder of the Gemini crypto exchange and Bitcoin billionaire Tyler Winklevoss thinks that $15,000 would be the next logical price target for BTC to break.

Tyler Winklevoss on Bitcoin Price: Once $10K Breaks, $15K Is Next

It should come as no surprise to anyone that Tyler Winklevoss – one half of the founding members of Gemini crypto exchange, the Winkelvoss twins – is bullish on Bitcoin and the crypto industry. The early investor in the emerging technology is also among its biggest supporters and industry stewards, and operates an exchange that offers a variety of the digital assets.

With Bitcoin price in such close proximity to the important psychological price level of $10,000, an attempt will be made in coming days, and if it is broken, according to Tyler Winklevoss, $15,000 all be broken next.

If Bitcoin Breaks 100k you can bet it will break a million:)

During the 2017 bull run, it took only roughly eight and a half days to breach $15,000 after Bitcoin price cut through $10,000 like a knife. Another roughly eight days later, Bitcoin hit its all-time high of $20,000 before suffering a major correction and bear market. 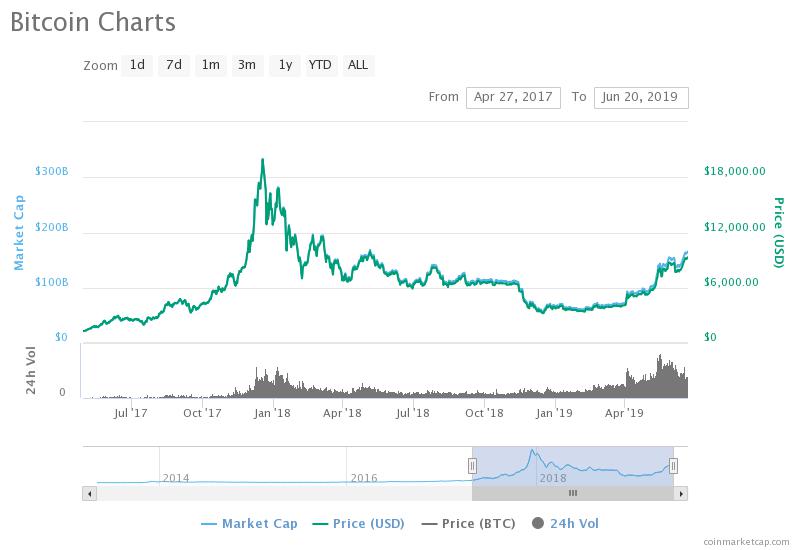 The Winklevoss Twins: The Biggest Supporters of the Future of Money

In a response to Tyler’s tweet, crypto hype man John McAfee cheekily suggests that once Bitcoin price breaks above $100K, “you can bet it will break a million,” likely in reference to his famous claim and resulting dickline – a trajectory that would reach McAfee’s lofty prediction that BTC would be priced at over million USD before the end of 2020.

Tyler, a friend of McAfee’s, also sent the eccentric security expert a signed copy of Ben Mezrich’s novel Bitcoin Billionaires. The book is a “true story of genius, betrayal, and redemption,” focusing on the Winklevoss twin’s early days getting into Bitcoin.

From my good friend and fellow party animal @tylerwinklevoss. Thank you Tyler.@benmezrich pic.twitter.com/nwzYfsfiy4

According to the novel, the Winklevoss twins put all their Bitcoin into cold storage “via shared private keys in 12 separate safety deposit boxes across the country,” then proceeded to smash the computer, router, and printer they used with a sledgehammer.

Reading “Bitcoin Billionaires”, the part on the Winklevoss bros putting all their Bitcoin in cold storage via sharded private keys in 12 separate safety deposit boxes across the country, then smashing the computer, router and printer they used for it with a sledgehammer is great

The early investors know more about Bitcoin than most, and have watched it grow since its inception. The duo are some of the biggest promoters of the asset class, and call crypto the “future of money.” Cameron, Tyler’s twin brother also says that while crypto is a risky investment, not investing in the future of money is a far bigger risk.

Tags: bitcoinbitcoin billionairesbitcoin pricecryptoJohn McAfeetyler winklevoss
TweetShare
BitStarz Player Lands $2,459,124 Record Win! Could you be next big winner? Win up to $1,000,000 in One Spin at CryptoSlots