Next Article: Why Bitcoin (BTC) is Back on the Rise in China Despite Crypto Ban

A bit of volatility comes back into the crypto market and everything goes haywire again.

The market that was so tightly knit for an entire year has now begun to break apart again amid the frenzy of buying and selling on different platforms around the world.

Yes, that’s right. I’m talking about the Kimchi Premium, which has opened up again. Here we can see that the price of bitcoin on the South Korean exchange Bithumb is approximately 7.6% higher than it is in the rest of the world.

Some of you might remember the Kimchi and Sushi premiums, which saw the price of bitcoin as much as 30% higher in South Korea and Japan throughout the second half of 2017 due to the overwhelming demand in these regions.

Throughout most of the crypto winter and spring, most global exchanges remained within a very tight range of about $100 or less from the others as arbitrage traders picked up the extras. Well, not anymore.

Please note: All data, figures & graphs are valid as of June 28th. All trading carries risk. Only risk capital you can afford to lose. 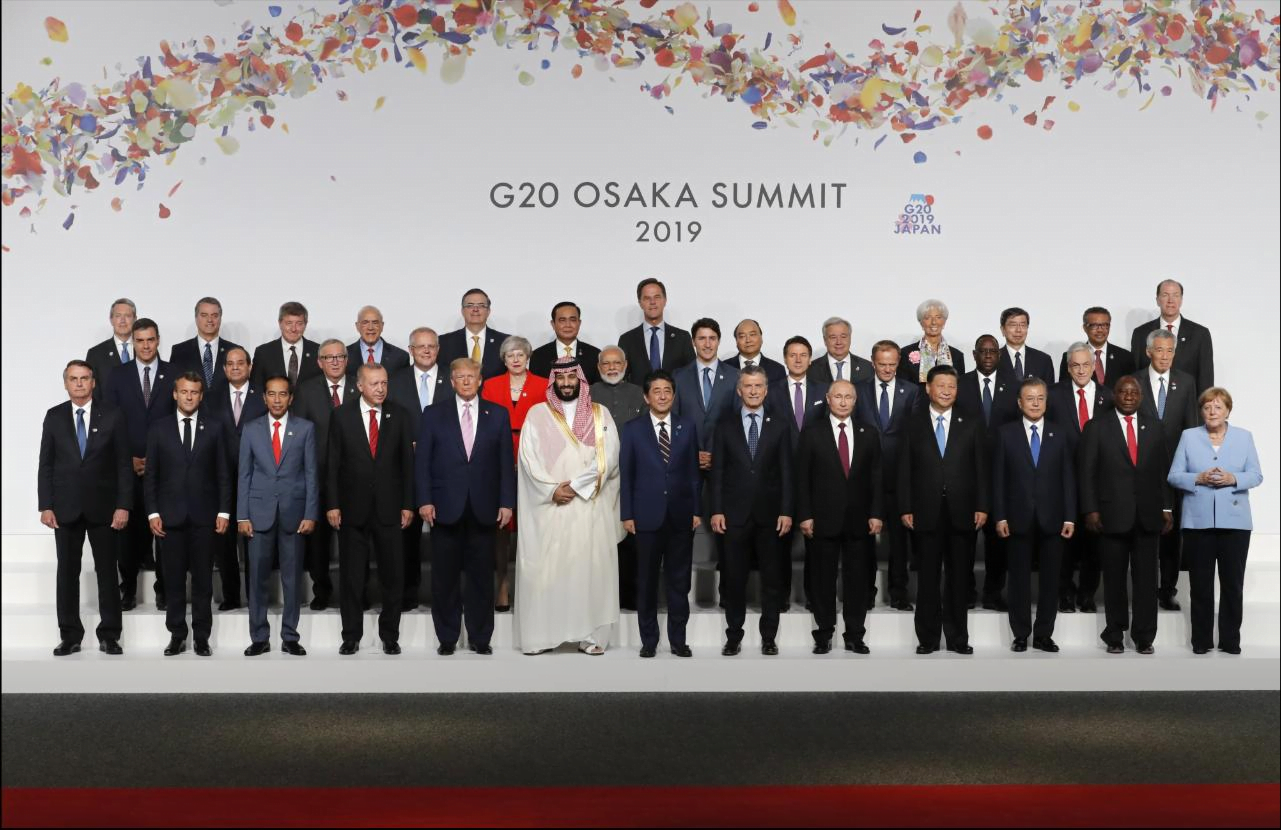 We’ve been talking a lot about the Trump-Xi meeting tomorrow morning but leaders will also make an effort to bring some calm to the situation in the Middle East, which has been fairly explosive lately.

At the moment, most markets are calm with anticipation but we might see a bout of speculation towards the end of the trading day.

It’s interesting to note that Asian markets are slightly down, European indices are flat, but US Futures are up. This could be in part because… 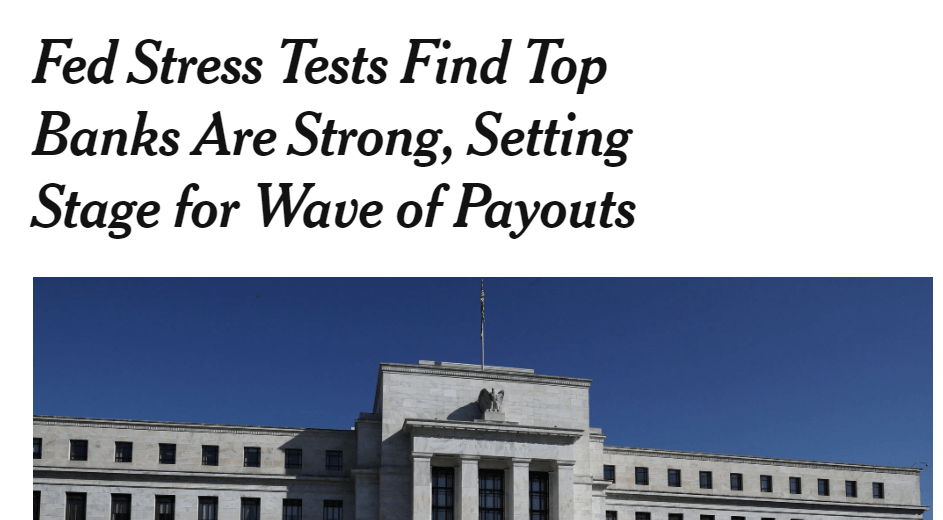 Out of 18 banks tested, only Credit Suisse was called out for not being adequately prepared for an economic downturn. Of course, some commentators feel that this is more a statement about the test itself than the economic situation.

For all the people who’ve been telling me lately that Tether Manipulation has been in some way responsible for the bitcoin’s performance this year, I felt it prudent to at least give it a fair look.

My conclusion: There’s insufficient evidence to consider this theory at this time.

This article from Decrypt has a pretty good overview of what’s going on and I think the last quote of the article sums it up quite well.

We know that crypto volumes are dominated by Tether, we’ve known this for a long time. Traders tend to hold tether in their balance on exchanges when they’re fearful that crypto might fall. So they book their profits and hold, then wait for the dip to buy back in.

What did seem strange to me was the reason traders use Tether rather than any other stable coin. The answer I got back on twitter was simple: It’s the liquidity.

Because Tether had first mover advantage, it’s by far the largest and most liquid and accepted by most exchanges. Therefore, it’s the quickest, cheapest, and most stable in its Dollar peg. Therefore, many prefer to sacrifice caution for convenience.

What the above article describes though, is the way that people are using Tether to put fresh money into the markets. In short, investors send money to Tether by wire transfer, which then issues USDT coins in batches and distributes them back to the clients, who can then buy bitcoin.

No doubt USDT and BTC have a special relationship. Many have pointed out the similarities between the market cap of USDT (blue) and the price of bitcoin (orange). However, this correlation holds true even if the relationship is innocent and does not imply any sort of manipulation.

Volumes are still through the roof and volatility is the highest it’s been in a very long time. The LXVX bitcoin volatility index doesn’t go very far back, unfortunately, but we can see it now up near 100. 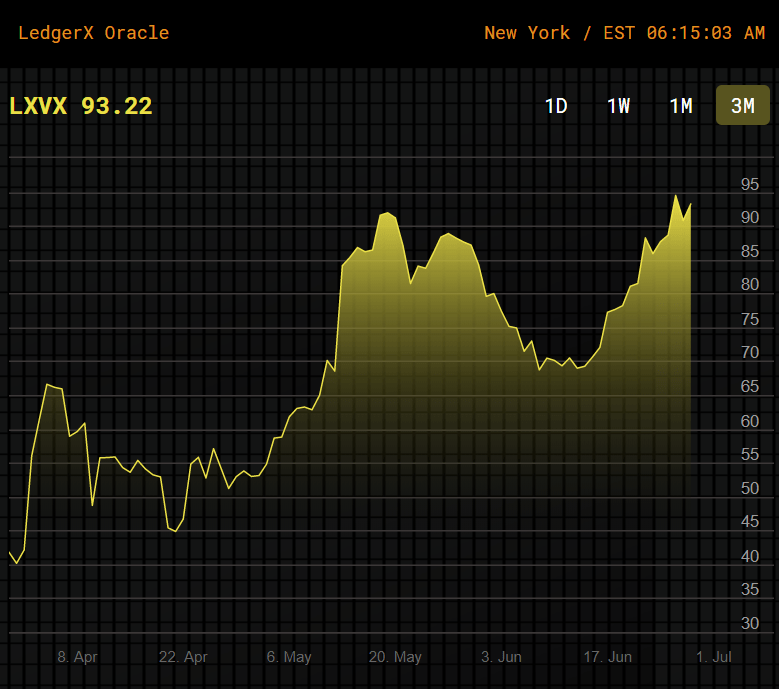 Messari’s real 10 is still extremely elevated above $5 billion worth of bitcoin traded at the top exchanges. Even Wall Street is getting in on the action as the CME group hit another record high notional volume above $1.6 billion.

Technically speaking though, let’s take a look at the chart.

These Fibonacci retracement lines were originally drawn back in April, once I was fairly confident that the bottom was in. As you can see they’ve been holding up quite fantastically since then.

Wednesday’s high of $13,868 almost precisely lines up with the 4th fib line. So this is now our resistance level.

The support level is a bit harder to pinpoint as we haven’t exactly been ranging lately. Some have stated that it’s at $10,000 but it’s still a bit early to call.

Hopefully, we won’t need it anyway.

Thanks to the awesome band Dream Theater for the title of today’s daily market update. https://youtu.be/gylxuO6dKOw