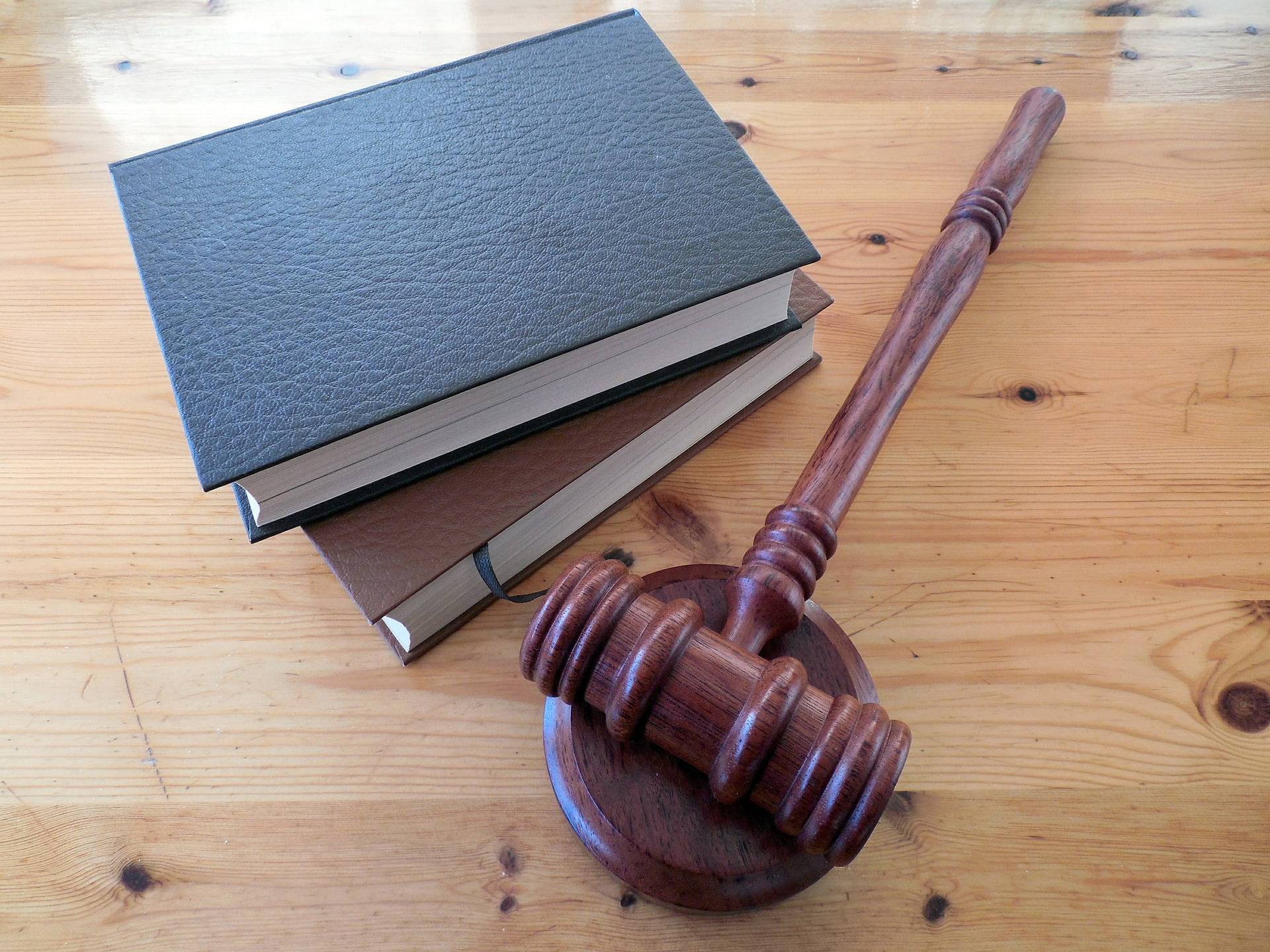 One of the most controversial cryptos goes on trial today. The stable coin known as Tether has been under investigation for quite some time and now they will have their day in court.

The case of the New York Attorney General Vs iFinex concerns $700 million that was allegedly embezzled. Now, this is not in any way a precedent-setting issue but the potential effect on crypto prices may well be significant.

For the short term, the most likely outcome of a guilty ruling for iFinex would be that bitcoin, and possibly other cryptos, go up. Any erosion in confidence for Tether, usually means that traders will dump their USDT and buy other cryptos.

However, some conspiracy theorists are less optimistic. Last week I had a conversation with @Bitfinexed on twitter, who has accumulated more than 45,000 followers by opposing Bitfinex and their involvement with Tether, puts it this way. 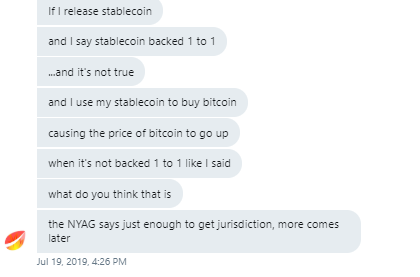 So, in his view, this trial is simply the beginning of a much wider saga. Should the NYAG prevail, it will likely grant them the capacity to investigate further.

Now, this is a bit more concerning. If iFinex truly has been deploying creative monetary policy in the crypto market it could be an indication that current valuations are overdone.

IF that is indeed the case, we’ll then need to understand more specifically how much unbacked USDT has been deployed in the market. If the extent of it is just $700 million, then the impact on price would likely be insignificant as this is approximately as much money as is traded on a slow day in the crypto market.

Of course, an exoneration of iFinex is also a possibility. Especially since they don’t officially do business in New York. In any case, this will be incredibly interesting to watch.

Please note: All data, figures & graphs are valid as of July 29th. All trading carries risk. Only risk capital you can afford to lose.

Following last week’s updates from the European Central Bank, this week we’ll get critical insight from no less than three major central banks.

First up is the Bank of Japan who will deliver their monetary policy statement while most of us in Europe and the US are asleep. The Bank of Japan is currently one of the most dovish banks on the planet and their forward guidance is notably less clear than the rest. So though we expect talk of further easing, there’s always the possibility that they surprise us with action.

On Wednesday, we’ll hear from the US Federal Reserve who will most likely cut their interest rates. Then on Thursday, we’ll get word from the Bank of England who will no doubt be responding to Prime Minister Johnson’s hard Brexit stance and the falling Pound.

Crypto Reaction to the Fed

Usually, central bank action has a lagging effect on crypto prices. However, a recent newsletter from popular crypto influencer Anthony Pompliano explaining how central bank easing is good for crypto may have more cryptotraders watching these updates and reacting to them in real-time.

As for myself, I’ve been watching bitcoin’s reaction, or lack thereof to updates from the Fed and their cronies for a very long time now. Looser monetary policy usually causes all assets to rise, including crypto.

The thing is, crypto is a bit different than the rest of the assets in that ingrained in its very nature is the ability to act as a hedge against central banks and fiat money. So if the central banks do end up overusing monetary stimulus other assets may fall but bitcoin is more likely to retain its value.

Greedy When Others Are Fearful

The crypto market is definitely in a bit of a funk at the moment. Volumes are down and as we mentioned on Friday, the low liquidity environment can sometimes lead to swift price swings.

Well, that’s exactly what happened last night as bitcoin fell nearly 4% and made a full recovery, all in under an hour. Here we can see the crypto flash crash of July 29th that took place during the early Asian session.

According to some analysts though, the fact that a full recovery was seen this quickly could mean that the last of the weak hands have now been removed and that the downward pressure may soon let up.

That being said, we can also see that the crypto Fear & Greed index has itself been rather volatile lately. Today it’s reading as low as 19 whereas it was as high as 47 just two days ago. 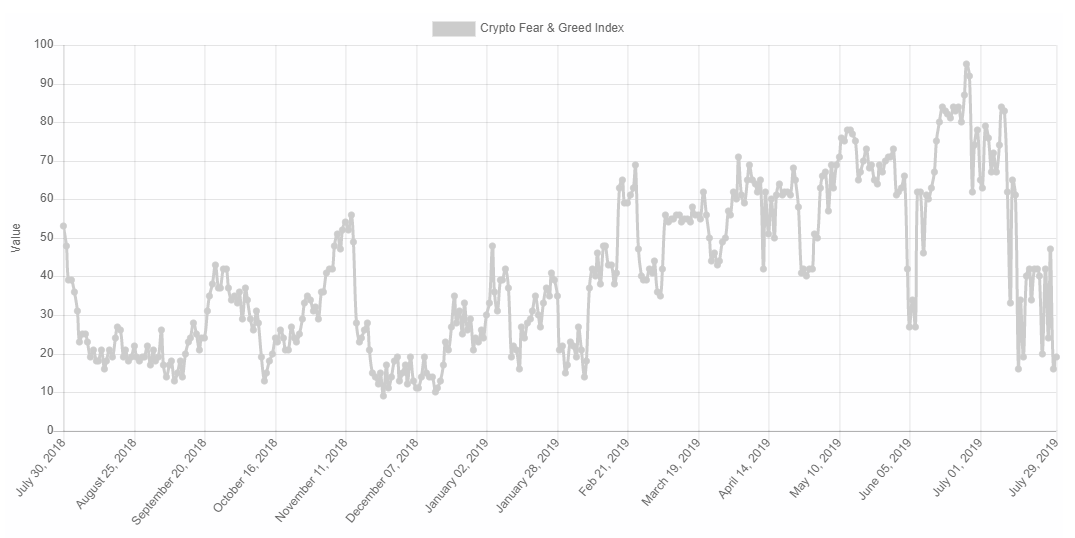 Not that fear is necessarily a negative indication. Take a look at the period between November 22nd and December 18th, where the index showed prolonged fear after the mid-November capitulation and proceeding the current bull run.