It’s been five years in the making but the People’s Bank of China says that it is finally ready to release their own CBDC (Central Bank Digital Currency).

Mr. Mu Changchun who heads the PBoC’s Payments and Settlement Division explained to the China 40 Finance Group over the weekend the complexities of the first cryptocurrency created by a major central bank.

It may come as no surprise that the unique two-tier system has the PBoC in the top tier and Chinese commercial banks as the second tier. So, not exactly an open-source network like bitcoin. Changchun says that this particular strategy will work best with the needs of the Chinese economy.

Personally, I’m still struggling to understand the advantage of this over the current system. Something tells me that this is a completely different animal from what we know as cryptocurrencies.

Meanwhile, in a much smaller economy…

Now here’s a landmark of innovation.

Blockchain technology is quickly hastening a new era in which financial assets can be traded and stored in a more free and fair manner.

Please note: All data, figures & graphs are valid as of August 12th. All trading carries risk. Only risk capital you can afford to lose.

Things are really escalating in Hong Kong today. Everything except airplanes that is, which are not taking off. 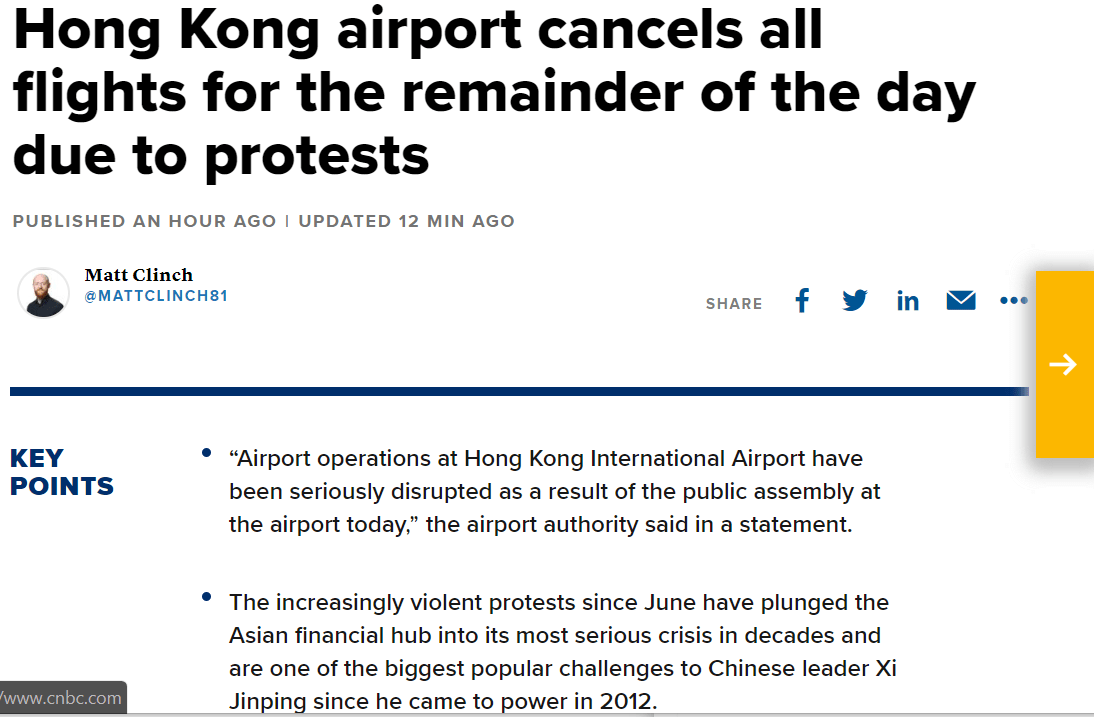 This latest escalation seems to have had a direct impact on stock markets this morning. Within moments of the announcement from the HK aviation authority global stocks began to tumble, from Shanghai to the futures in New York.

What a shame too because the European open did look pretty positive until then.

The race to the bottom continues in the currency markets this morning. The top chart across the screens of FX trading desks is undoubtedly the GBPUSD, which is threatening the red line we’ve been discussing at $1.20.

To give a bit of context, we can see that the US Dollar did get a bit stronger this morning with a rather abrupt but still pretty short spike.

Even though this movement was quite small, some of the emerging market currencies seemed to have a very large reaction. Here we can see the rather conspicuous backlash from the Turkish Lira, the Mexican Peso, and the South African Rand.

For extra credit points, please check out the long term graph of the USDZAR.

The crypto community has been throwing a lot of support lately behind US Presidential candidate Andrew Yang, and it seems that even the big guy himself is now in on the endorsement. 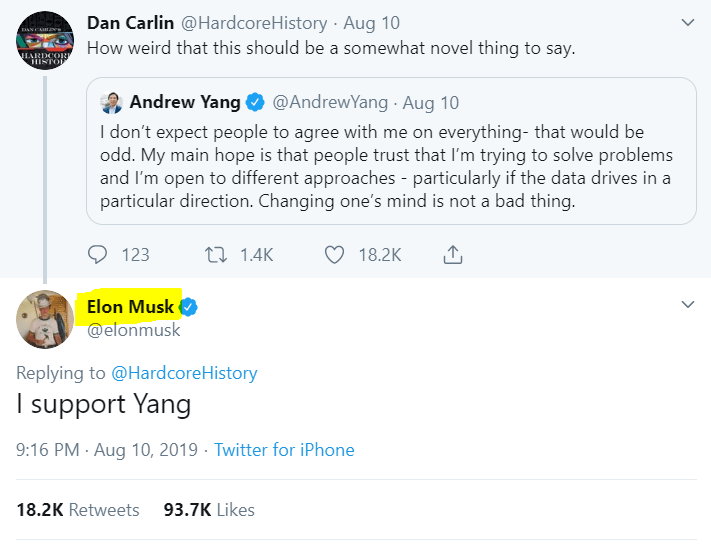 As much as I hate to rain on Yang’s parade, I would like to say that the chances of him being elected in 2020 are extremely thin.

Being a sitting President is an extraordinary advantage for Donald J Trump and so he is most likely to win. But even deeper than that, as far as the Democratic party is concerned, Yang is far from a front runner. The favorite as it stands is former VP Joe Biden, followed by Elizabeth Warren.

However, I did notice Yang getting some TV time on Fox News of all places today. So, you never know.