Bitcoin price action over the last few weeks as turned from bullish, to bearish, and crypto investors are torn as to what happens next. Most expect Bitcoin to go on a bull run from here, while others think a correction until the end of the year is in the cards.

However, one prominent crypto analyst – an analyst with analysis so persuasive, they’ve turned even Bitcoin skeptics to believers – says that the recent “struggle” in Bitcoin price at $10,000, looks very similar to the price action that occurred in early 2017 when the crypto asset also struggled to break above $1,000.

Prominent crypto analyst 100TrillionUSD is widely known and respected for his stock-to-flow model designed to help predict long term Bitcoin prices. Using the analyst’s model, it suggests Bitcoin price could reach $55,000 by the next halving in May 2020. The analysis is so overwhelmingly convincing, it’s turned many skeptics into believers.

During the steady climb, from the bottom to the next top, Bitcoin price often struggles at key resistance points, with the current price action being a strong example of what happens when the first-ever crypto reaches powerful resistance, despite being on what most believe to be a bull run.

The analyst comments that the current “struggle’ Bitcoin is experiencing at $10,000, is reminiscent of a similar struggle with resistance during early 2017 when Bitcoin first began to struggle to break through former resistance above $1,000. 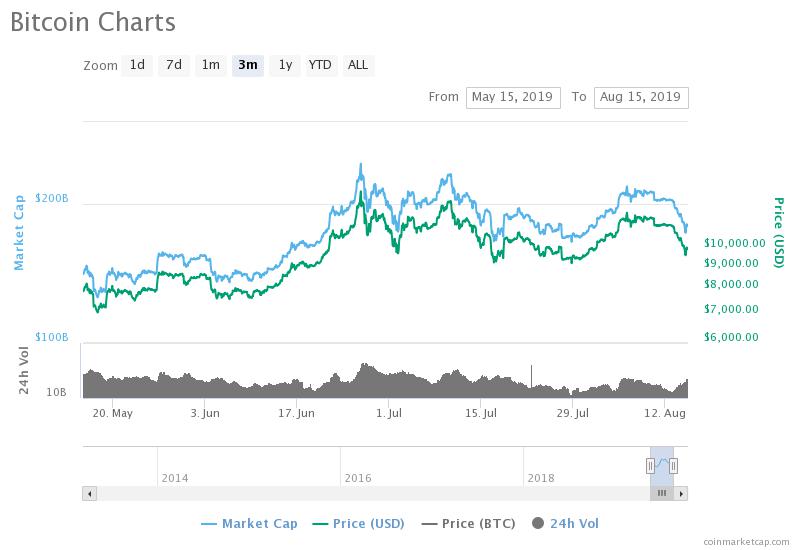 Eventually, Bitcoin broke above $1,000, and that’s when FOMO truly kicked into high gear, and Bitcoin price smashed through resistance and set off on the greatest bull run the world has ever seen. Bitcoin’s meteoric rise was widely publicized by the media, and made Bitcoin a household name.

The FOMO took Bitcoin price to its all-time high price of $20,000 before a powerful correction brought its value down to the low $3,000 range where it bottomed. Since then, Bitcoin has reclaimed much lost ground but has yet to break out of bear market resistance above $13,800.

Once Bitcoin is able to reconfirm support lower and reclaim $10,000 with strength, the leading crypto by market cap should be able to finally break through the powerful resistance and embark on the next bull run – one that this analyst says would take Bitcoin price to $55,000 by May 2020.

Tags: 100TrillionUSDbitcoinbull runcryptoplanb
TweetShare74
BitStarz Player Lands $2,459,124 Record Win! Could you be next big winner? Win up to $1,000,000 in One Spin at CryptoSlots