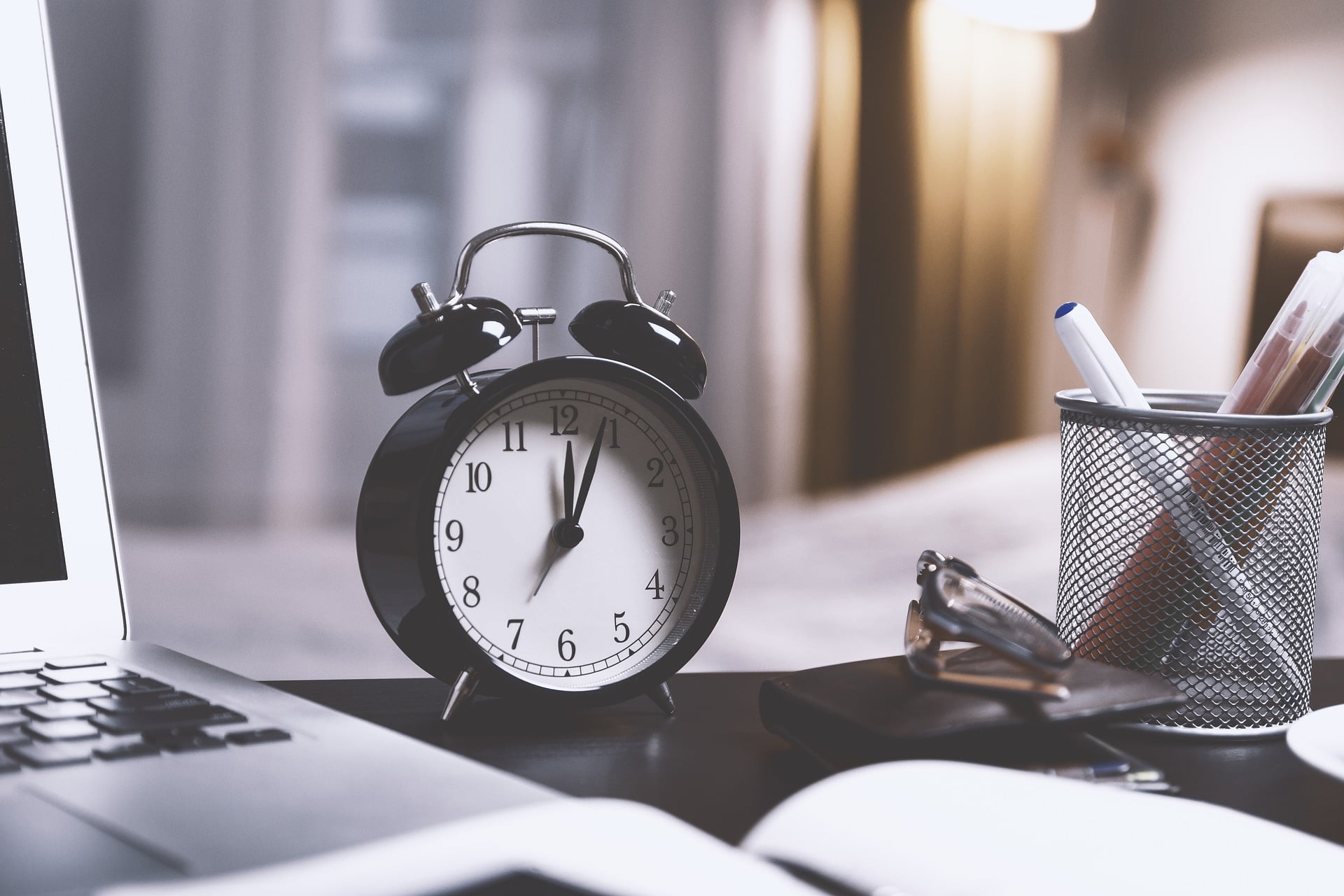 Our hearts go out to all those affected by the devastating Hurricane Dorian.

Many times these type of events trigger a rush of people who are interested in helping out but with all of the scammers out there these days it’s not always clear how to donate in a safe and secure manner.

That’s why some crypto exchanges have stepped up to allow their clients to contribute to the victims directly.

The open-source nature of cryptocurrencies is a perfect solution for this issue as it allows people to track the funds they’ve sent and hold accountable those who are collecting on behalf of the victims.

Progress is slow so far but Binance has already managed to collect 0.5623 BTC over the last few hours since announcing the program.

It’s a brave new world and this is a remarkable sign of the times.

Please note: All data, figures & graphs are valid as of September 9th. All trading carries risk. Only risk capital you can afford to lose.

A lukewarm jobs report from the USA out on Friday has many analysts upping their conviction that the Federal Reserve Bank will once again cut their interest rates when they meet again on September 18th.

Not to be outpaced in the currency war, the People’s Bank of China has now stepped in with its own form of stimulus for China’s banks.

Explanation: In the current financial system known as ‘fractional reserve banking’ each bank is required to hold a certain amount of cash in their reserves for every dollar, or in this case yuan, they lend out.

As of September 16th, that ratio will be the lowest level China has seen since before the financial crisis. 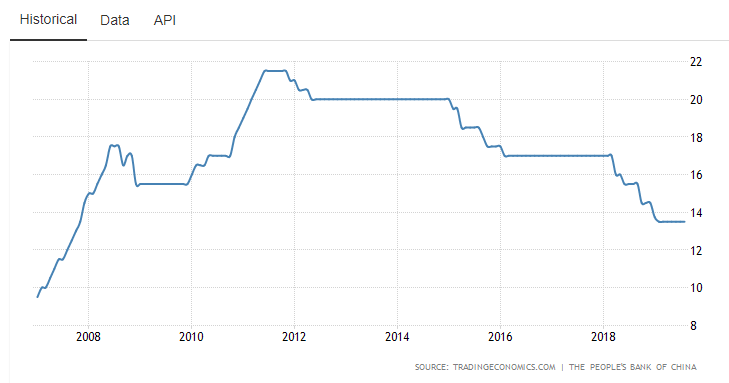 Per the headline above, that means banks will be able to spend about $126 billion in order to bolster the economy.

Almost concurrently, China is also stocking up on gold. I wonder why… 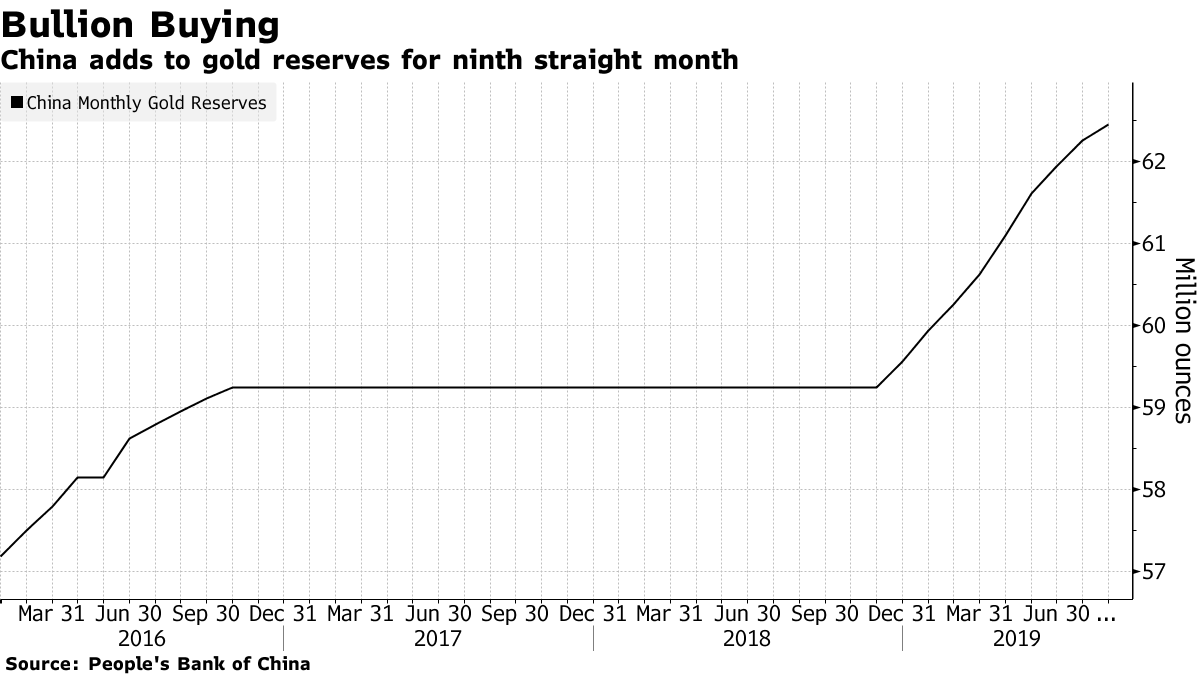 Khalid al-Falih has had a good run but it seems he was not successful enough to satisfy the King in his efforts to boost the price of oil. The purple circle on this graph shows when Khalid assumed the position.

So, King Salman has appointed a new official to replace him. This person is a bit closer to the King’s scepter, his brother. That’s right. For the first time in the Kingdom’s history, a Prince is now the Minister of Energy.

According to people who know him, Prince Abdulaziz is very knowledgeable in the markets and has a very decisive character. However, KSA’s policy regarding oil production is not likely to change much.

Some analysts have pointed out however, that the market reaction is pretty telling of what this move might indicate. 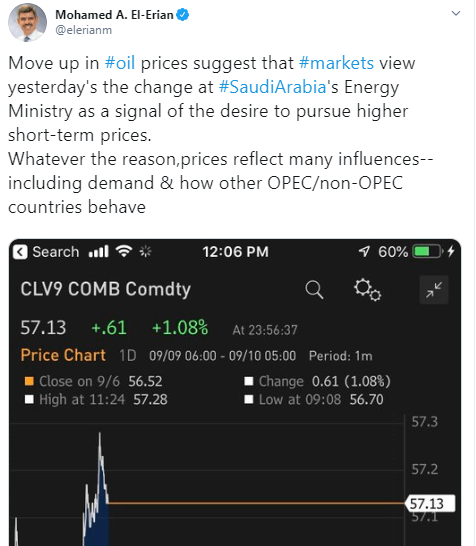 The crypto markets have been rather stagnant on the surface lately yet it seems that some of the fundamentals have been creeping up on us.

One of the most obvious metrics that many have ignored is bitcoin’s hashrate, which continues to stretch higher and higher into uncharted territory. The amount of computing power securing the bitcoin network is now approximately 6 times stronger than it was when bitcoin’s price reached its all-time high in December of 2017.

As well, and more simultaneously, we can notice a recent spike in the amount of value being transferred using bitcoin’s blockchain. This graph shows bitcoin’s estimated USD transaction volume which is now the highest it’s been since the mid-July.

Still, the technical setup displayed on the chart is a rather bearish one. So it will be interesting to see how this controversy might be reconciled.

Musical inspiration for today’s daily market update comes from the only true Prince.