Two drone attacks in Saudi Arabia yesterday have sent the media and the markets into a virtual tailspin.

Apparently, the Abqaiq oil field that was hit is responsible for about 5% of the world’s crude oil, so we’re now looking at the largest disruption of oil output the world has ever seen.

The only problem is, nobody knows who’s responsible for the attack. In a region with so many competing interests and geopolitical tension, this is critical information that we may never have. 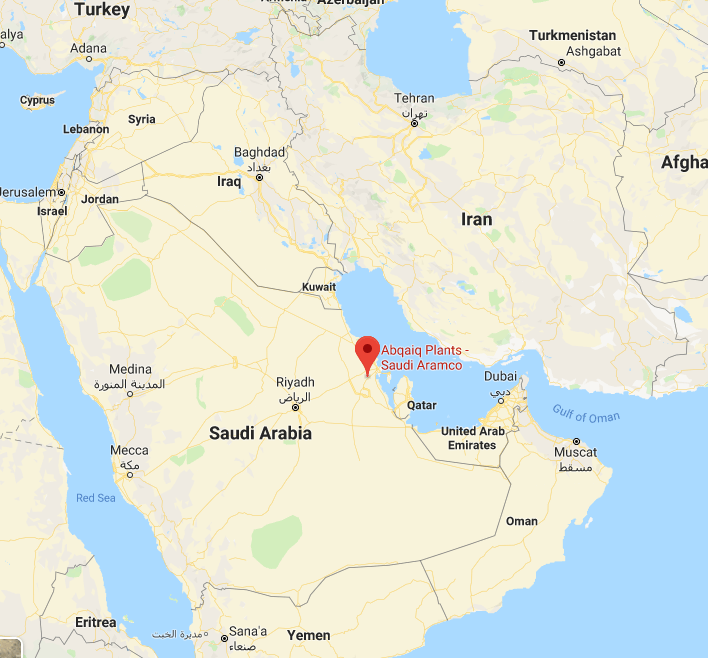 Trump is quite eager to blame Iran, while others have pointed at Yemen but the truth is it could’ve been anyone.

The price of Crude Oil has seen it’s largest single-day spike in over a decade. So hats off to the new Saudi Oil Minister Prince Abdulaziz who’s overseen a larger price appreciation in a week than his predecessor did in two years.

Tomorrow there will be no daily market update due to local elections in Israel (again).

Please note: All data, figures & graphs are valid as of September 16th. All trading carries risk. Only risk capital you can afford to lose.

As the attacks happened on the weekend, needless to say, the market opening last night was quite hectic. Price feeds from various brokers were all over the place and liquidity was simply a mess across the entire global markets.

What I thought was even more interesting was the way gold opened or didn’t. Almost a full hour after it was scheduled to come online, it was still closed for trading in several venues.

Though the weekend gap wasn’t quite as drastic as crude oil it did completely reverse the dangerous deterioration that occurred late Friday.

The Saudi drone attacks are also quite serendipitous for the US Federal Reserve who will meet on Wednesday to announce their interest rate decision.

As we’ve been discussing lately, the Fed is currently in a bit of a pickle trying to justify the reason for cutting interest rates at a time that the job market is super hot and inflation is optimal.

Now Chairman Powel can easily cut the interest rate for the second time in a row and claim with confidence that global geopolitical tensions are causing a headwind that they want to be in front of.

After the ECB’s actions last week the race to the bottom continues.

Blockchain week in Tel Aviv has been such a blast so far and by far the greatest part was the Ethereal summit yesterday. I got to meet so many cool and interesting people and learned about dozens of projects that are building projects on Ethereum.

The best one, of course, was the announcement from eToro’s Firmo, who’ve just built a new programming language for Ethereum smart contracts for the sake of simplicity and security. Check it out the details here.

Towards the end of the day, I was sitting in the press room, which had already become quiet when in walked Vitalik Buterin larger, larger than life, and sat down next to me. I do apologize to my poor aunt who I was talking to on the phone and had to abruptly hang up on.

I only got in a few words with the legend before he was recruited by BlockTV for a candid interview, in which he spilled his feelings about competing projects like Tron, Telegram, and Libra. Must Watch!!

After that, we were treated to the most amazing panel I’ve ever witnessed with Vitalik, his co-founder Joe Lubin, and our very own Yoni Assia. Unfortunately, I don’t have a recording of that one but I did manage to live-tweet the entire thing for you.