Online advertising professionals may be shocked to read recent research from Californian fraud management provider Pixalate, which claimed that up to 30% of all ad traffic is falsified. In stark contrast to previously reported estimates of ad fraud, this would imply that true ad impressions are significantly lower than commonly believed. If so, this means that many companies are potentially spending their marketing budgets on adverts which have no effect on sales, as they are never seen by real customers.

Known as ‘ad fraud’, cyber-criminals use tailor-made bots to hijack unsuspected users’ devices via phishing scams and generate fake interactions and impressions from ads. One of the largest of these schemes, which was stopped during a joint operation between the FBI and Google, was called “3ve”. The criminal scheme affected over 2 million individual devices and operated over 5,000 fake websites from which to generate fraudulent ad engagement.

Unfortunately, 3ve was just the tip of the iceberg. Ad fraud is incredibly difficult to detect and fairly low risk, which makes it an attractive racket for cyber-criminals the world over. However, a range of sophisticated new technologies is being developed to combat ad-fraud. These include blockchain, artificial intelligence (AI), and machine learning (ML). Firstly, let’s examine why ad fraud is having such a heavy impact on the digital economy.

Why is fraudulent traffic such an issue?

Most companies who advertise online spend vast amounts of time and resources building the perfect advertising campaign, targeting a specific subset of internet users and identifying their perfect customers. Advert campaigns are a major driving force for a company’s sales, but despite this it’s estimated that a staggering 21 trillion digital adverts per year will be affected by fraud.

By the end of 2019, total digital advertising spends worldwide is expected to reach $316 billion, almost $100 billion higher than the GDP of Portugal. At the same time, it’s estimated that a shocking $32 billion of that expenditure will be wiped out and rendered useless through fraudulent activity by 2022.

Ad fraud is generally measured in ‘IVT’, which stands for invalid traffic, mostly generated by bots. Across platforms and devices, Pixalate found that 23% of ad fraud occurs through social networking apps, and 14% through gaming apps. In the U.S. alone, IVT rates were 17% and surprisingly, mobile apps were the most susceptible to generating fraudulent ad engagement, with smartphone apps having a 17.1% IVT in Q3 2018 alone.

These figures highlight the huge extent of the global problem advertisers are facing on a daily basis. Without new tools in the fight against ad fraud, it’s likely that rampant criminality in digital marketing will continue to grow. Luckily, those tools are already in development.

Fighting fraud with decentralization and blockchain

Although fraud has gripped the digital ad industry for years, new technologies are emerging which may be able to put power back into advertisers’ hands. The most promising of these is blockchain, which by virtue of its decentralized digital ledger technology, is democratizing the way ads are served and interacted with by publishers and advertisers. 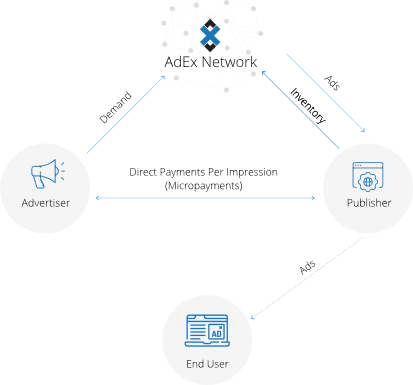 Although blockchain was developed primarily for payments, it is now being explored for its potential to facilitate a wide range of secure and transparent transactions; which makes it the perfect technology to use for the micropayments common in ad delivery.

One such company leveraging the power of blockchain is Sofia-based AdEx. In a bid to prevent fraud, AdEx uses a peer-to-peer system to allow ad publishers and advertisers to buy and sell traffic via a decentralized marketplace. This restricts fraudulent users from accessing and transacting regularly on the platform. Using the AdEx platform, advertisers only pay for genuine traffic, verifiable on the blockchain.

Likewise, ML algorithms can comb data from potentially fraudulent interactions and learn when, where, and how these scenarios are most likely to occur. TrafficGuard use big data and ML technology to block impressions which are likely to be fraudulent. By tracking the entire customer journey, TrafficGuard can identify if users are real people by the actions they take, and how long they take to perform certain actions, which a bot would do instantly.

These tools aren’t being developed in isolation, with some blockchain-based companies also implementing AI and ML solutions. Many advertisers who are currently losing huge portions of their marketing budgets to fraudsters are looking to deploy multiple solutions to prevent ad fraud. Whether these technologies will be enough to stop the proliferation of fraud in the digital ad industry altogether will remain to be seen, but they will surely restore much greater power to honest advertisers and publishers.