Do China Investment Restrictions Set The Stage For A Bitcoin Boom?

According to sources close to CNBC, the White House considered blocking US firms from investing in China. Shares of major Chinese companies dived on Friday, as the rumors gained traction. However, shortly after this, the US Treasury waded in to quash the rumors.

All the same, with trade talks due to resume on October, 10th, the uncertainty is casting doubt over a resolution. This latest debacle, from the White House, has only served to inject more anxiety into the markets. But worse than that, it will have damaged what little Chinese affability remains.

That being so, could deepening trade tensions, and the looming global recession, be the catalyst for a Bitcoin price boom?

Shares of Alibaba and other major Chinese firms took a hit on Friday on the news of plans, by the White House, to restrict US firms investing in China. 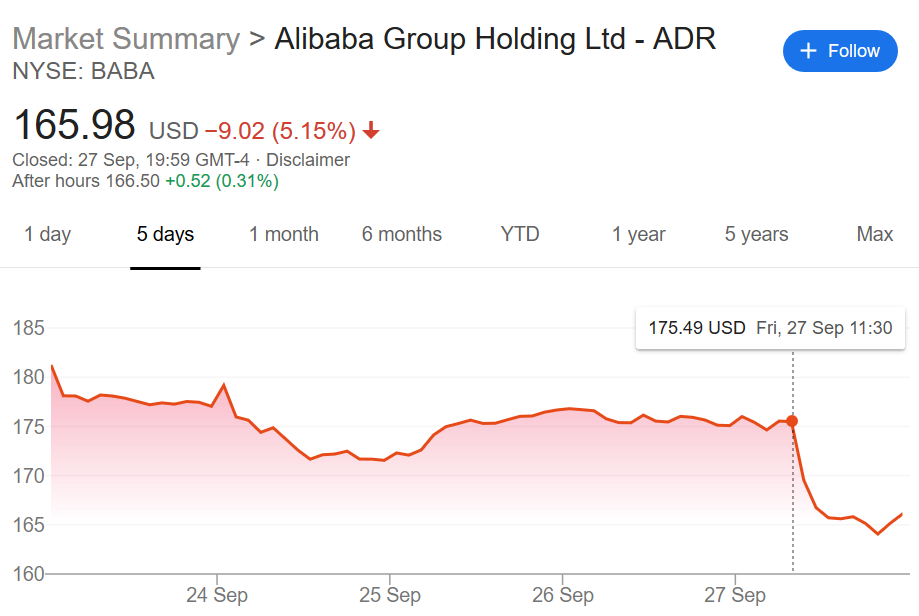 Among the options being discussed is the delisting of Chinese companies from US stock exchanges, and the limiting of exposure to the Chinese market via government pensions funds.

As of now, how this will happen is still up in the air. However, an unnamed source, close to the discussions, claims President Trump has already approved talks on how to take this forward.

But following these reports, Monica Crawley, a US Treasury official, downplayed these rumors by emailing a statement that read:

“The administration is not contemplating blocking Chinese companies from listing shares on U.S. stock exchanges at this time.”

The observant would note that Crawley did not make mention of delisting or limiting exposure. Which has only added to the uncertainty, rather than allay any fears of further protectionism.

Indeed, according to Bloomberg, plans to restrict US investment in China are very real. What’s more, White House officials are annoyed that their plans were leaked to the public at such an early stage.

Bitcoin Has No Recession Track Record

While trade talks resume early next month, leaks of investment restrictions are sure to anger Beijing. And there’s no doubt that the hopes of finding a resolution have moved further away, as a result.

Indeed, delisting Chinese companies would affect billions of investment secured in the US. And comes at a time when the China Communist Party is looking to increase foreign access to its markets.

That being so, as the world teeters on the edge of a global recession, a flaring of further hostilities does nothing to settle the jitters.

As such, talk abounds of Bitcoin finally having the opportunity to prove its worth. Although it took a beating last week, it remains one of the few options left as a hedge against economic collapse.

While Bitcoin is unproven in a recession, many analysts cite its opposing ideals as what will carry it to new heights during an economic slowdown.

It will be a global movement against corruption

A recession every ten years needs to end.

However, others see such talk as based on nothing but hope, especially when considering that fledgling institutional investment has, to some degree, tied Bitcoin to the status quo.

On that note, Spencer Bogart of Blockchain Capital believes Bitcoin isn’t ready to boom, just yet. Speaking to Bloomberg, when questioned whether Bitcoin is a safe haven, Bogart was quick to answer yes, in the long-term.

But as of now, being in an intermediate state of low adoption, he doesn’t see Bitcoin as a suitable hedge. Bogart said:

“When you think about really severe crises taking place, a liquidity crunch, another global financial crisis, I think that bitcoin will struggle to do very well from a price perspective.”