Bitcoin Halving Isn’t Priced In Based On This Indicator, Which Means Price Will React

On May 9th, 2020, the 630,000th Bitcoin block will be mined, during which mining rewards will get cut in half to 6.25 BTC per block. And typically, speculation on how this will affect the Bitcoin price is rife.

On the one hand, some believe the halving event is priced in, meaning there will be no room for the price to react. Whereas others point to a multitude of indicators, including interest over time, to support the counter-argument. 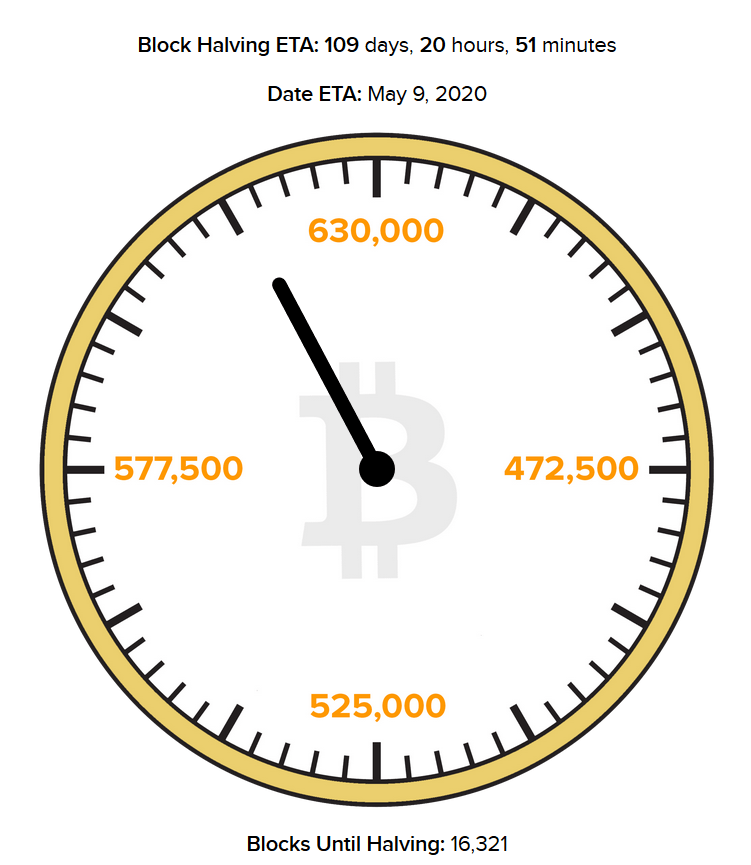 In terms of past performance, halvings seem to exhibit patterns that generally show themselves to be positive, as far as price action is concerned.

But there is much debate regarding when the effects of a halving kick in. Do they occur in the run to the halving itself, or are they felt after the event?

On top of this, some believe halvings have no influence on the price whatsoever, and what will be will be, regardless of the halving.

And as the date of third Bitcoin halving fast approaches, these debates are once again intensifying.

Fitzner Blockchain, via a Medium post, did a full analysis of the two events. Regarding the first halving in November 2012, they noted that 342% upswing a year before the event. And this was followed by an explosive 7976% gain a year after. 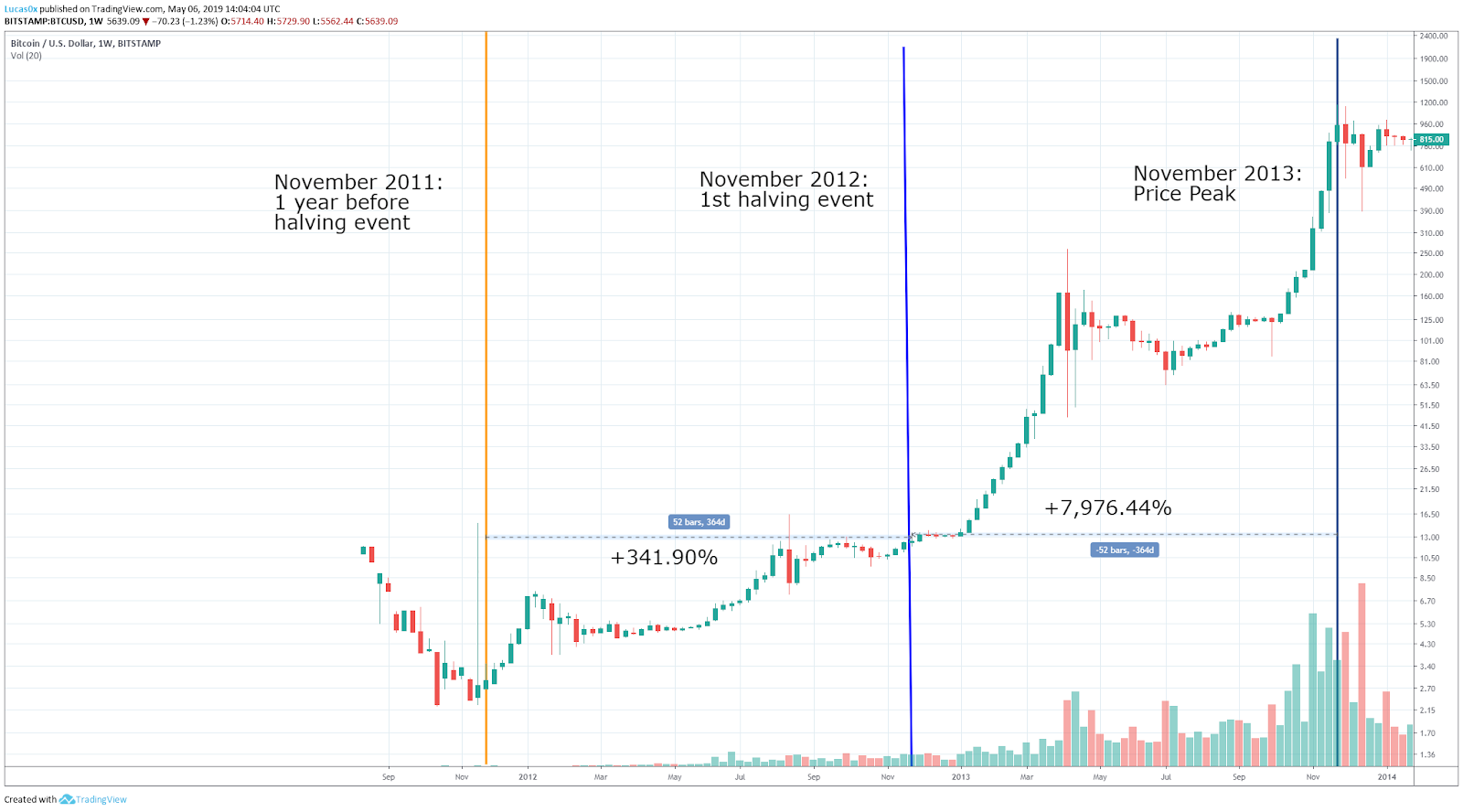 Bitcoin price in relation to the first halving. (Source: medium.com)

“The 1st halving reduced Bitcoin’s daily issuance rate from ~7,200 BTC per day to ~3,600 BTC per day. Almost immediately, Bitcoin then went on to make historic gains as it skyrocketed by almost 8,000% over a year-long period, reaching around $1,000 in late November of 2013. (depending on the exchange data).”

And in regard to the last halving, a similar pattern was witnessed, with a 112% gain the year before. Which was closely tracked by a 2867% peak a year after. 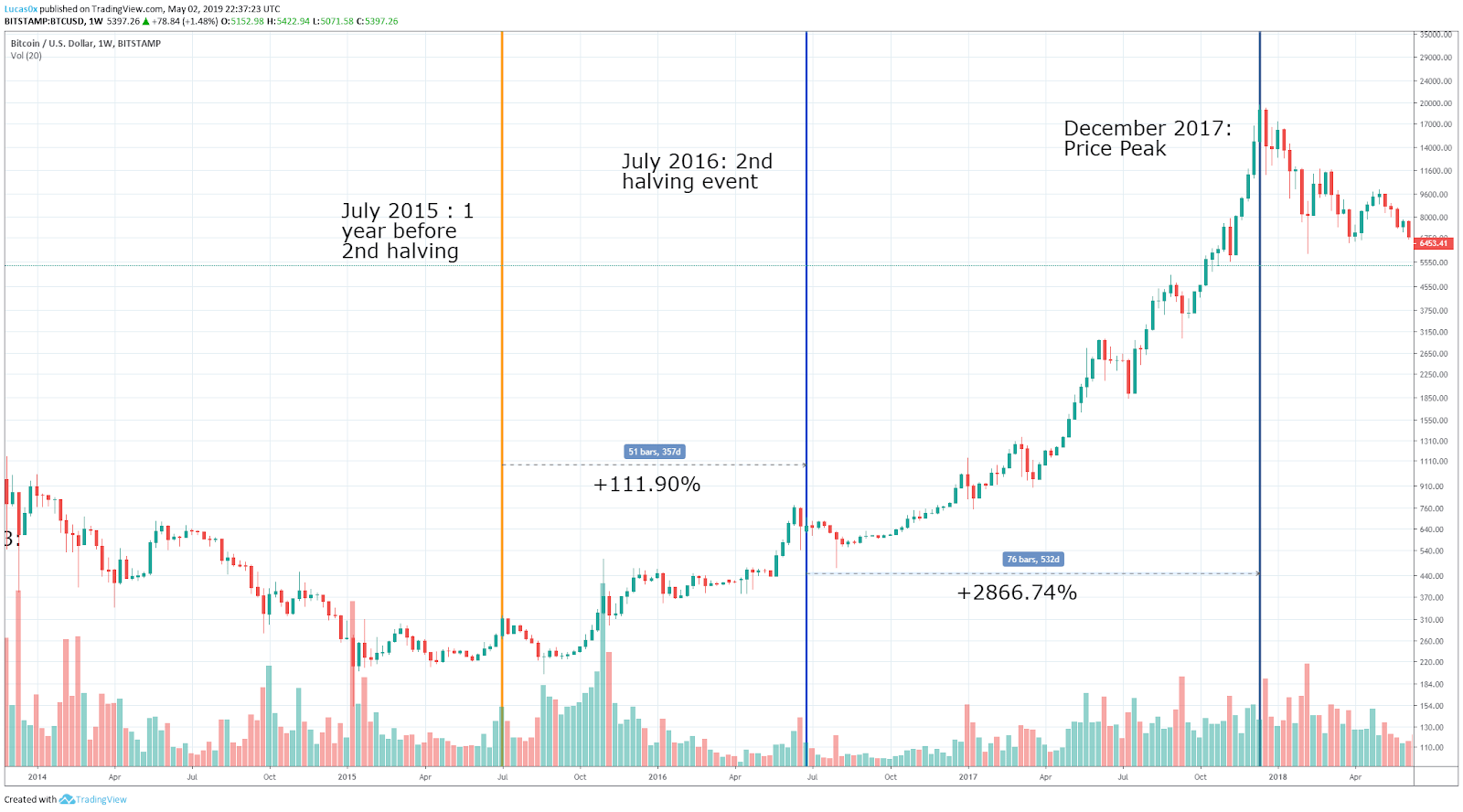 Bitcoin price in relation to the second halving. (Source: medium.com)

” The second halving event dropped Bitcoin’s daily issuance rate from ~3,600 BTC to the current ~1,800 BTC per day. This ultimately pushed BTC into the most recent bull run of 2017 where the asset saw a +2,800% increase over the following 18 months.”

In both cases, there were significant gains a year before, followed by meteoric rallies post-event. Therefore, based on this evidence, it seems that halvings coincide with positive price action both a year before and a year after the event.

The Argument Against Bitcoin Being Priced In

However, coincidence is the operative word, and there is no direct evidence that halvings were the cause, especially when analyzing with a one-year time frame.

As such, there is still debate on whether this year’s halving will follow a similar pattern. As well as continuing discussions about whether halvings are priced in, or not.

Crypto investor, Alistair Milne, points out that patterns to do with interest over time indicate that halvings are not priced in. And so he expects significant room for the Bitcoin price to react.

Q/ What does everyone say is priced in, but definitely isn't? pic.twitter.com/qUxRHRvrKi

And he’s not the only one. Founder of Adamant Capital, Tuur Demeester puts forward a similar case, in that, on the whole, investors have a sense of indifference towards Bitcoin. Which, if so, would indicate a non-pricing in.

Imo people who believe the Halving is already priced in don't take into account that the vast majority of investors are now completely apathetic about $BTC. The Halving buzz will be "news" in that it'll remind the public that bitcoin is very much not dead.

No doubt, these arguments will continue to stir debate. But it’s interesting to note that we find ourselves in a similar pattern to the previous two halvings. 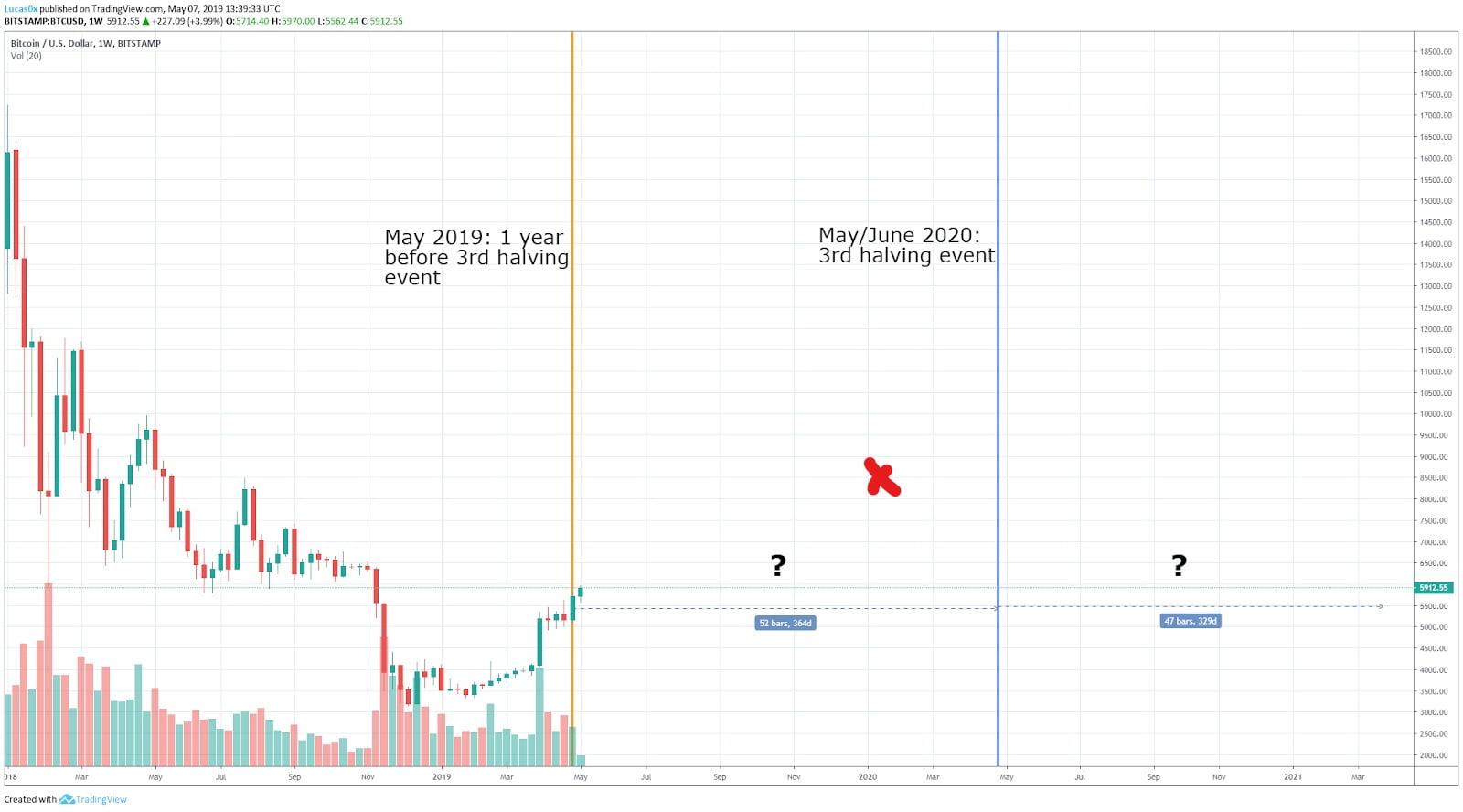 Fitzner Blockchain’s piece was written in May 2019. Since then, we’ve had the benefit of eight months worth of data. And plotting the current Bitcoin price looks eerily familiar.

Bitcoin Halving Isn’t Priced In Based On This Indicator, Which Means Price Will React was last modified: January 20th, 2020 by Samuel Wan

Read More
Tags:bitcoinhalving BitStarz Player Lands $2,459,124 Record Win! Could you be next big winner?
Next Post