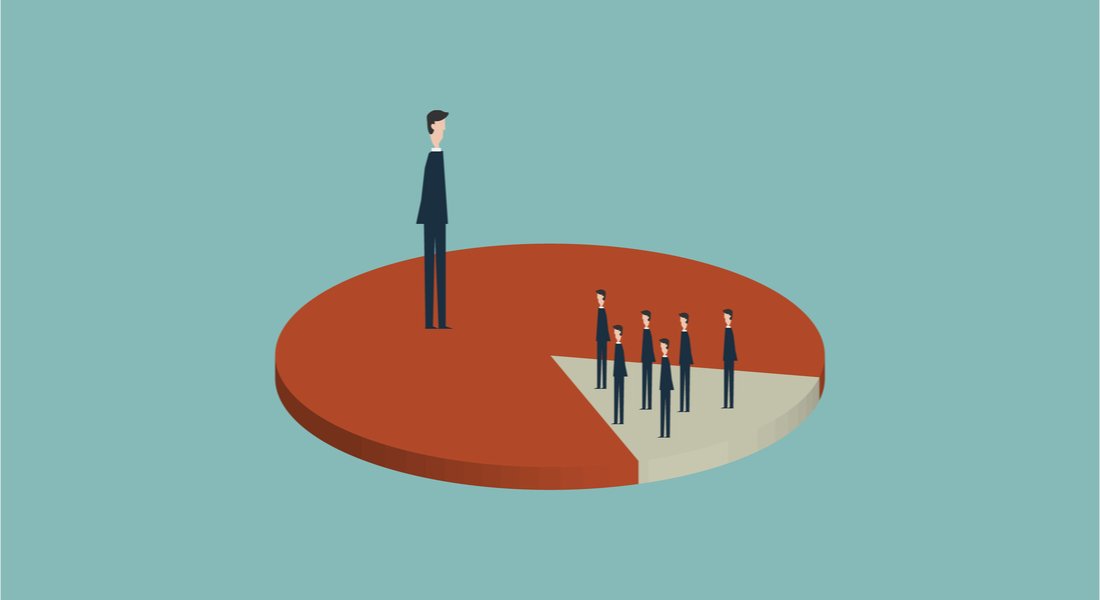 More and more traders would dump their altcoin investments to seek shelter in bitcoin amidst a deepening financial crisis, according to Qiao Wang, head of product at Messari.

The New York-based angel investor said Wednesday that he expects bitcoin’s dominance to rise above 90 percent by the end of the ongoing economic slowdown. The term ‘Bitcoin Dominance‘ refers to bitcoin’s market value relative to that of the broader cryptocurrency market comprising of more than 5,000 assets.

Mr. Wang took cues from the US dollar, a global reserve currency that behaves as a hedge for emerging economies in times of a worldwide financial crisis, noting bitcoin could offer similar protection to traders with extreme exposure in highly volatile and illiquid crypto assets. He wrote in a tweet published Wednesday:

“Bitcoin is to [alternative cryptos] as the USD is to EM currencies, except the Bitcoin Open Miners Committee can’t unilaterally inflate the supply enough to offset the relative increase in demand.”

Mr. Wang’s statements came at the time when almost every higher-, medium-, and lower-cap digital assets logged losses against bitcoin. For instance, the second-largest token by market cap, Ethereum, was trading more than 25 percent lower against bitcoin from its year-t0-date top. Similarly, the third-largest XRP was down by circa 24 percent.

Overall, about $58 billion worth of capital flew out of the altcoin market from February 15 until today. Part of it reached the US dollar market as investors sought cash to cover their margin calls. And the other ended up in bitcoin that pushed its market dominance up from its YTD low of 61.98 percent to as high as 67.91 percent this Wednesday.

Bitcoin’s market capitalization, on the other hand, plunged from $189 billion to $121 billion within the same timeframe. It shows that cash remained an indisputable hedge against the worsening macroeconomic sentiment, further validated by the upside bias of the US Dollar Currency Index (Ticker: DXY). It was up 5.83 percent from its YTD low at the time of this writing.

Following the US government’s $2 trillion coronavirus relief package, DXY has plunged by up to 2.86 percent. At the same time, bitcoin is up by a modest 1.94 percent.

The upside move has followed a bullish narrative that projects the cryptocurrency as a deflationary alternative to an open-ended dollar supply system. As central banks and governments introduce major stimulus programs to safeguard their economies from Coronavirus-induced crisis, some top analysts believe part of the free cash would make its way into the bitcoin market.

As for altcoins, they are most likely to feel sidelined as investors feel the real market pressure in the coming weeks or months. While bitcoin could feel the same owing to higher cash demand, its likelihood of stealing capital from the altcoin market seems higher owing to its relatively lower volatility and higher liquidity.

Tags: bitcoinbitcoin dominancebtcusdcryptocurrency
TweetShare77
BitStarz Player Lands $2,459,124 Record Win! Could you be next big winner? Win up to $1,000,000 in One Spin at CryptoSlots