Bitcoin traded as high as $9,377 before starting a downside correction against the US Dollar. BTC is currently up holding the $9,200 support and it could continue to rise steadily.

Yesterday, there was a decent upward move in bitcoin above the $9,200 resistance against the US Dollar. BTC even surged above the $9,300 level and the 100 hourly simple moving average. 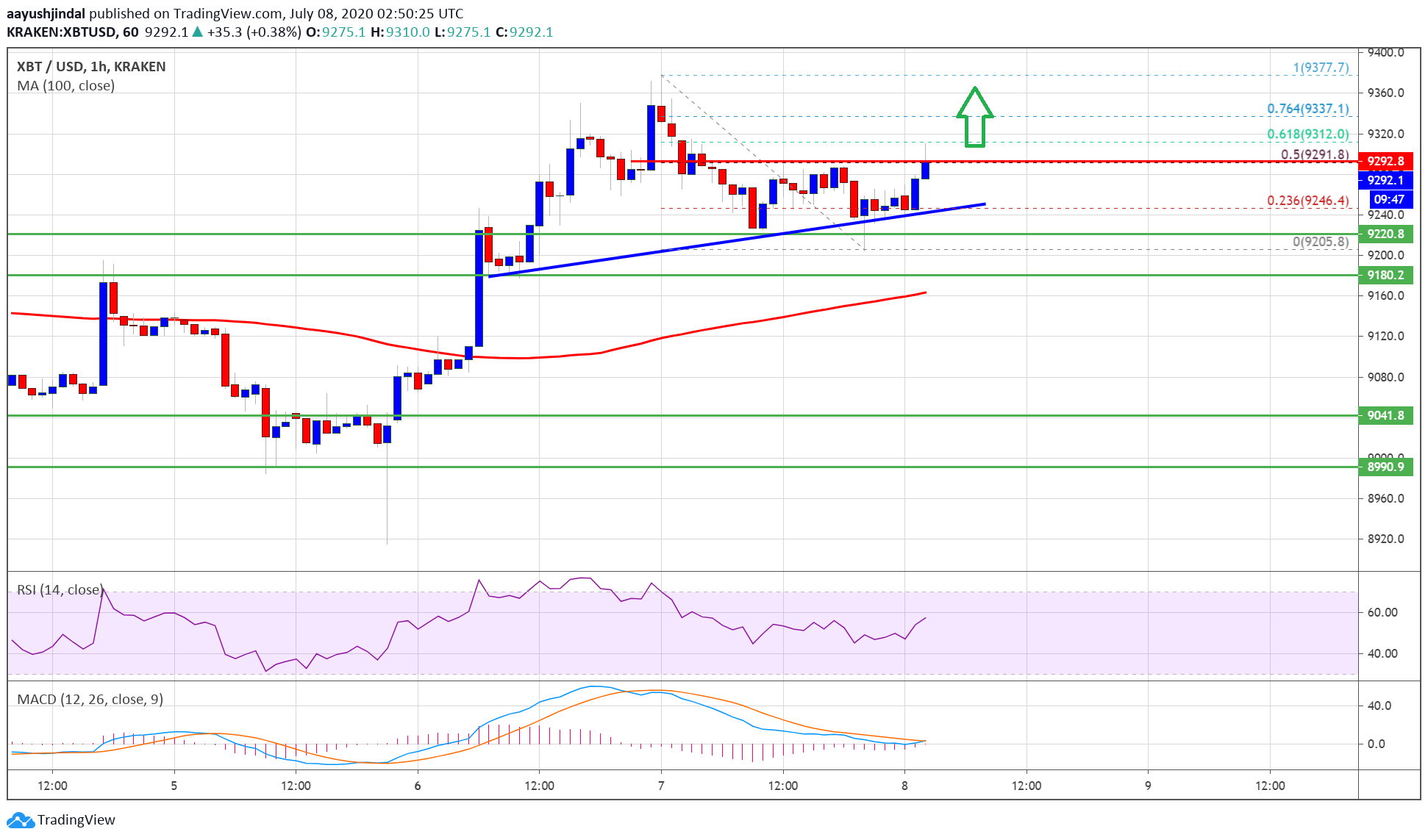 The 50% Fib retracement level of the recent downside correction from the $9,377 high to $9,205 low is also preventing more gains. It seems like there is a key bullish trend line forming with support near $9,250 on the hourly chart of the BTC/USD pair.

Any further losses below the 100 hourly SMA or the $9,150 level could push the price back towards the $9,000 support level in the near term.

Hourly RSI (Relative Strength Index) – The RSI for BTC/USD is currently rising towards the 60 level.