BAND is up over 8,870% since the beginning of the year, but its uptrend approaches exhaustion. The cross-chain data oracle platform Band Protocol made headlines after the impressive price action its native token has enjoyed over the past few weeks. BAND has seen its price skyrocket over 320% since the beginning of August, fueled by the so-called “Coinbase Effect.”

While investors seem to be growing overwhelmingly optimistic about further gains, different metrics suggest that prices are bound for a steep correction.

Band Protocol’s meteoric price action over the past few weeks has not gone unnoticed. Indeed, the number of BAND-related mentions across multiple social media networks surged as market participants appear to have entered a state of FOMO.

The rising chatter around the decentralized oracles token allowed it to move to the number two spot on Santiment’s Emerging Trends list. Such a rise in notoriety has been a bearish sign, historically.

Moreover, data from Glassnode reveals that over 1.6 million BAND were transferred to different cryptocurrency exchanges on August 11 as euphoria took over. The significant spike in exchange deposits is a sign of mounting selling pressure behind this altcoin, which may lead to a pullback. 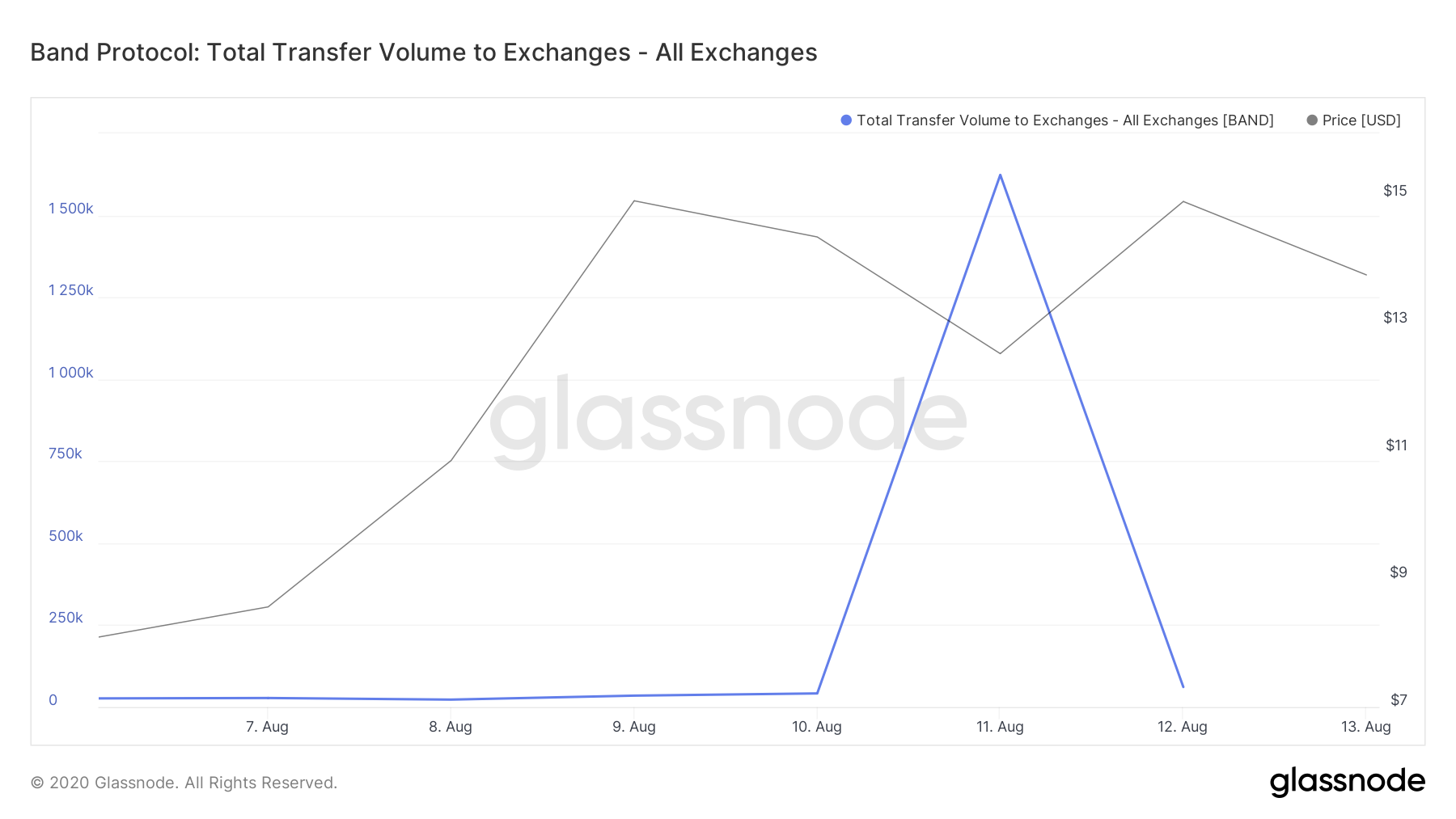 In the event of a correction, IntoTheBlock’s “Global In/Out of the Money” (GIOM) model reveals there is a critical supply wall underneath Band Protocol that could hold. Based on this on-chain metric, roughly 730 addresses had previously purchased nearly 210,000 million BAND around $11.80.

Such a considerable area of interest might prevent prices from declining further since holders within this price range will likely try to remain profitable in their long positions.

On the flip side, the GIOM cohorts show that the most crucial resistance hurdle ahead of the decentralized oracles token sits around $14.3. Here, approximately 540 addresses bought more than 253,000 BAND.

Moving past this supply barrier will likely have the potential to invalidate the bearish outlook and translate into new all-time highs.

Tags: bandband protocolbandbtcbandusdbandusdt
TweetShare
BitStarz Player Lands $2,459,124 Record Win! Could you be next big winner? Win up to $1,000,000 in One Spin at CryptoSlots