Cosmos (ATOM) has been on a remarkable rally over the past few days in spite of the price of Bitcoin stalling and actually undergoing a bearish reversal. The popular altcoin has gained 25% in the past 24 hours alone, setting a new all-time high price.

Analysts believe that Cosmos’ ongoing rally could set off a rally in Algorand, another cryptocurrency. One trader shared the chart below on August 23rd, drawing attention to the similarities on the charts. The analysis suggests that ALGO is primed to surge to a new high, likely above $1.00 if it is to follow the path Cosmos took. 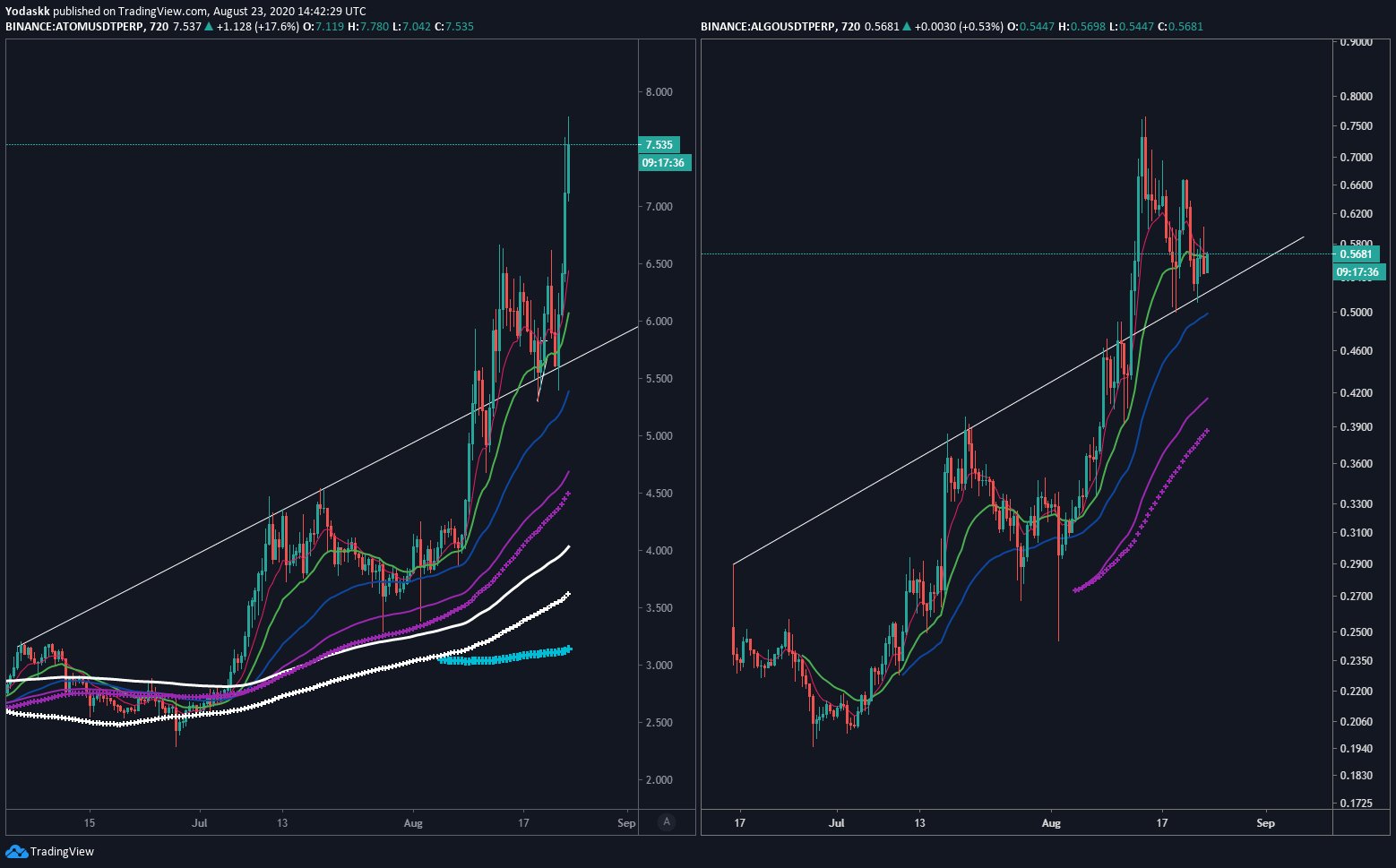 The similarities between the two cryptocurrencies were echoed by another trader, who said that he’s “going to see if ALGO follows ATOM a bit.”

Altcoins May Take the Backseat

Altcoins like Cosmos may soon take the backseat, though, especially with Bitcoin reaching a pivotal point in its trend.

Volatility is expected with the price of BTC as the Bollinger Bands tighten. The bands are a technical indicator used to denote market volatility and important technical levels.

Analysts say that when Bitcoin is undergoing volatility, altcoins are supposed to take the backseat due to investor psychology.

As Nik Patel, a popular crypto trader and the author of “Altcoin Trader’s Handbook,” echoed this analysis. He said that Bitcoin may outperform altcoins until the asset moves to a new all-time high above $20,000.

Tags: atombtcatomusdCosmos
TweetShare
BitStarz Player Lands $2,459,124 Record Win! Could you be next big winner? Win up to $1,000,000 in One Spin at CryptoSlots