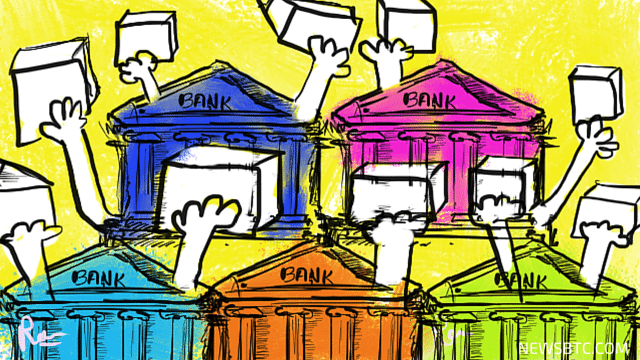 A few weeks ago, nine large global banks announced their plans to embark on an industry-wide blockchain tech development project. These include the likes of JPMorgan, Goldman Sachs, Barclays, Commonwealth Bank of Australia, Credit Suisse, and UBS.

“The addition of this new group of banks demonstrates widespread support for innovative distributed ledger solutions across the global financial services community, and we’re delighted to have them on board,” R3 CEO and former ICAP Electronic Broking CEO David Rutter said in a press release.

“We have placed an emphasis on working with the market from day one, and our partners recognize that a collaborative model is the best way to quickly, efficiently and cost-effectively deliver these new technologies to global financial markets,” he added.

This group of financial institutions will be working together on research, experimentation, design, and engineering to explore the potential applications of blockchain tech in the industry. Banks that have already begun their foray into understanding the implications of the distributed public ledger have realized that the system would be more stable with collaboration and widespread adoption.

“This is an exciting partnership, and we’re very pleased to be involved,” said Niall Cameron, Head of Markets, EMEA at HSBC, in the press release. “Innovative, open-source developments like distributed ledger technology require expertise to deliver but have huge potential, offering banks and their clients the prospect of enhanced security, lower costs and improved error reduction.”

The R3 CEV team will facilitate the collaborative environment to test and validate prototypes. The group operates in New York, San Francisco, and London with several industry partners in those areas in developing the next generation of financial technology.

Tags: Bitcoin Newsblockchain banksblockchain developersblockchain financeblockchain techBlockchain TechnologyNews
Tweet123Share196ShareSend
BitStarz Player Lands $2,459,124 Record Win! Could you be next big winner? Win up to $1,000,000 in One Spin at CryptoSlots