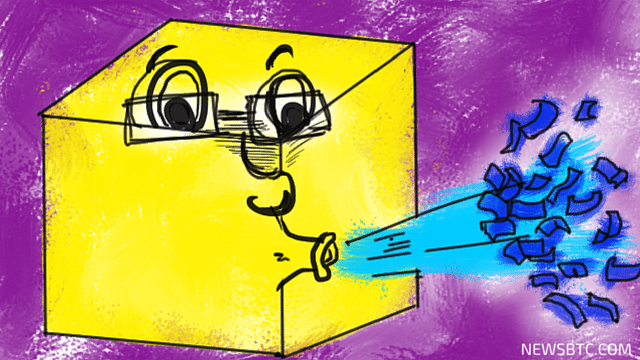 Bank of England Bludges On Bitcoin To Create A Cashless Society!!

Over the past few months, the central bank of England has discussed the significance of a blockchain-based cryptocurrency, and the possibility of issuing its own digital currency as part of an initiative to discourage the use of fiat money in the country.

In  a “Livery Room” session from the Open Forum 2015 hosted by the Bank of England on Wednesday, former JPMorgan executive Blythe Masters outlined the advantages of a “newly invented currency system” such as bitcoin, and the efficiency of the blockchain technology in the settlement of assets and transfer of value.

“The role of central banks and other intermediaries as well in administering monetary systems and currencies would be rendered redundant. The idea is, the invention of technologies would allow peer to peer transfer of value and immunize the newly invented currency system from inflation, deflation, counterfeiting and anonymity,” said Masters.

Since September, the Bank of England has announced their intentions to build a cashless society and implement a negative interest rate on physical currency to decrease the use of cash in the country.

However, truly decentralized and “trustless” networks like the bitcoin blockchain network cannot be controlled or manipulated by a central authority. Meaning, even if the central bank wanted to prohibit certain transactions or delay the settlement of specific assets, the decentralized and immutable nature of the distributed ledger technology would forbid such control.

“What I think is now reasonably clear is that the distributed payment technology embodied in Bitcoin has real potential,”

Bank of England Chief Economist Andrew G Haldane stated in a talk given at the Portadown Chamber of Commerce.

“On the face of it, it solves a deep problem in monetary economics: how to establish trust – the essence of money – in a distributed network. Bitcoin’s “blockchain” technology appears to offer an imaginative solution to that distributed trust problem.”

Instead, the Central Bank of England and international financial institutions are proposing a side-chain like alternative blockchain networks, which either co-exist with the Bitcoin network or operate independently with its own security protocols and mining network, to grant certain level of control to network administrators to restrict transactions and the settlement of assets.

Essentially, the financial systems banks seeks a “decentralized blockchain-based trustless payment network” which practically resembles sthe same system used in the traditional financial sector. In other words, banks are trying to build centralized payment systems on a decentralized network that is the blockchain technology, which defeats the purpose of a distributed ledger.

BitStarz Player Lands $2,459,124 Record Win! Could you be next big winner?
Get 110 USDT Futures Bonus for FREE!
Tags: Bitcoin Newsbitcoin pricebitcoin transactionsBlockchain TechnologycryptocurrencyEvent
Tweet123Share196ShareSend
Win up to $1,000,000 in One Spin at CryptoSlots