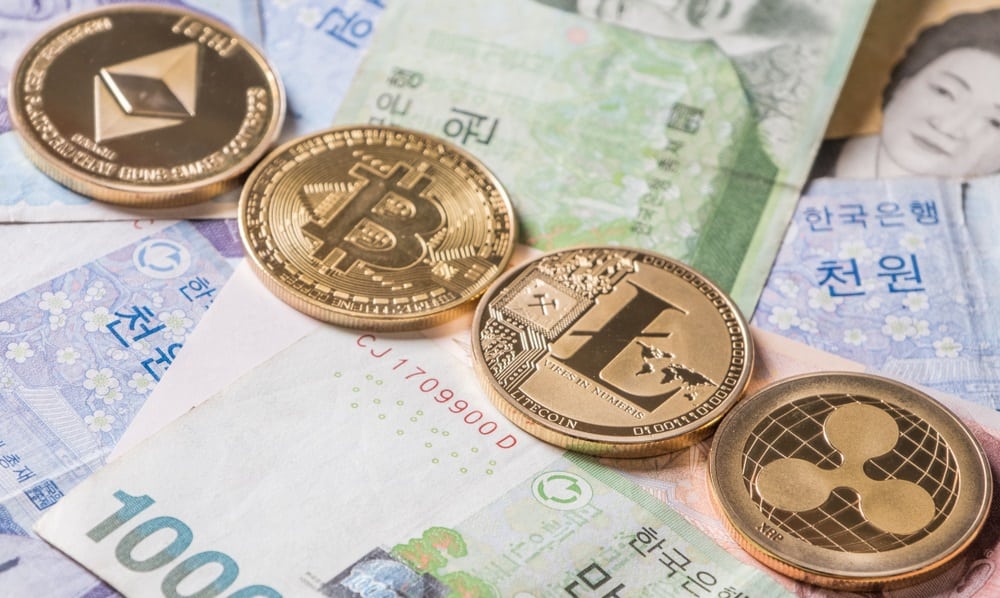 An official report released by the Bank of Korea (BOK) revealed that the outstanding balance of virtual accounts in local banks reached 2 trillion won (US$1.79 billion) as of December 2017. The amount, equivalent to about eight percent of total deposits operated by brokerage houses in South Korea, poses an insignificant risk, according to the central bank.

South Korea has one of the largest cryptocurrency communities in the world, hosting 23 self-regulated digital currency operators and billions of Won traded daily. The top 2 exchanges, Bithumb and Upbit, have dealt nearly $600 million (89,128 BTC) and $121 million (18,097 BTC) worth of trades, respectively, in the last 24 hours (at the time of writing), according to CoinMarkeCap.

Bank of Korea, the country’s central bank, stated that investment in digital currency assets remained low despite the cryptocurrency fever in late 2017 that sent Bitcoin through the roof, up to the $20,000 all-time highs in mid-December.

In that period, when the total market capitalization of all cryptocurrencies traded in exchanges reached $900 billion, Bithumb held over $6 billion in user funds. The operator revealed the information in April 2018 as, being the only publicly listed cryptocurrency exchange in the world, it is required to disclose its holdings and revenues to investors.

The outstanding balance of digital currency accounts in South Korean banks reached 2 trillion won, which is about eight percent of the total 26 trillion won worth of deposits managed by South Korean brokers. The weight of cryptocurrency in banking accounts, however, is not enough to unsettle the country’s top financial authority, reports the Yonhap News Agency.

“The amount of crypto-asset investment is not really big, compared with other equity markets, and local financial institutions’ exposure to possible risks of digital assets is insignificant. Against this backdrop, we expect crypto-assets to have a limited impact on the South Korean financial market”, said the central bank.

The market value of cryptocurrencies, however, nosedived during the year of 2018 with market capitalization standing at $273 billion today, compared to nearly $600 million on 31 December 2017. This is expected to have made a significant dent in the value of South Koreans’ cryptocurrency holdings year-end.

As South Koreans increasingly adopt digital assets as an investment and as a means of payment, lawmakers have come up with a number regulatory measures, including a real-name account system and a ban on investment by minors. The country’s financial watchdog, the Financial Services Commission, has recently admitted “there are a lot of issues” with the current regulation which need to be addressed and reviewed.