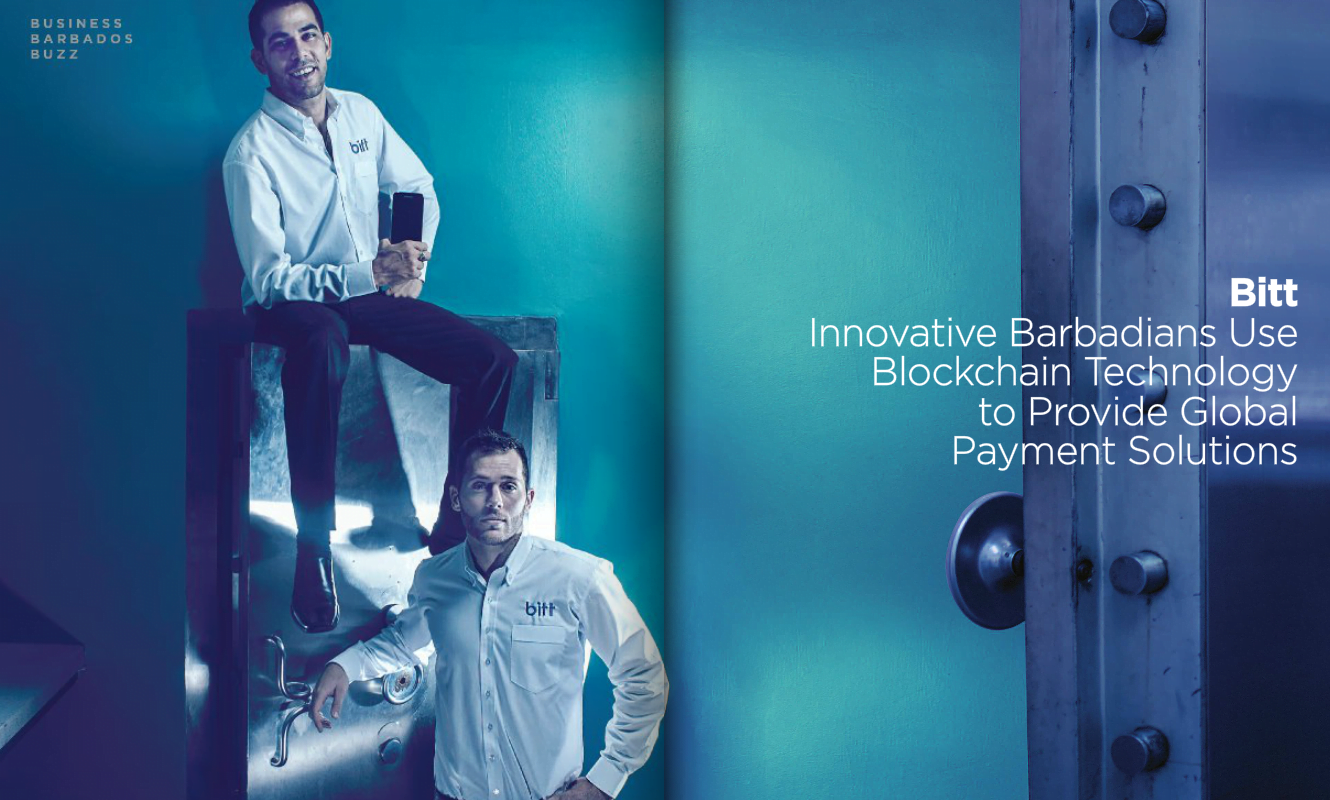 Over the past few years, Bitcoin wallet and exchange platforms have expanded throughout the European, American, African and Asian regions, providing a substantially high level of liquidity for bitcoin holders. Bitcoin startups in the Southeast Asian region for example provide several different methods for their local users to easily cash out and purchase bitcoins with ease.

However, the Carribean islands lack necessary bitcoin infrastructure and blockchain-based services to allow their residents to use bitcoin in various financial procedures such as remittance, cross-country payments and digital asset settlements.

For the first time in the Caribbean islands, Bitt, as a leading bitcoin startup aims to provide reliable bitcoin and blockchain-based financial services such as remittance services, mobile money, merchant processing solutions and a digital exchange.

By accepting bitcoins through Bitt, merchants in the Caribbean islands can easily withdraw their user funds on one single platform, using the Bitt platform’s smart digital platform. Furthermore, Bitt is trying to limit the volatility of Bitcoin using the blockchain protocol.

“To limit the volatility of Bitcoin, the company builds into the blockchain protocol a digital equivalent of a country’s fiat currency creating an immutable proof of the issuance of a country’s own digital assets. These digital tokens are tied at a 1:1 ratio to their fiat counterparts.” stated Business Barbados.

In the upcoming months, Bitt and its co-founders Oliver Gale and Gabriel Abed plans to allure mainstream merchants and the general population to use their bitcoin-based international money transfer service and bitcoin processing application to eliminate transactions and conversion fees which established financial institutions like Western Union and Paypal per payment.

“Bitt has built international money transfer services (like Western Union), merchant payment solutions (like PayPal), mobile money for domestic payments (like M-Pesa) and a mobile wallet for storing and spending from your phone (like Google Wallet). We just did it with superior technology, allowing us to build faster, offer lower fees to our end users, with best practice security standards and the provision of ultimate transparency for regulators,” said Bitt co-founder and CFO Oliver Gale.

Over the past two years, the Bitt team has grown from a team of 2 to a team of over 30 international employees spread across USA, France, Jamaica, Trinidad, Canada and Barbados. The global distribution of their team allows the firm to gain a solid understanding of various bitcoin industries and compliance environments worldwide.

Ultimately, the Bitt team targets to enable anyone in the Caribbean to use bitcoin and other digital currencies to transfer value quickly, with relatively low transaction fees.

“Our ultimate goal is to empower every man, woman and child in the Caribbean with global and domestic financial inclusion and access to digital currencies. There are draconian fee structures in the Caribbean and Latin America when it comes to accessing and transferring value between parties,” explained Bitt co-founder and CEO Abed.

Tags: barbadosBitcoin NewsBITTBlockchain TechnologyBusiness Barbados
TweetShare
BitStarz Player Lands $2,459,124 Record Win! Could you be next big winner? Win up to $1,000,000 in One Spin at CryptoSlots