Beewallet: Could It Ace Out Other Bitcoin Apps? 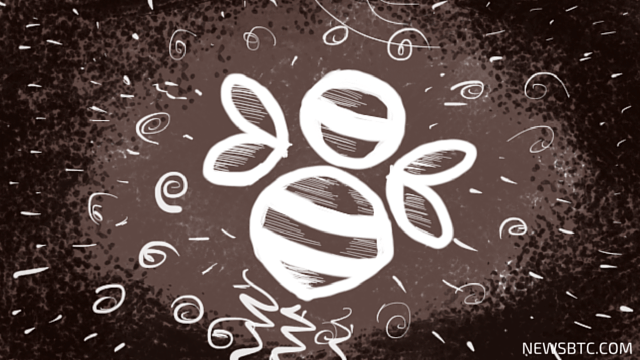 NewsBTC managed to nail an exclusive interview with Jorges Sanches, the CEO of Beewallet and he gave us a heads up regarding Beewallet’s future plans especially after partnering with Uphold.

Beewallet, an iOS client with exclusive support for Uphold’s (previously known as BitReserve) platform, developed by Jorge Sanchis, has recently integrated Praha-based bitcoin startup Cashila’s licensed API to enable all of its users to pay any utility bills using bitcoin in Europe.

Bit2Me is a simple and instant bitcoin exchange with more than 10,000 bitcoin-supported ATMs across seven countries. Awarded as the best Spanish startup in 2015 by CaixaBank and Actualidad Economica, Bit2Me is becoming the “go-to app” for instant purchase selling of bitcoin to or from euros.

The integration of Bit2Me’s bitcoin trading API enables Uphold account holders on Beewallet to securely exchange bitcoin to Euros and receive cash from 10,000 ATMs and 150 banks.

Additionally, with the support from the Living Room of Satoshi, Beewallet users can now pay any Australian utility bills directly from an Uphold account without transferring funds to different platforms or wallets.

Sanchis plans to integrate more important bitcoin services and APIs onto Beewallet to design the app to become the “killer app of bitcoin.”

“As far as it’s very difficult to integrate every bitcoin service, I want to integrate as much as I can. I would like for Beewallet to become the app on which you can do almost anything.”

“Every service will be integrated as a module and is up to the users to activate only the services they use. Doing this, every user will have a customized version of Beewallet,” he added.

In bitcoin-friendly countries such as Thailand and the Philippines, services like Rebit.ph and Coins.ph have become the killer apps of the country. Coins.ph was launched in early 2014. Since then, it has secured local partnerships with banks and financial institutions to allow users to purchase and sell in 50 different outlets, thousands of ATMs and remittance networks. Furthermore, users can pay local utility bills with bitcoin.

Today, there are no services like Coins.ph in Europe, Latin America, the United States and the Middle East. The only startups offering such services are based in South Korea, Australia, the Philippines and Thailand.

Currently, Beewallet users are able to purchase and sell bitcoin instantly in Europe, and to pay utility bills in Australia and Europe. As the the Beewallet team continues to integrate more services and engage in local partnerships, the iOS client may evolve into the bitcoin killer app the community has sought for the longest time.

“I am working on new integrations that will be announced soon, but more important is that I am open to integrate almost any useful service with an API,” said Sanchis I am always open to proposals.”.

The Beewallet team may search for potential investors later on in the stage as the user base grows.

“Taking any investment is something I should decide shortly. My decision will be based on the interest I see in the community about Beewallet, but raising capital would surely help to develop faster and better,”