At spot rates, Bitcoin’s overall valuation is far from $1 trillion Chris Burniske projects. While we don’t have the time frames, prices must increase 10X to hit those levels. Even so, this will happen in lock-steps with next targets at $6,000.

The first wave in 2016 took its overall valuation to $10 billion, and in 2018, Bitcoin’s market cap peaked at around $100 billion. Since prices are printing series of higher highs bolstered by an upbeat market, the next leg up would, therefore, propel the market cap of the most valuable coin to $1 trillion. At that valuation, BTC would change hands at $50,000.

At spot rates, that is a 10X increment, an attractive proposition for investors who had to contend with a 75 percent drop during last year’s winter. However, for Bitcoin to reach these astronomic valuations, Jeff Sprecher, the chairman of NYSE, believes that the coin must evolve into a perfect store of value with robust infrastructure and a good market structure that can handle a surge in demand:

“Bitcoin does not have a good market structure. Even for Bitcoin, different markets are posting lots of different prices. And you can pay an up to 6 percent spread to exchange dollars for Bitcoin, meaning Bitcoin needs to rise by as much 6 percent before you break even.” 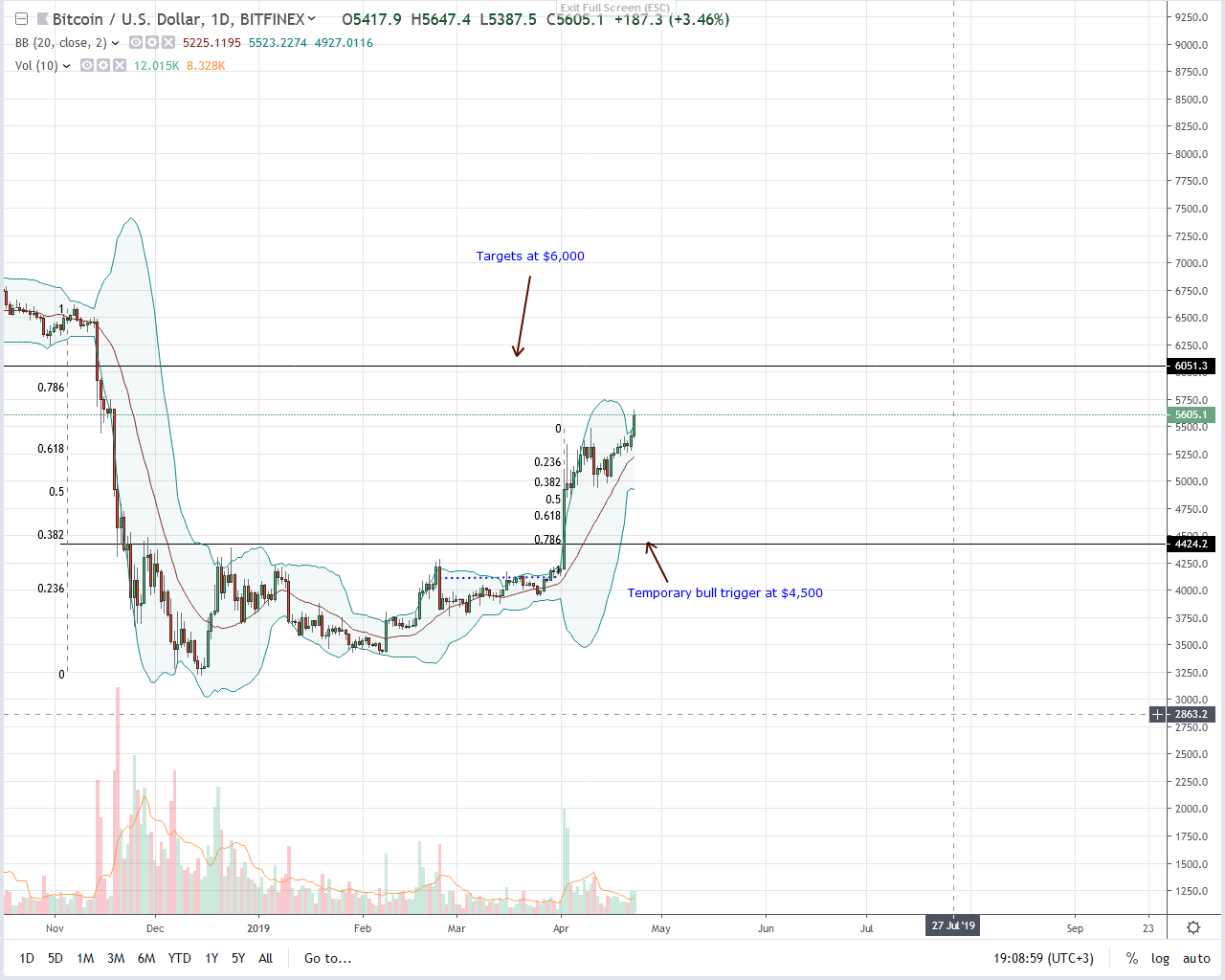 Because of this exemplary performance, BTC buyers are back and firm above $5,500 meaning risk-averse traders can load up on undervaluation with targets at $6,000 as mentioned in our last BTC/USD trade plans.

Besides price, the underlying buy momentum is strong now that BTC did find support at the 38.2 percent Fibonacci retracement level of the week ending Apr 6. As a result, every retest is another buying opportunity confirming buyers of Apr-2.

By reversing losses of Apr-11, the double bar bear reversal pattern of Apr 10-11 no longer holds. As a result, bulls are in control thanks to today’s uptick in participation. As aforementioned, every dip would be another buying opportunity as long as prices are above the $5,300-400 zone.