BiboxEurope Launches Referral Program, Users can Earn up to 80% in Commissions 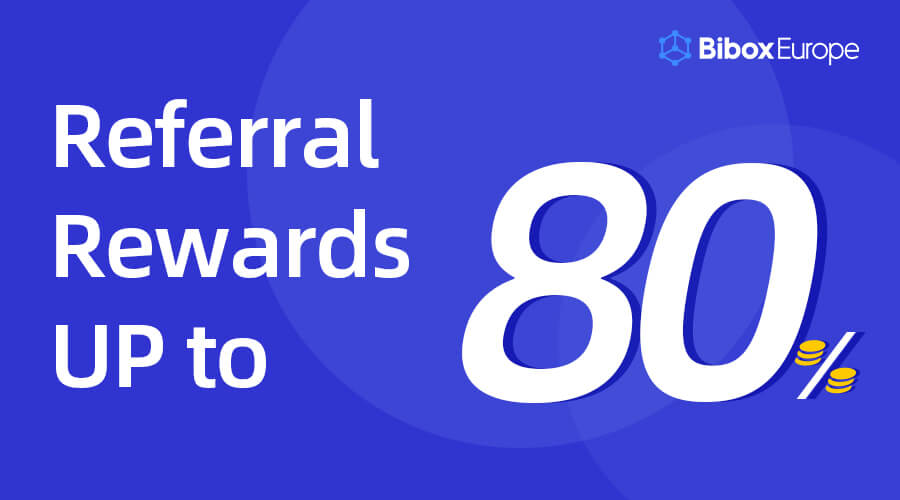 BiboxEurope is at it again. The Swiss fiat-to-crypto exchange platform has announced a new set of benefits for its users, in the form of a referral program, enabling them to make the most out of their offering. The program is set to go live on September 18, 2019 and conclude by the end of October 2019. Those users who are participating in the BiboxEurope Referral Program stand to earn a whopping 80% in commissions by referring their friends and family to become part of the Bibox community.

The BiboxEurope Referral Program follows two other attractive announcements made by the company since its launch about two months ago. The first major announcement as a part of the inaugural offer was free deposits into the account, along with industry-low fees. The second announcement was the launch of its Insta-Buy feature that enables users to purchase cryptocurrencies with credit cards at unmatched rates. BiboxEurope’s Insta-Buy feature witnessed a huge rush on the opening day, forcing the company to briefly suspend the functionality to boost their infrastructure so that the platform can handle higher demands. The feature was later reintroduced in about a week’s time.

The new Referral Program will be live till October 31, 2019 and comes with a set of rules for the users to avail all the associated benefits of that program. Some of the event rules include:

Throughout the duration of the program, BiboxEurope will be updating the referral and commission histories once every day at 8 AM (GMT +1). The referral commissions earned by users will be distributed to their respective accounts on the next day at 10 AM (GMT +1). The rules governing the campaign may be tweaked based on the community response and suggestions during the course of the Referral Program to ensure smooth functioning of its operations as well as better user engagement.

In order to refer their friends and family to the program, users on BiboxEurope can share their exclusive referral link, which needs to be used by the recipient to sign up on the platform and start trading. Once those referred to the platform start trading, a portion of the commissions charged on these trades will be shared as referral reward, with the user whose referral link was used. The referral link will be available on https://www.bibox.cc/rebate under the “Refer-a-Friend” page.  The latest 10 referrals and respective earnings from them will be available on the referral page, with the rest listed under Referral History.

In short, the rewards earned by users is directly proportional to the trades executed by their referrals. More the number/size of trades by the referral, higher will be the payouts to those users who referred them on to the platform.

In addition, it is worth noting that BiboxEurope has a great reputation, which is further influenced by the company’s licenses, legal and regulatory compliance and collaboration with some of the leading Swiss and German banks. The platform has also raised equity investment from a world-leading Top-10 bank.