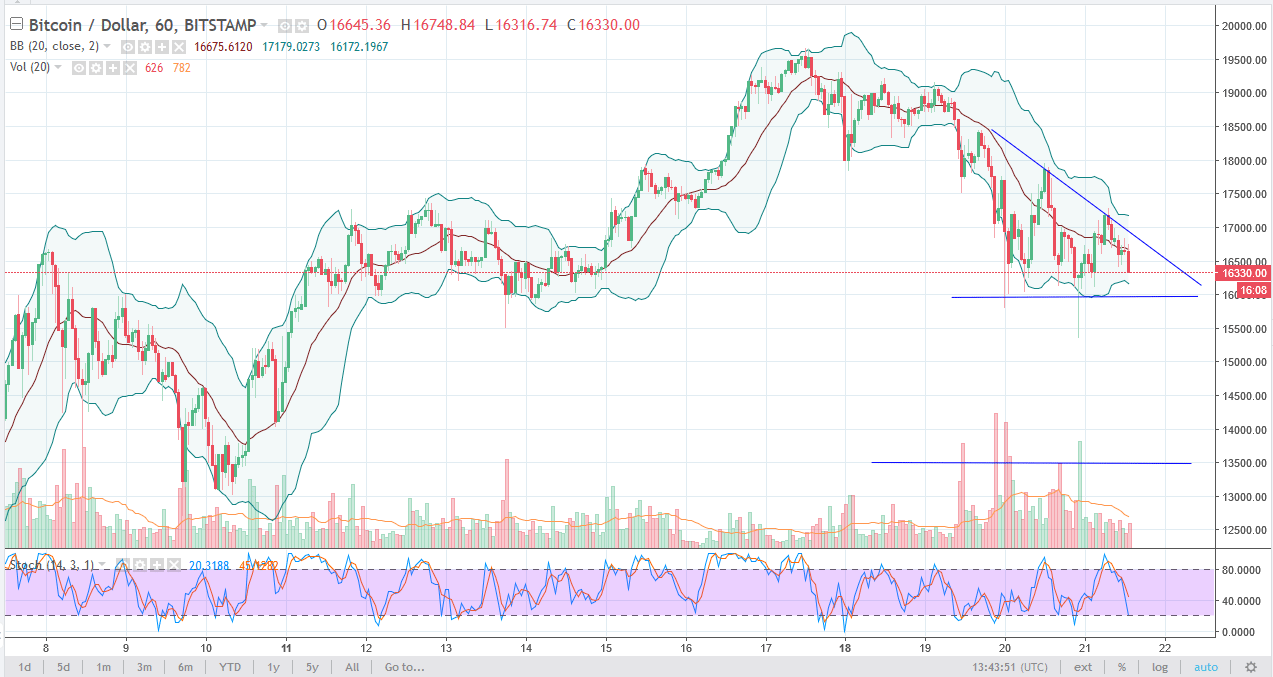 After a major hack in South Korea, Bitcoin has taken a bit of a tumble, but more pressing is the holiday season coming up. I believe that most of the selling pressure that we are starting to see is due to retail traders cashing out the gains to buy Christmas presents. The $16,000 level below has been supportive, and that support extends down to the $15,500 level. However, if we break below $16,000 again, we would trigger a descending triangle that could measure a move all the way down to the $13,500 level. There is most certainly a downside bias in the market. 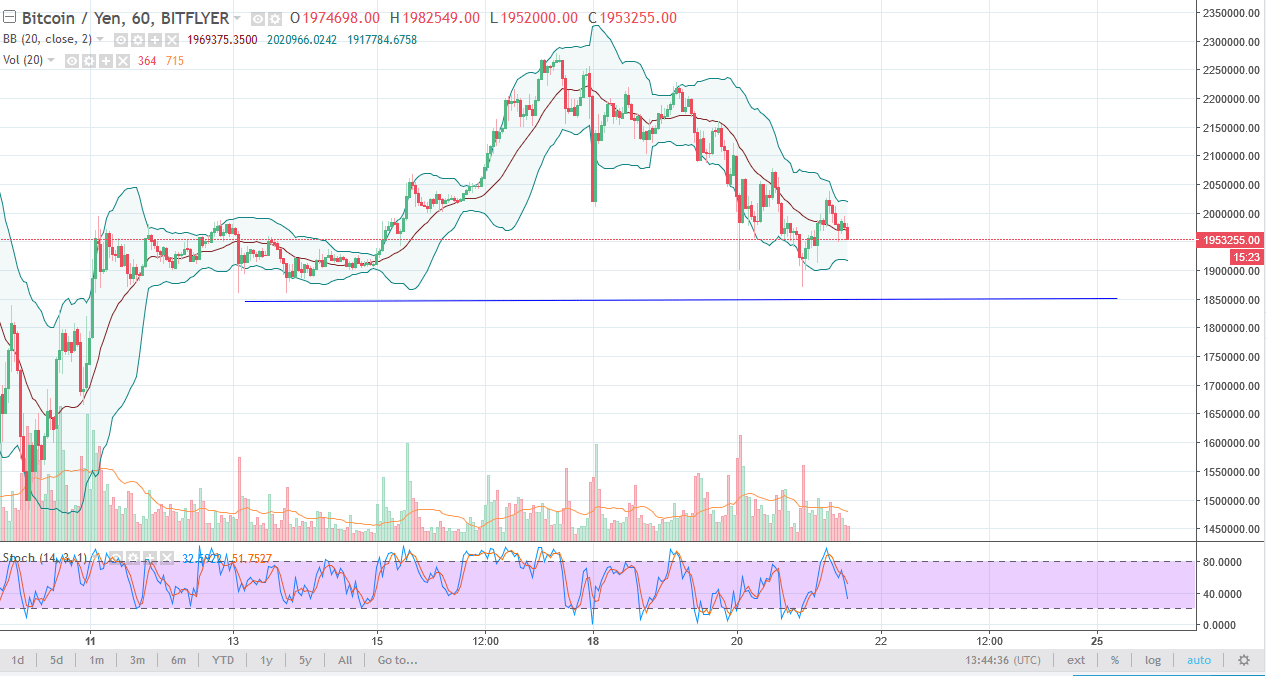 Bitcoin has also tumbled against the Japanese yen, with the clear support level near the ¥1.85 million level. A breakdown below there could send this market much lower, perhaps as low as ¥1.5 million over the longer term. That being said, a bounce from that same area could create a buying opportunity.

Thanks for watching, I’ll be back next time